Where Are Savannah and Cesar From The Wedding Coach Now?

Netflix’s ‘The Wedding Coach’ features comedian, actress, and writer Jamie Lee as host and last-minute troubleshooter for soon-to-be-married couples. The former bride and co-author of ‘Weddiculous: An Unfiltered Guide to Being a Bride’ introduces a different comedian and friend in each episode, bringing them along on the wedding adventure to advise and assist the nervous couple. Episode 3 features one such couple, Savannah and Cesar, who is in the last few days of planning a precarious multicultural wedding, and Jamie steps in right in time to make their special day a success. We decided to see what they had been up to since their time on ‘The Wedding Coach.’

Savannah and Cesar met whilst they were both working at the University of Houston. Not thinking much of each other at first, they soon fell in love and a few years later were expecting a child and planning their wedding. Leading up to their big day, one of their major concerns was finding a multilingual officiant to conduct the wedding since Cesar’s family spoke only Spanish, and the couple wanted both families to feel equally involved in the wedding. 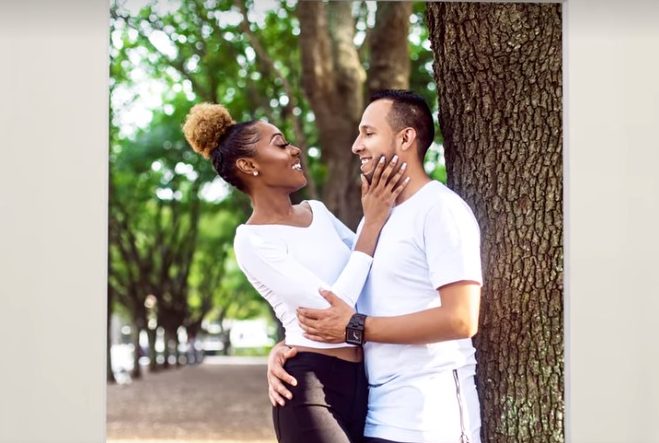 Cesar also needed help expressing his emotions for Savannah in his wedding vows. However, the real bump in the wedding, literally, was the couple’s pregnancy, which they had kept secret from both their families. Needless to say, the couple was fretting about how to break the news. To help solve Savannah and Cesar’s wedding day complications, Jamie enlisted the help of her bilingual friend and comedian, Matteo Lane.

With a few hiccups and a lot of laughs along the way, Jamie and Matteo were able to help Savannah and Cesar pull off their wedding successfully and also break the news of the couple’s pregnancy in a heartfelt way. Since Matteo spoke Spanish, he also ended up stepping in as a co-officiant for the ceremony and truly became a part of the wedding party.

Where Are Savannah and Cesar Now?

Savannah Fields and Cesar Arellano got married on October 26, 2019, at the El Balcon Event Hall in Houston, Texas. The pregnant couple had a baby boy in February the following year and named him Cesar Adnan. She continues to work at the University of Houston, according to her LinkedIn profile. Apart from featuring on ‘The Wedding Coach,’ Savannah has continued with her modeling career, with photoshoots both during and after her pregnancy.

As for Cesar, he holds the position of Associate Grants and Contracts Analyst for The University of Texas MD Anderson Cancer Center, according to his LinkedIn profile. He juggles this along with his furniture business, SAGAS Cabinets. But that’s not all that keeps him busy. According to his social media, Cesar also cultivates organic eggs and chickens. Evidently, the new parents can handle these various responsibilities very well.

A family picture from Christmas shows both Savannah and Cesar’s family spending the holidays together, which is especially significant since the families did not speak the same language, and the couple was worried that they would not be able to celebrate together. It looks like that is something they don’t need to worry about now!

Read More: Where Are Markesha and Brandon From The Wedding Coach Now?