Where Are Selena’s Parents Now? 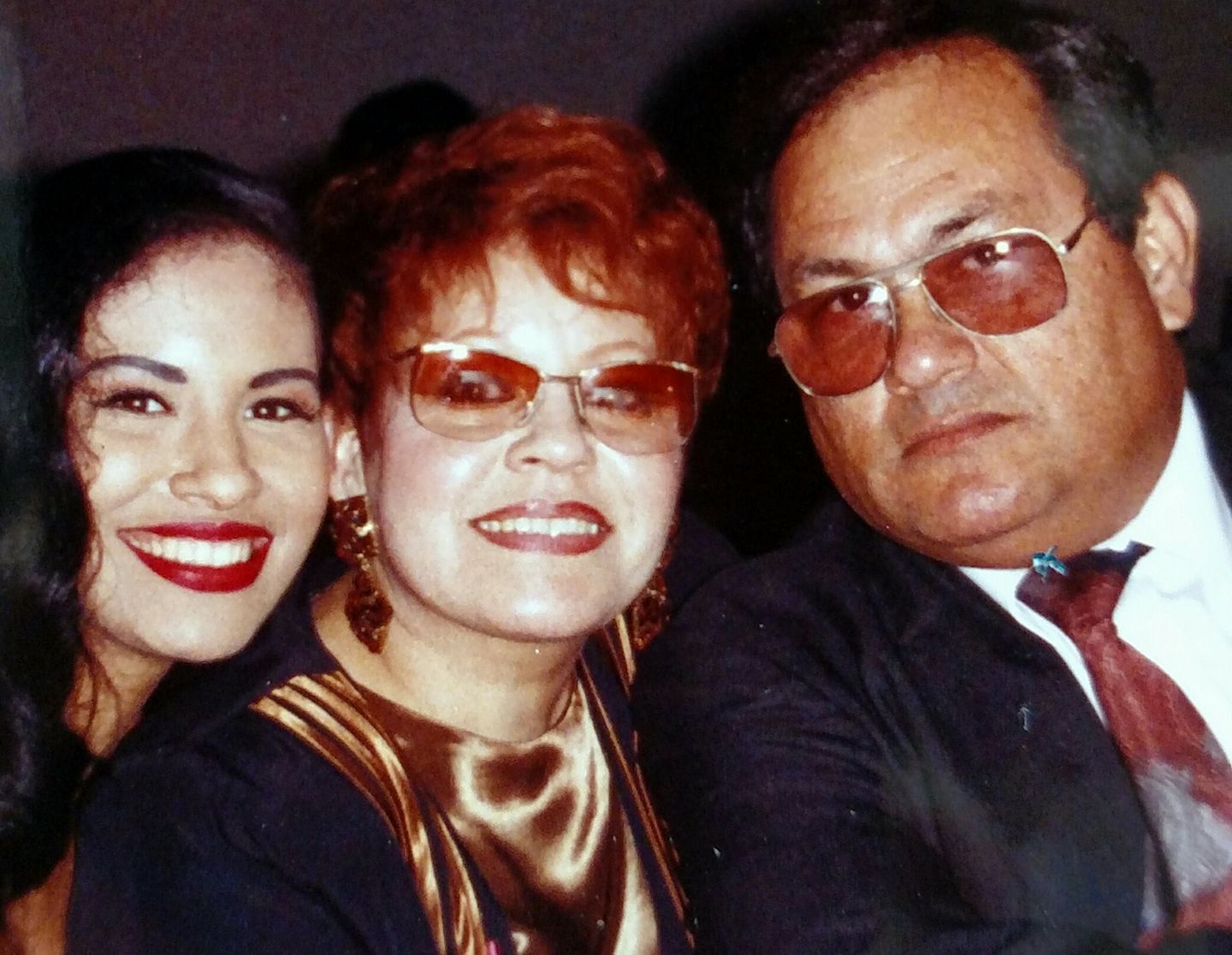 In ‘Selena: The Series,’ we get to see the Quintanilla family make many sacrifices in order to realize their collective dream of making it big in the Tejano music industry. But the person who really stands out in season 1 is Selena’s father, Abraham. The ever so tenacious man is seen calling all the shots while thinking about what is best for his family. But in those moments where he gets too intense and passionate for his own good, his wife, Marcella, steps in as moral support. So, let’s learn a little more about the real-life counterparts, shall we?

Who Are Selena’s Parents?

The patriarch, Abraham Quintanilla Jr., was born on February 20, 1939, and had five other siblings. Although he went to Roy Miller High School in Corpus Christi, Texas, he dropped out as a senior to focus on his own music career. It was in 1957 that he heard his former classmates perform and became enamored with the group. When he found out that the singer was quitting, he approached Los Dinos and was eventually given a chance. They went on to record singles like “So Hard to Tell” and “Give Me One Chance.”

In 1961, Abraham was drafted into the military and was stationed at Joint Base Lewis–McChord. He also met Marcella Samora around this time, and they tied the knot on June 8, 1963. In December of the same year, she gave birth to their firstborn, Abraham Isaac Quintanilla III (who goes by AB), whereas Abraham was discharged from active duty. They relocated to Corpus Christi, where he joined Los Dinos once again.

But by 1969, the popularity of the group faded. They had also welcomed their first daughter, Suzette, almost two years prior. In the 70s, the family shifted to Lake Jackson, Texas, where the patriarch held a job with Dow Chemical. Interestingly, Marcella had apparently been diagnosed with a tumor, but when they got a second opinion, they found that she was pregnant. On April 16, 1971, Selena was born.

Abraham took note of Selena’s vocal prowess when she was just 6— “Her timing, her pitch were perfect. I could see it from day one.” He then created a family band called Selena y Los Dinos, where AB played the bass and Suzette was on the drums. In 1982, the father opened a restaurant called PapaGayo’s, which is where his children would perform.

However, by the time the 80s recession rolled around, not only did the patriarch have to shut down shop, but the family was also evicted from their home. They turned to music for an income, and the band would perform almost everywhere, including weddings, quinceañeras, and fairs. Soon, Selena’s popularity skyrocketed, and she even appeared on the ‘The Johnny Canales Show.’

The daughter also dominated the Tejano music industry and won the Female Vocalist of the Year at the Tejano Music Awards 11 times! Talking about the success of the band, AB said, “There are a lot of families who think, ‘My kids are talented, they sing, they’re awesome,’ but my dad, as a musician, saw something that we didn’t.”

Where Are Selena’s Parents Now?

Interestingly, when Selena married the band’s guitarist, Chris Pérez, Abraham was not at all happy. But as time progressed, he came to accept it. Marcella, on the other hand, never really had any issues with her daughter’s relationship. Unfortunately, Selena’s life was tragically cut short when the President of her fan club, Yolanda Saldivar, fatally shot her in March 1995.

Many reports have stated that Abraham was particularly affected by this event not solely because Selena was his daughter but also because he was the one that had hired the culprit. He seemed to suffer from emotional trauma, distress, and depression as well. Following this, Abraham and Marcella launched The Selena Foundation, which helps children in need. They also vehemently protect Selena’s legacy and are involved with the Selena museum as well.

Apart from this, Abraham also worked on the 1997 biopic, ‘Selena,’ as a co-producer. The parents were also involved with a Selena collaboration with M.A.C. In 2016, the first lot was released and became one of the most successful projects that the makeup conglomerate ever had worked on. In fact, the collection was sold out within minutes. In April 2020, the La Reina collection released. In 2017, they were present at the ceremony where Selena was awarded a star on the Hollywood Walk of Fame.

On May 9, 2020, the family was also arranging a concert to celebrate the life and work of the legendary singer at the Alamodome in San Antonio. However, owing to the coronavirus pandemic, it was canceled. It also turns out that the now 81-year-old Abraham is writing a book on his deceased daughter, which is slated to release by the end of 2020.

Marcella, now 76, still wants people to remember her daughter for her heart and kindness. The mother recalled a beautiful interaction between Selena and a fan— “This girl admired the boots that she (Selena) was wearing, and she took them off and gave them to her. That’s how kindhearted she was. If you said something negative about somebody, she would say something positive. She didn’t like negativity … She had a big heart.”

Read More: Where is Yolanda Saldivar Now? Is She in Prison?