Where Are Skylar Deleon and Jennifer Deleon Now?

The disappearance and death of a beloved couple shook the entire country. Jackie and Thomas Hawks were living out their retirement on board the boat of their dreams called “Well Deserved.” Their family and friends knew the couple to have worked hard to lead a peaceful, happy, and fun post-retirement life. After almost two years of cruising, they seemed to have lived their dream when the news of a grandson greeted them. The couple decided to end their glorious adventures with their grandchild and put up an ad for their precious boat. Soon, a rather young buyer showed interest in the boat.

The buyer was Skylar Deleon. Along with her pregnant then-wife, Jennifer Deleon, and their daughter, Skylar ensured the Hawks that he was genuinely interested in the boat. However, the story took a far twisted and dark turn once the Hawkses entertained Skylar and her two other companions onboard “Well Deserved” for a test run. Jackie and Thomas went missing after that day. Days later, Skylar Deleon was arrested for the murder of the Hawks couple in what unfurled to be a nasty yet detailed plot to kill the Hawkses and take their money. Jennifer was also convicted of being involved in the crime. The crime has been featured in ABC’s ’20/20′ under the episode titled ‘Overboard.’ Let us find out all we can about Skylar and Jennifer and their involvement in the crime.

Who Are Skylar Deleon and Jennifer Deleon?

When the Hawkses put up their boat “Well Deserved” for sale, they were contacted by Skylar Deleon as an interested buyer. At the time, she was 25 years old and introduced herself as a child actor, which she cited to be the source of her financial circumstance. She had also stated that she had made some money in the real estate business. Skylar Deleon has played a small side-role in the children’s TV show ‘Mighty Morphin Power Rangers’ at the age of 14.

Skylar had had a rough childhood, living under the shadow of a drug dealer father who she claimed physically abused her and let others sexually exploit her. Skylar and Jennifer met through online interactions and later got married. Jennifer was the sole earner of the family and worked as a hairstylist. Going by their financial status and living conditions, they did not seem likely to the police to have the capabilities to buy as luxurious a boat as “Well Deserved.”

Tom Hawks, a former probation officer, was also unsure about the buyer. However, the Hawks couple were relieved of their doubts when Skylar showed up with her pregnant wife, Jennifer Deleon, and their toddler daughter. Both the parties came to a settlement regarding the boat, which required Skylar to pay $435,000 and an extra $15,000 for some personal things. On November 15, 2004, Skylar came to the Hawkses for a boat run with two men. Jennifer was not with her at the time. After the Hawks couple was reported missing by their family and later in November 2004, the Newport Beach police began investigating the case. They searched “Well Deserved” and found a receipt from Target, dated November 17, 2004. Detective Sergeant Dave Byington reckoned the list to be a list he would consider handy if he was planning to clean up a murder.

Another evidence that led the police directly to Skylar was the Hawkses’ SUV, which had also been reported missing. The SUV was recovered from a location in Mexico outside a mobile home, the owner of which said that the car had been given to him by his friend Skylar Deleon. Moreover, a swab from the SUV matched the DNA of Skylar, according to a report. In a previous interview with the police, Skyler had denied being in contact with the SUV, but the DNA evidence said otherwise.

Following the discovery of the car, the police tracked down Skylar. She happened to be on probation for armed burglary and stayed in the garage of her then-wife Jennifer’s parent’s house with their daughter. Police later found out that Jennifer’s father had retrieved supplies in the Target receipt on his daughter’s demand.  The police had also surveyed the Deleons for some time, hoping they would notice something which would confirm their suspicions. However, all they saw was a normal family who would volunteer at the church from time to time. While searching the Deleons’ home, the investigators came across much incriminating evidence, including the boat papers, the Hawkses’ laptop, and a video camera that also belonged to the Hawkses. The camera contained clips of their journeys and then abruptly ended to show Deleons celebrating Thanksgiving with their family.

Skylar Deleon was arrested in December 2004 on money laundering charges initially due to his claim of buying “Well Deserved” with cash that he had told the police he had obtained from drug sales. The authorities stated that the transaction had never taken place. Later on, Jennifer was also arrested in April 2005, in connection to the Hawkses murders when she went to Skylar at Orange County Jail.

Where Are Skylar Deleon and Jennifer Deleon Now?

In 2005, the prosecutors filed charges of double murder against Skylar Deleon. He was sentenced in April 2009, where the jury voted for the death penalty. According to a testimony provided by witness Alonso Machain, who was also an accomplice to the Hawkses murders, Skylar and Machain and another man overpowered the couple and handcuffed them. The couple was forced to sign over the boat to Deleon. The couple was handcuffed to an anchor and then “yanked” overboard into the Pacific Ocean. After this, the party turned the boat around and commenced an hour-long trip back to Newport. Jennifer Deleon was tried and convicted for murdering Thomas and Jackie Hawks in a separate trial in 2006. Even though she was not present at the crime scene, authorities believed her to have played an equivalent role in the murders as her former partner. She was sentenced to two consecutive life imprisonments in October 2007.

Skylar Deleon was also charged with a third murder she had committed in 2003. When Skylar served time for armed burglary, she took a sum of $50,000 from her former cellmate Joh Jarvi for a scheme. She then proceeded to cut Jarvi’s throat and left him to die by a roadside in Mexico. This incident occurred when Skylar was on a work-furlough program from the Seal Beach jail for a day. She was also convicted of this murder. During the trial, Jennifer was painted to be a cold-hearted money-hungry plotter by the lead prosecutor Matt Murphy, which was in coherence with her partner, Skylar’s crimes. 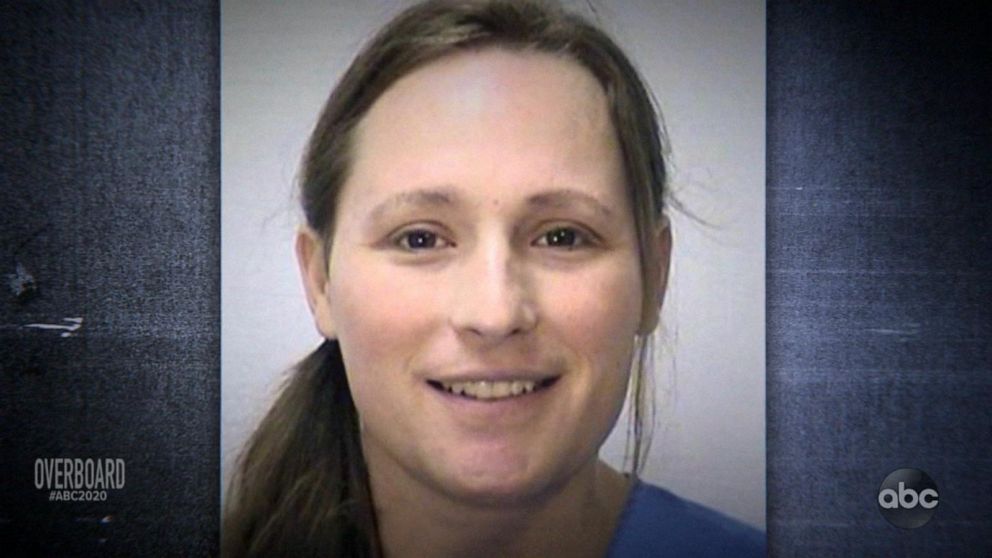 While on death row, Skylar transitioned successfully, and her transitioning procedures were paid for by state tax dollars. Skylar had wanted a sex-change for a long time. Frustrated, she had previously tried to cut off her own penis in prison. In 2019, she changed her gender officially. She now goes by the name Skylar Preciosa Deleon. She is still on death row at San Quentin State Prison. Jennifer is imprisoned in the Central California Women’s Facility serving her sentence. The two of them have been divorced while in prison.