Where Are Steve McNair’s Wife and Kids Now? 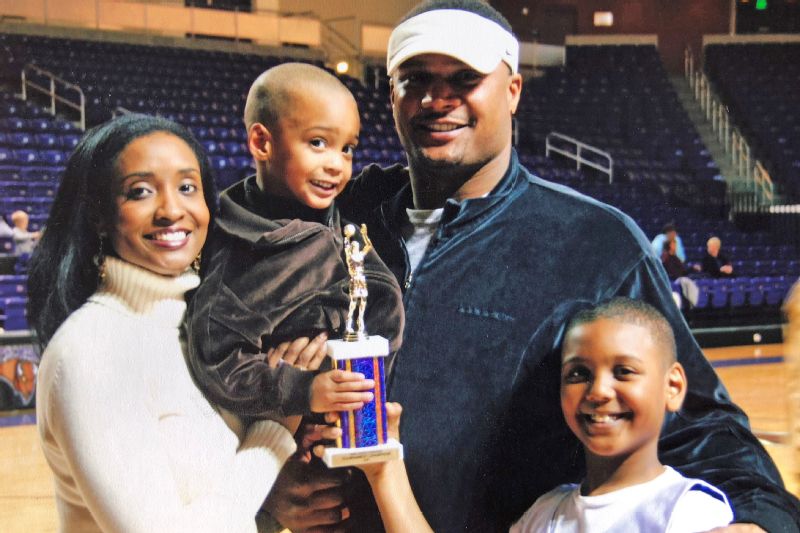 ‘Deadly Recall: Air McNair’ is an episode that examines the life, slaying, and aftermath of renowned NFL quarterback Stephen McNair, who died at the age of 36 and left behind a shocked family and fanbase. On July 4, 2009, the former Titans player was found in his downtown Nashville condo with multiple gunshot wounds alongside his mistress, Sahel “Jenni” Kazemi. In a short while, the officials concluded that she’d shot her boyfriend before turning the gun on herself in a jealous rage. So now that years have gone by, we can’t help but wonder about the people Steve left behind.

Who Are Steve McNair’s Wife and Kids?

Stephen “Steve” LaTreal McNair fathered his namesake and Steven O’Brian McNair through different relationships before he met, fell in love, and tied the knot with his only wife, Mechelle McNair, on June 21, 1997. The couple had first met at Alcorn State, a historically black university in Claiborne County, Mississippi. At that point, Mechelle had a boyfriend and was only focused on pursuing a career in the medical field as a doctor. Yet, Steve’s persistence and personality won her over, so she found herself leaving the state with him after graduation to support his NFL career.

Steve and Mechelle had happily welcomed their first child, Tyler McNair, a year after getting married, followed by Trenton roughly five years later. By all accounts, although Steve was usually exhausted when at home due to his practice and games, things were good for the McNair family, especially after he retired in 2008. Yes, he made mistakes and was figuring out what to do outside football, but he was a good husband and father to all four of his children, as per his now-widow. Not only did he always keep them safe and well-provided for, but he was also present when needed.

Following Steve’s tragic passing, save for a public statement expressing her gratitude for the love she and her family were receiving, Mechelle refused to give interviews or speak about the matter. She merely wanted to grieve her loss in private. Her statement read, in part, “Your prayers, kind deeds, and outpouring of support throughout this difficult time have been of tremendous comfort to us…You are appreciated beyond measure.” Moreover, in the months that followed, despite the fact that Steve had not left a will, her lawyers revealed that, as per instructions, she would not exclude any of his kids from his estate.

Where Are Steve McNair’s Wife and Kids Now?

When his father passed away, Steve McNair Jr. was a star wide receiver at Oak Grove High School in Hattiesburg, Mississippi. Thus, after graduation, he committed to playing ball at Southern Mississippi before transferring to Pearl River Community College. And now, from what we have been able to discern, he doesn’t play professionally, is a father, and prefers to keep his distance from the spotlight. As for Steven O’Bryant McNair, who was 15 at the time of Steve Sr.’s death, he still resides in Mississippi. In 2019, he claimed that neither he nor his elder brother was invited to the ceremony where his father’s jersey was retired.

Steven went as far as to add that he and Steve Jr. have been closed out of their younger brothers’ lives and their father’s legacy, which Mechelle has since denied. The now 46-year-old widow continues to keep her partner’s memories alive through her work and hopes that his children do the same. According to the last reports, Mechelle never remarried but is dating, and she received a degree in nursing years ago. Since she loves taking care of others, she’s even thinking of becoming a foster parent.

After all, her sons are almost grown-up. Tyler is at New York University on an academic scholarship for a degree in biology while pursuing a career in the entertainment industry as a dancer. Furthermore, her younger child, Trenton, is a 6’4″ shooting guard basketball player at Brentwood Academy and has already received an offer from Trevecca Nazarene University in Nashville, Tennessee. He’ll graduate high school in 2022, whereas his elder brother will graduate college in 2021.