FBoy Island Season 1: Where Are They Now? Who Are Still Together? 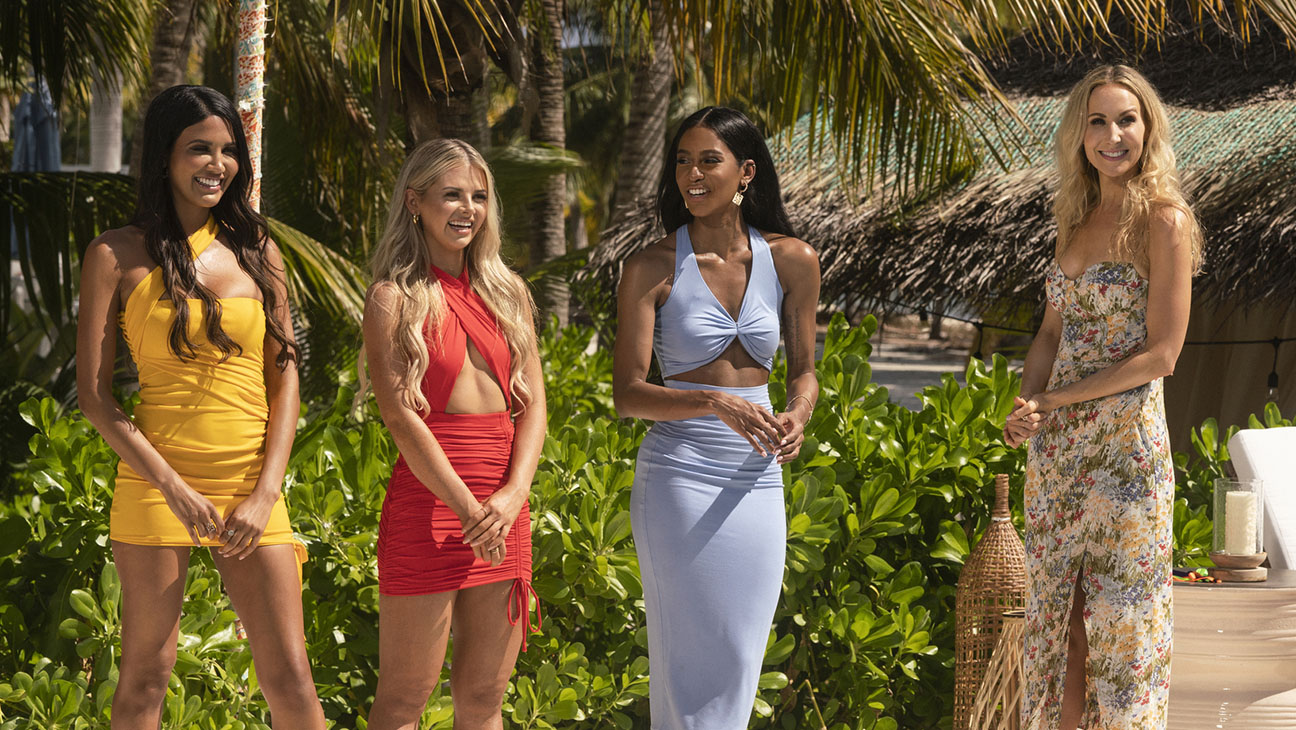 HBO Max’s ‘FBoy Island’ brings an interesting twist to the dating reality show genre by making 24 men fight for the attention of 3 women. The men further divide themselves into two groups, one consisting of “nice guys” and the other of “self-proclaimed FBoys.” With a massive cash prize on the line, it is interesting to see how the FBoys try to masquerade as the nice guys to win the women’s hearts. With season 1 of ‘FBoy Island’ now over, fans must be wondering where the contestants are at present. Let’s find out, shall we?

CJ Franco is a social media influencer, content creator, and model. She has also established herself in the field of stand-up comedy. Having modeled for various high-profile publications, CJ claimed that she came on the show as her therapist has asked her to step out of her comfort zone to build up her resilience. Once on the show, CJ initially got close to Casey Johnson, and their chemistry was undeniable. However, Jarred Evans AKA New Jarred, a model and a successful professional football player from Miami, left a deep impression on CJ’s heart, and she ended up choosing Jarred on the final day.

Since then, CJ and Jarred have chosen to keep their relationship off social media. However, there have been several clues that hint at their possible breakup. Not only does CJ not feature Jarred on her social media platforms, but a few weeks after filming, the Instagram star was seen on a date with actor Taye Diggs in West Hollywood. Moreover, she also has not mentioned Jarred in the interviews she attended since the filming of their season concluded.

At present, it looks like CJ is back in her hometown of Los Angeles and is living life to the fullest. She has also built up a beautiful bond with the other ladies on the show and appears on social media with them. On the other hand, Jarred chose to be silent about their relationship and has not given an update. He is now living life on his own terms and has even posted a picture with a cryptic caption which led to speculations about him being single.

A hair and make-up stylist from Los Angeles, Nakia’s real calling lay in her immense skill as a singer-songwriter. Nakia claimed that she has had quite a few experiences with FBoys and was confident that her experience would go a long way in helping her win the prize money. Even though she had numerous admirers, Nakia had her eye on Jared Motley, AKA OG Jared, from the very beginning. Even after knowing that Jared might be an FBoy, Nakia allowed herself to get close to him, and the two seemed happy together.

Although Jared had entered the show as a self-proclaimed FBoy, the fitness model eventually realized he valued her much more than the prize money. He even claimed that he was falling in love with Nakia and did everything he could to make her happy. Ultimately, on decision day, Nakia chose Jared as her partner. Even though Jared turned out to be one of the “self-proclaimed FBoys,” he claimed that he wanted to split the prize money as Nakia had made him change. He even mentioned that he was in love with the singer-songwriter and said their relationship was priceless.

Since then, Nakia has come back to Los Angeles and is enjoying her time at home. She has also maintained a friendly relation with most people she met on the show and has a special bond with the other women. Jared, too, has gone back to his hometown of Miami and maintains a close bond with the men he connected with on the show. Yet, with Nakia and Jared choosing to keep their dating life private, it is unclear if they are still together. However, the pair seem to be on amicable terms, as Jared featured in one of Nakia’s recent Instagram live streams. Still, one can always hope!

When Sarah Emig appeared on the show, she was working as a sales executive at Yelp. She also had a side-job of freelancing as a Social Media Manager. With enough experience of dealing with FBoys, Sarah decided to join the show. She even mentioned that she hoped the show would help her find a man who would be willing to live life to the fullest without any worry. While on the show, Sarah was admired and pursued by many men. However, she developed special connections with some including, Josh McDonald and Garrett Morosky.

On the other hand, Garrett made it clear from the get-go that he was in the show not for love but only for the money. In the beginning, he weighed his options carefully and tried to pursue each woman to the best of his ability. However, he soon stuck to Sarah, hoping she would fall for his charms and give him an opportunity to win the money. Although Sarah did face numerous red flags throughout her journey with Garrett, she ended up choosing him because “he proved he wanted to change.”

Garrett immediately dumped Sarah and said that he did not see a future with her. He also opted to take the whole prize money for himself. However, in a planned twist, Garrett was informed that FBoys would not win any money, and the prize would go to a charity of Sarah’s choice. After failing to find a special someone on the show, Sarah is now back home getting some much-deserved rest. She, too, developed an intimate bond with the other ladies and can often be spotted hanging out with them.

When it comes to relationships, Sarah’s social media posts make the absence of a romantic partner quite apparent. Moreover, with no reports on her dating life, we can assume that Sarah Emig is single. Meanwhile, Garrett Morosky has been enjoying life since his return to Los Angeles. Apart from making good connections with some of the men from the show, Garrett has also been spending time with other reality stars like Carly Lawrence and Nathan Webb of ‘Too Hot to Handle’ season 2.