Where Did Legacies Filming Take Place? 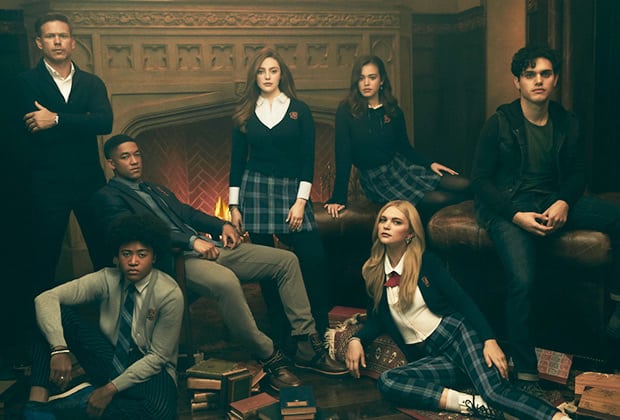 ‘Legacies’ is yet another vampire fiction television series that aims to capture and leverage the popularity of its predecessor, ‘The Vampire Diaries’

The show revolves around Hope Mikaelson whose ancestors were some of the most powerful vampires, witches and werewolves. It is set two years after the events of ‘The Originals.’ Hope attends the Salvatore School for the Young and Gifted where supernatural creatures like her are taught how to control their magical abilities and impulses.

Where Was Legacies Filmed?

Many of you might be wondering where ‘Legacies’ is filmed. Both, ‘Legacies’ and ‘The Vampire Diaries’ are set in the fictional town of Mystic Falls. Hence, it is natural for many fans to get curious about the filming locations of the show. Continue reading for the answer

BTS: Day one filming of #Legacies episode 12! Kai Parker will be in this episode. pic.twitter.com/ejvx2XYhMF

‘Legacies’ is almost entirely filmed in the state of Georgia. Within Georgia, the crew utilizes multiple places to shoot the series, with Conyers, Covington and Atlanta being frequently depicted.

A significant chunk of the filming of ‘Legacies’ takes place in Covington in Georgia. Most of the exterior shots are filmed at Covington since the city doubles up for Mystic Falls in ‘The Vampire Diaries’ as well.

In fact, you can take a tour at all the locations that were used for filming ‘Legacies’ apart from catching a glimpse at some behind-the-scenes work by buying tickets for the Mystic Falls Tour.

Moving on, the Mystic Falls Town Square is actually Covington Square and that is one more proof of how the Georgian city has become irreplaceably associated with ‘Legacies.’

In the process of filming for the show, the crew reportedly made Covington their home. They interacted with the locals a lot in an effort to integrate with the town easily and ensure that there are no inconveniences. Most of the crew spoke with almost every shopkeeper, buying something or the other from each show. This, they felt, was the quickest way to ensure that the filming crew remains approachable for the locals should any problems or concerns arise.

Apart from Covington, Conyers is also a major filming location for the TV show. This is where most of the production work for the series is carried out. The production stage that the show uses is leased by Warner Bros. and is located at Weaver Court.

Moreover, the iconic Olde Town Square is one of the locations where the film was filmed. Carter’s Alley is where the crew sets up false arches to make it resemble Mystic Falls. Moreover, Awake Coffee Community in the town doubles up as Seylah’s Corner Coffee.

Center Street and Railroad Street are also some of the locations where the show was filmed. Check out the following video which shows a tour of the set of ‘Legacies’ in Conyers. The video shows the set of the fictional Salvatore School for the Young and Gifted.

Apart from the above-mentioned locations, ‘Legacies’ was also filmed at multiple other places in the state of Georgia.

For instance, Whits Inn in Loganville, Georgia doubled up as the motel in the eighth episode of the first season of ‘Legacies.’ In Loganville, Walnut Grove High School also served to be a filming location.

Furthermore, in Dallas, Georgia, Main Street was used for filming as well. Additionally, the Historic Courthouse Gallery serves to be the actual place of filming Maple Hollows Town Square.

Moreover, the Atrium on Sweet Auburn in Atlanta was also used for filming a scene in the first episode of the second season.