Where is Aaron Hess Today? 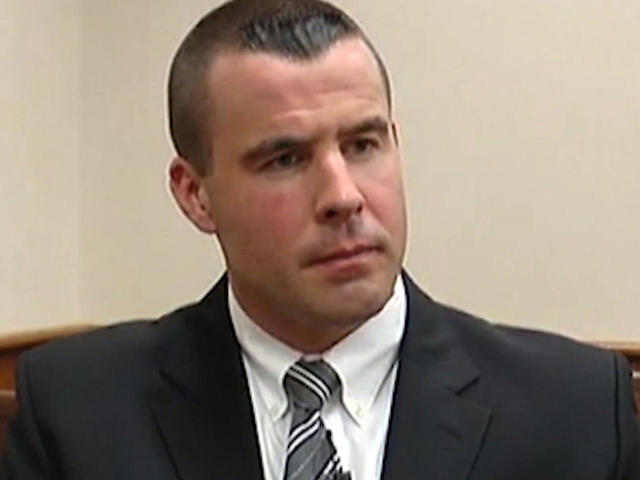 ‘48 Hours’ features the case of Danroy “DJ” Henry, who died in a police shootout, something that has been widely contested for being racially motivated. While it has not been formally solved as such, there was an investigation into the nature of his death, and former Pleasantville officer Aaron Hess came under much scrutiny. With that, if you’re curious about his present whereabouts, then we have got the answers for you.

Who is Aaron Hess?

Aaron Hess is a former Pleasantville police officer who fired at Danroy “DJ” Henry on October 17, 2010. At the time, he was married and was looking forward to the birth of his twins. The police reported that they had asked DJ to move his vehicle, which had been parked in the fire lane in front of the bar they had been to. He then, allegedly, sped the car towards Hess, who was propelled onto the hood of the vehicle and then shot directly into the car. DJ, who was driving, took the bullet, which subsequently resulted in his death.

Aaron Hess, too, suffered an injury to his knee and had to be taken to the hospital. After the incident, Hess maintained that he shot at the car, fearing for his life. This became the beginning of a widely disputed case. Soon after the incident, Police Chief Louis Alagno said in a statement, “ For an unknown reason a vehicle that had been parked in a fire lane … near Finnegan’s Grill accelerated from the scene. A Village of Pleasantville officer attempted to stop that vehicle … that vehicle struck that officer; he was propelled onto the hood.”

In 2011, a grand jury was convened to see if Hess was to be charged with any crime, and no charges were filed against him.  However, upon the persistence of Henrys’ lawyer, Michael Sussman, the US Department of Justice began a separate investigation into the matter. Weeks after this, Hess’ union named him police of the year, allegedly to acknowledge the suffering he had been through. The Henrys also filed a wrongful death suit against Aaron Hess and the Village of Pleasantville.

During a 2012 deposition of the wrongful death case, Hess said, “That night specifically was a bad night. I only reacted to what I thought, that I was going to be killed…As the vehicle was coming towards me, I lunged forward as it hit my legs. At that time as I was on the hood, the engine revved up again, and seemingly, it seemed to me that was trying to get thrown off the vehicle. At that time is when I fired my weapon.”

In 2016, DJ’s family decided to settle the wrongful death lawsuit against Aaron Hess and the Village of Pleasantville. The Village paid the family $ 6 million. Brian Sokoloff, Hess’ attorney said, “I’d like somebody to tell me what other alternative Aaron Hess had on the hood of a moving vehicle other than trying to save his own life or closing his eyes and saying his prayers.” In any case, Aaron Hess did not return to work after the incident. Due to his injury, he was on paid medical leave after that, and then allegedly, he retired with disability due to his knee injury.

Where is Aaron Hess Now?

As per his previously available LinkedIn profile, Aaron Hess lives in the Greater New York City Area. Based on the profile, the ex-Marine, after his retirement, enrolled in John Jay College of Criminal Justice in 2014. The brief write-up stated that he was due to receive a Bachelor of Science in Police Studies and a Masters of Arts in Criminal Justice by the fall of 2016. His other social media pages have not been updated in recent years as well.