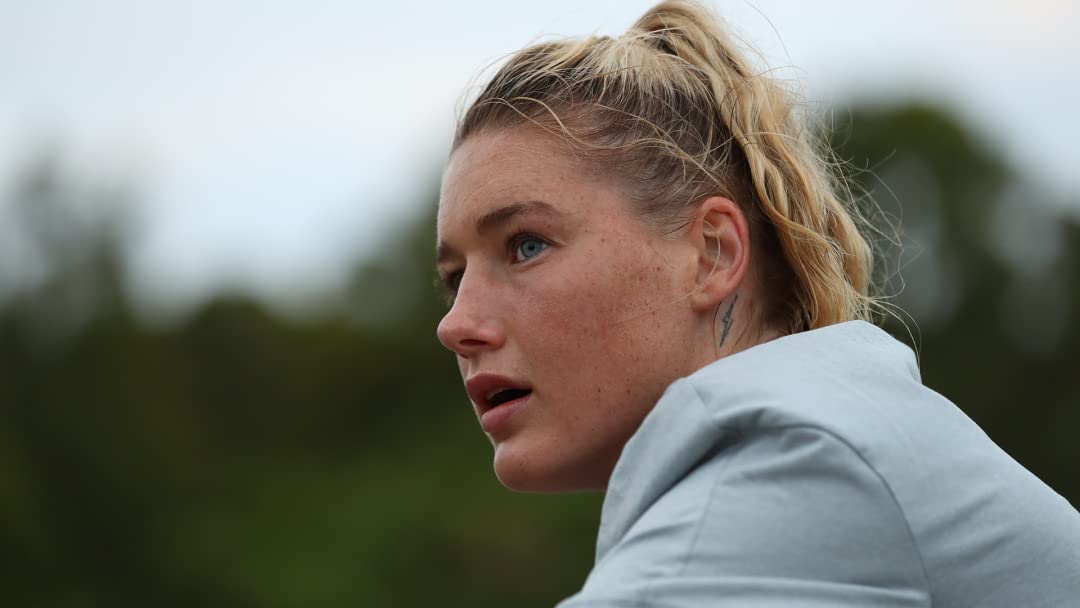 Amazon Prime’s ‘Kick Like Tayla’ is a documentary that can only be described as empowering owing to the way it offers an unprecedented look inside the life of young professional athlete Tayla Harris. After all, it delves deep into not just her passion for football and boxing but also the enormous impact of social media, cyber-bullying, and sexism on her public career as well as her mental health. So now that the extraordinary challenges faced by this immense talent have been carefully chronicled to highlight who she truly is, let’s find out more about her current standing, shall we?

Where is Tayla Harris Today?

Tayla Harris was just 5 when she began playing competitive football while growing up in the suburbs of Brisbane, Australia, unaware that her love and dedication would soon lead her to much more. From representing city teams as a teenager to joining AFL Women’s ahead of its inaugural season to making it into the All-Australian squad three times (2017, 2018, and 2020), she managed to do it all. However, Tayla became a leading figure in women’s sports in 2019 for taking a crucial stance against online trolls who targeted a photo of her on the field in a sexual and offensive manner.

As seen above, Tayla was captured in full flight performing a drop punt during a game, but instead of focusing on her sheer commitment, some chose to go down the vile route. She actually hit back at them by tweeting the picture alongside a caption that read, “Here’s a pic of me at work… think about this before your derogatory comments, animals,” which sparked a storm in her support. The fact that 7AFL had taken down their original post sharing the image following the inappropriate remarks also played a role, especially as the move was perceived as yielding to the trolls.

But the network did try to atone by republishing the action shot later that same day while stating, “We’re sorry. Removing the photo sent the wrong message. Many of the comments made on the post were reprehensible, and we’ll work harder to ban trolls from our pages. Our intention was to highlight [Tayla’s] incredible athleticism and we’ll continue to celebrate women’s footy.” Then, in September 2019, a bronze statue immortalizing the athlete as well as the image was unveiled at Federation Square in Melbourne as a reminder to the world that women in sports matter.

Nevertheless, as detailed in the documentary, Tayla has unfortunately continued to be attacked online, with some comments even reading, “Pull down the statue” and “Burn her on a stake.” She said, “I don’t know what I expected with life becoming so public, but I thought, if you just try to be kind, people will be kind back to you. The world doesn’t necessarily work that way.” The 25-year-old also added, “I’m human too. So, of course, it gets to me sometimes… I know what they say. They tell me every day. [That] I’m overrated, overpaid, just some girl who got lucky with a photo.”

Tayla has not let any of this hold her back, though; she not only still performs as an AFLW footballer and a successful professional boxer, but she recently even became a qualified marriage celebrant. The dual athlete currently plays for the Melbourne Football Club AKA the Demons — the team she transferred to after her messy exit from Carlton in 2021 amid rumors of inconsistency and a pay dispute. Tayla has since admitted she didn’t handle the situation as well as she could’ve but maintained, “there’s never been a game of footy that I’ve played where I haven’t given my all at that particular moment.”

“This [2022] season compared to last, it is completely at the other end of the spectrum in terms of my mental capacity to contribute to footy right now,” Tayla conceded. “Middle of Covid [last year], I didn’t have the ability to contribute when I had to think about my family and all that sort of stuff. Now, with the priorities I’ve set, I’m full focus.” As for her newest profession, it appears as if the ordained celebrant specializes in fun, creative, and inclusive personalized marriage ceremonies, all the while facilitating the entire legal process.

We should mention that Tayla is in a happy, healthy relationship with fellow AFLW athlete Kodi Jacques (Richmond Football Club) at the moment. “I love having good people around me…and Kodes is always supportive,” the co-author of ‘More than a Kick’ and dog mom of two recently told the Herald Sun. “To have complete confidence that someone has your best interests [at heart] is something I am fortunate to call on.”