Where Is Ahmaud Arbery’s Mother Now? 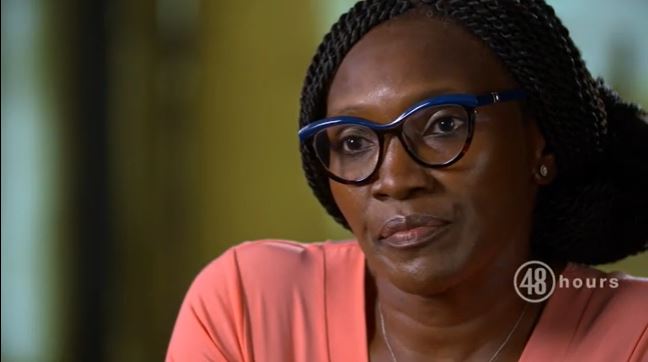 Profiling the life, death, and aftermath of Ahmaud Arbery’s murder, CBS’ ’48 Hours: Justice for Ahmaud Arbery’ is an episode that highlights systemic racism and why eradicating it is so important. On February 23, 2020, in Satilla Shores, Brunswick, Georgia, Ahmaud was shot three times while jogging. This came after Gregory and Travis McMichael, residents of the predominantly white neighborhood, pursued him in their pick-up truck under the presumption that the 25-year-old black man was a thief.

Another white male, William “Roddie” Bryan, who captured the shooting on his phone, was allegedly a part of the plan. And now, Ahmaud’s mother, Wanda Cooper Jones, is the loudest voice when it comes to the attempts to get him some justice. So, let’s find out more about her!

Who Is Wanda Cooper Jones?

Wanda Cooper Jones was in her early 20s when she gave birth to her third and youngest child, Ahmaud Arbery, on Mother’s Day of 1994. When he was 5, she became a single mother, separating from his father for good. Despite that, she still managed to give Ahmaud and his siblings everything they needed. For this, she had to work two jobs for the next 15 years, but she never complained, or asked for help, or missed out on spending quality time with her kids.

As time went by, though, her relationship with Ahmaud grew stronger than the rest. In fact, she and her “Quez,” as she lovingly called him, were so close that her other children blatantly thought that he was her favorite. Of course, that wasn’t the case, but it goes to show how beautiful their relationship was. So, in 2020, when Wanda got the call about her son’s murder, she was devastated. She was heartbroken, upset, angry, and so much more, but that doesn’t even begin to cover it.

Where Is Wanda Cooper Jones Now?

Ever since her son’s brutal slaying, Wanda Cooper Jones has been working hard to get him some justice. She wants all those who were responsible in his case to be convicted and behind bars so that Ahmaud can finally rest in peace. Not only that, but Wanda is now also a vocal advocate for hate crimes and the Black Lives Matter movement. To ensure that her son’s death was not in vain, when Wanda learned that Georgia was one of the only four states in America that did not have a hate crime law, she pushed for them to pass such a legislature, which happened on June 23 and went into effect on July 1.

Wanda thinks that her son, who would want such a change to happen, is now smiling down at her, happy, and saying, “Keep fighting, keep pushing.” Residing in Waynesboro, Georgia, Wanda has shared on more that one occasion that what she misses the most about Ahmaud is his loving smile and the little cheek kisses he always gave her. But because she doesn’t want to lose herself in his memory and the pain of loss, she works. “When there’s a new victim of police brutality or hate crime, it makes me angry – angry that another family has to go through what I’ve gone through.” she told ABC News.

She added, “They have to grieve in the way that I have grieved, in the way I’m still grieving and no mother and father, sister or brother–no one–deserves to be presented with such pain.” Despite all this, though, Wanda has hope – hope for a brighter future where no crimes against anyone on the basis of their skin color would be committed. Recently, Wanda also spoke up about how people have been using Ahmaud’s name for business, profits, personal gain, and things that she never knew or okay-d.

She wrote a lengthy statement on her Facebook page, a part of which states, “Money cannot replace what I have lost, and the fight for justice does not come without cost. I was not begging for money and I was prepared to fight for my son either way. I have always worked for what I wanted…I did not want my child’s death to be exploited or used for monetary gain for anyone…I buried my son and there is nothing about a trademark, a social media page, money, or control that will fix that. I now must protect my son’s name.” You can check out the entire post above. (Featured Image Credit: CBS News / 48 Hours)