Where is Akash Vukoti Today?

‘Spelling the Dream’ is an insightful look into the lives of four Indian American spellers whose greatest milestone has been walking away as the winner of the Scripps National Spelling Bee competition. While the ordinary person struggles to complete regular tasks, these extraordinary children started when they were quite young. This is for a good reason too. The earlier you prep, the more you know. And of course, you are only eligible to compete till you are 15.

The documentary film definitely proves that this is a family affair for these spellers. It additionally reveals the hours of efforts on both sides, which makes it a wholesome process.

Akash Vukoti is no ordinary speller; he is a spelling prodigy. This is because he could spell at the age of 2. In the documentary, Akash talks about the time his uncle asked him the spelling of ‘spoon’ and how he could actually spell it. His parents, Dr. Krishna M. Vukoti and Chandrakala Jandyam, knew then that he had a way with words. There is a YouTube video of his sister, Amrita, who is also a speller, quizzing him on spellings when he was just two and a half years old.

The young speller was born on May 29, 2009, in Rockville, Maryland. His parents shifted to the US from Andhra Pradesh, India. Akash was the first first-grader to ever qualify for the Scripps National Spelling Bee. He became a part of Mensa at the age of three, and soon at the age of 5, became a Davidson Young Scholar. Even though he didn’t make it to the 2017 Scripps National Spelling Bee, he competed in the competition both in 2018 and 2019. He has also made several TV appearances, including Jimmy Kimmel Live, Steve Harvey’s show, Little Big Shots, Dancing with the Stars: Juniors, etc. He has also featured in several documentaries. 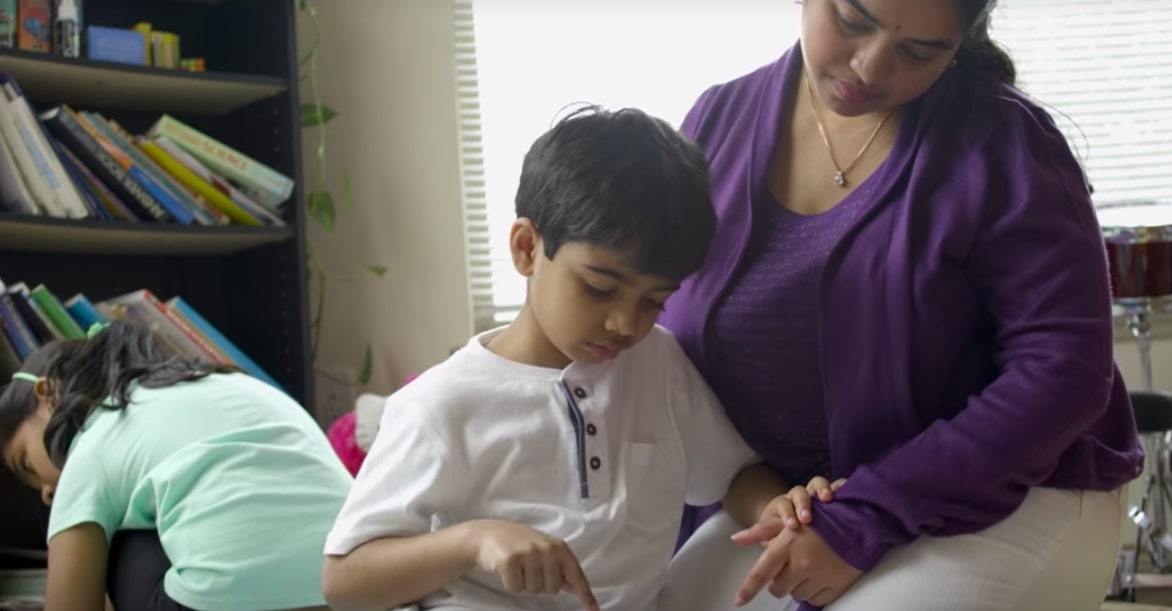 In the documentary, his parents talk about the kind of hopes and dreams they have for their son. Dr. Vukoti talks about all the reasons his son Akash will be able to do better as he was born in the US. Akash’s parents and sister help him prep. They are his biggest supporters from what we can see in the documentary. Additionally, his extended family is also one of his biggest supporters. Akash can also read and write in both Telugu and Hindi. The documentary focuses on how Akash prepares for his competitions with the help of his mother and Amrita. Amrita is also a member of Mensa and a Davidson Young Scholar. According to Akash, what it takes to win is 90 percent hard work and 10 percent ‘other.’ At present, he calls himself a linguaphile, entertainer, and, in the future, wants to be an astronaut.

Where is Akash Vukoti Now?

Akash Vukoti is still very much committed to his journey to win at the Scripps National Spelling Bee. He qualified for the 2020 competition, but it was suspended due to COVID-19. Responding to it, he said, “If we stand back and look at the big picture we have got COVID-19 here where millions of people are infected and thousands, tens of thousands of people are dying. So I guess what we have to do now is just accept that the Bee has been canceled this year and prepare for the next.” In 2020, Akash was also awarded the Global Prodigy Award for Languages.

He has a website where his well-wishers can learn more about him and get the latest updates in his life. In addition to this, he has a YouTube channel where he posts educational videos. In a recent video, he appealed to his followers to donate to his Patreon page, so that he could continue making more educational videos. It certainly seems like we have only seen the tip of the iceberg when it comes to Akash’s potential. Check out one of his educational videos below: