The life and times of John Walker Lindh have been expertly portrayed in the documentary ‘Detainee 001.’ Lindh was a US citizen who grew increasingly attracted towards radical Islam and the Taliban way of life. He even went off to Yemen initially to study and then to take up arms for the cause. Caught in the middle of the horrific Battle of Qala-i-Jangi, Lindh was apprehended and was ordered to face trial on US soil. Let’s dig deep into the captured combatant’s life and find out where he is at present, shall we?

Who Is John Walker Lindh?

John Walker Lindh is primarily a US citizen who was born and brought up Catholic in Silver Spring, Maryland, before shifting to California. His childhood was quite difficult as he had to live through his parents’ separation and eventual divorce, which proved quite painful. Sources report that the teenager began gravitating towards Islam after experiencing the movie ‘Malcolm X’ and learning about the activist’s life. He was also attracted by Islam’s simple beliefs, which he was able to relate to. In 1997, 16-year-old Lindh converted to Islam. His conversion was never an issue with his family, who even saw it as a positive change that might effectively bring him peace. His family also acknowledged that since Lindh’s conversion, he began studying Muslim texts more efficiently and even decided on learning Arabic. 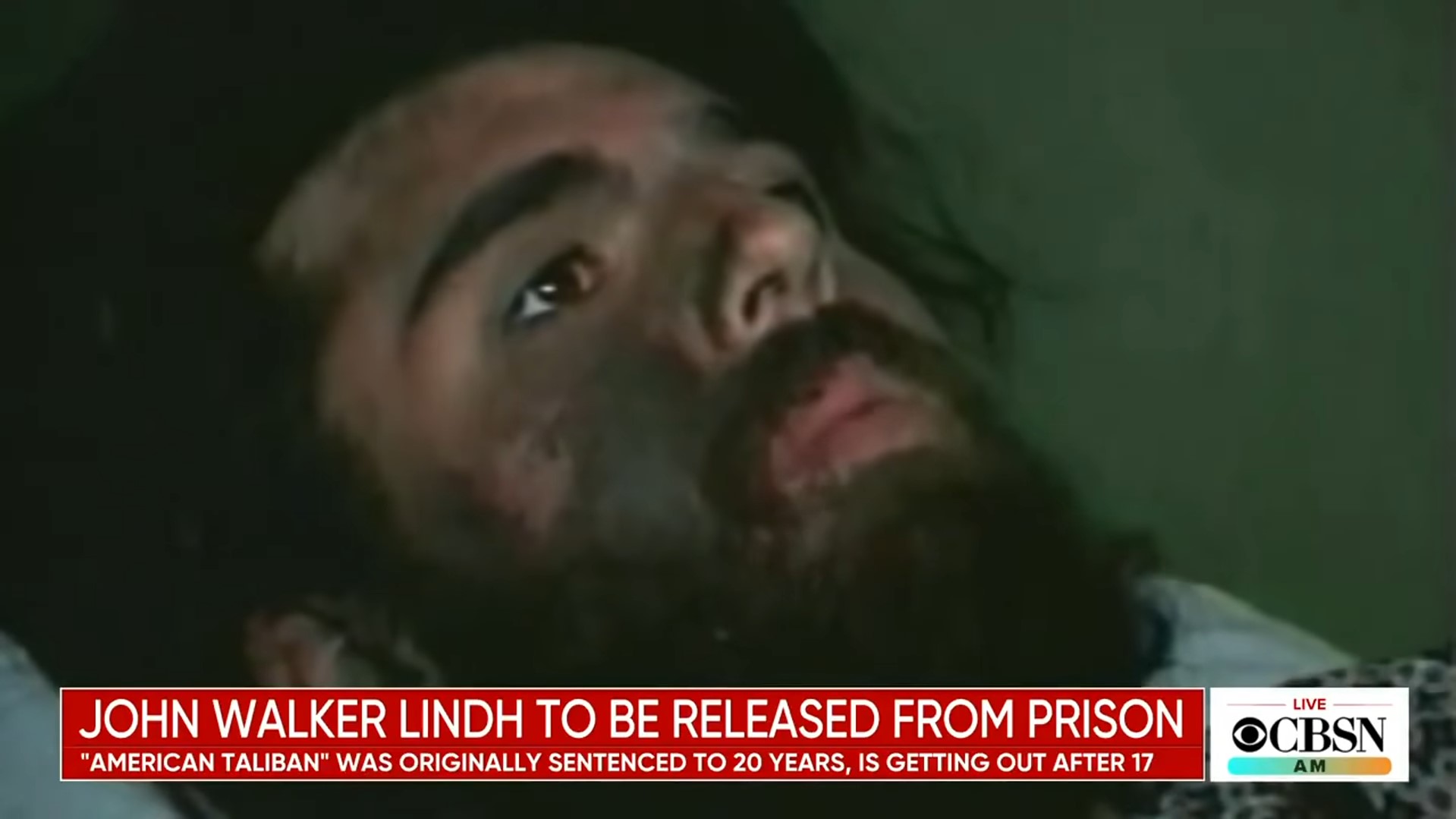 In 1998, Lindh decided to study the Quran in its original language and thus traveled to Yemen. Months later, he returned to the US but had already decided to continue his education in Pakistan. Initially, Lindh was in love with the Islamic culture and kept in regular touch with his family back home. However, Lindh’s views about the US and its foreign policy gradually began changing, and he even ended up speaking in favor of a few atrocities committed against US troops.

In April 2001, his family lost contact with him after Lindh revealed he would be taking a small break in the mountains. In actuality, he went on to join the Afganisthan army under the Taliban in their fight against the Northern Alliance. In November 2001, a few months after joining the military under the Taliban, Lindh was captured at Kunduz. A prisoner of war, he was brought back to Qala-i-Jangi, where the CIA questioned him.

Sources state that initially, Lindh gave his identity as an Irishman in order to avoid detection. A few hours after Lindh’s first interrogation, the prison he was kept in became the epicenter of a violent riot. The subsequently fighting resulted in numerous deaths on both sides, and Lindh reportedly hid in the basement until he was captured again. After his arrest, he was questioned further and even shifted to Camp Rhino. Although Lindh was arrested and treated as an enemy combatant and a prisoner of war, his American citizenship allowed him to face a trial in US civilian court. Thus in 2002, he was flown to the US and detained in prison in Virginia.

Where Is John Walker Lindh Now?

Once put on trial, John Walker Lindh faced numerous charges, including conspiracy to murder US nationals, providing support to terrorist organizations, contributing services to Al Quaeda and the Taliban, as well as carrying firearms and explosives during an act of violence. In total, Lindh faced ten charges and pleaded not guilty to all of them. However, before the case could proceed further, Lindh accepted a plea deal and pleaded guilty to supplying services to the Taliban and carrying an explosive while committing an offense. Each of his crimes carried a ten-year sentence, and thus Lindh received a total of 20 years in federal prison in 2002.

Reports state that even after being arrested, Lindh kept supporting the idea of Global Jihad. In 2019, although his release was heavily protested, Lindh walked free on May 23. However, he is to remain under close supervision until the end of his sentence and is not allowed to travel. Additionally, the government has also restricted his internet usage, and Lindh is required to undergo regular counseling. Since his release, Lindh has kept a private profile and has remained under the radar. Besides, with his access to the internet restricted and the lack of reports on his current situation, his present whereabouts remain unclear.