Is Amy Slaton Married? Where is She Now? 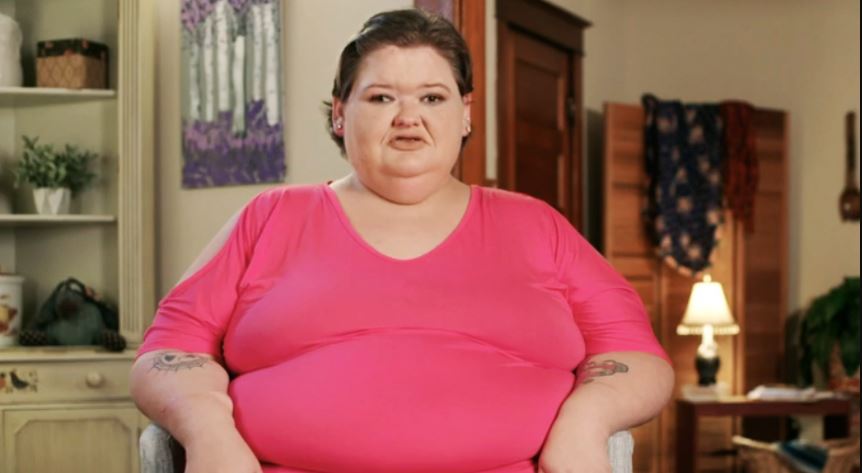 TLC’s ‘1000-lb Sisters,’ feeding our addiction of both guilty pleasure reality television and weight loss transformations in one go, focuses on Kentucky siblings Amy and Tammy Slaton. As the show’s title suggests, together, the sisters tipped the scales at over 1,000 lbs at the beginning. But as things proceed, they try to work towards losing enough weight to qualify for and undergo the life-changing bariatric surgery to pursue their dreams and live their lives the way they dream of. So now, with season 2 currently being on the air, let’s find out all that there is to know about Amy and her personal life, shall we? 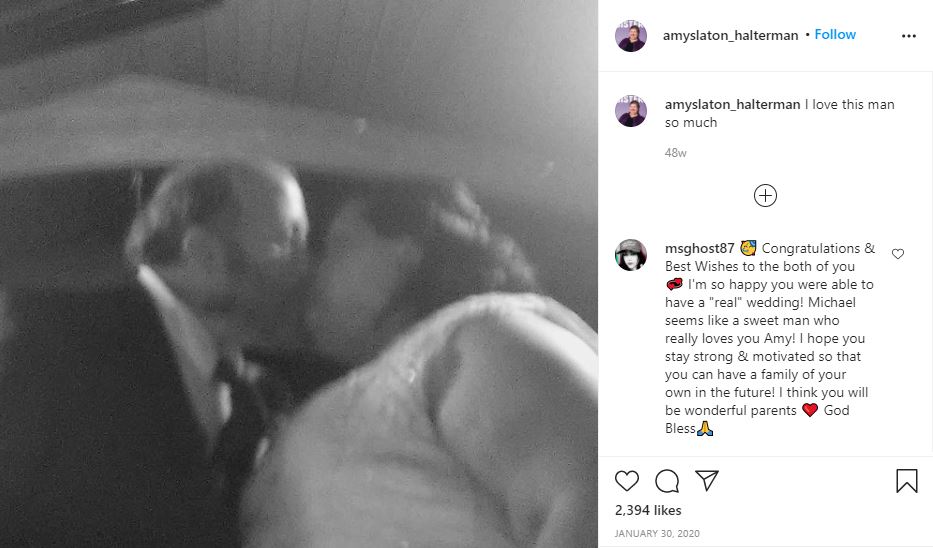 Amy Slaton, 33, met Michael Halterman while attending the same high school in Dixon, Kentucky, and dated for years before eventually tying the knot in Nashville on March 15, 2019. And as we all know from the first season, Michael is incredibly proud of his marriage with Amy and adores her so much that he’s willing to do anything to keep her happy. After all, when her sister, Tammy, underwent a near-death hospital experience, rendering her unable to perform day to day activities, he fully supported her moving in with the couple.

Furthermore, to celebrate their marriage in a more traditional sense and finally get the wedding of their dreams after having eloped the first time, the loving pair renewed their vows on the show. Following that, they focused on expanding their family. In fact, the reality star was actually largely dedicated to losing weight so that she could one day be able to have a full-term pregnancy. When filming of the first season had started, Amy weighed in at 406 pounds. But by the end, she had lost around 130 lbs, making her end weight 276 lbs.

Amy Slaton’s bariatric surgeon, Dr. Charles Procter, advised her to wait for at least two years before starting a family with her husband so that her body could have time to adjust to the surgery and her new life properly. However, she waited for just four months. “Having a baby means the world to me; it’s everything I’ve always wanted,” Amy said in the trailer of Season 2 of ‘1000-lb Sisters.’ “There are so many unknowns with this pregnancy. Anything could go wrong.”

“At first, I thought the doctor made a mistake by telling me I was pregnant,” Amy Slaton recently revealed to TODAY via her agents. “Then I was just overjoyed by the news, but scared being I had gastric bypass surgery four months before. But I’m ready to be a mom, and all of that comes with it.” Yet, with the timing, no matter how happy the news, the underlying worry about the risks with the possibilities of pregnancy complications were still there for everybody. “Amy got pregnant way too soon after surgery,” her sister Tammy said, expressing her own concern. “It could possibly kill her in the end.”

Where Is Amy Slaton Now?

Currently, from the looks of it all, Amy Slaton is as happy and healthy as she can be. She is yet to discuss the status of her pregnancy publicly. But considering how TLC requires reality stars to remain mum about personal details so as to not give away any spoilers, we are likely not to hear any information about the matter until we actually see it all unfold on Season 2.

Even in the videos Amy recently uploaded to her YouTube channel, she makes no mention of her pregnancy or baby, so even if she has already given birth, she’s keeping that knowledge to herself. However, the one thing that we must say is that the videos made it evident that Amy’s confidence in who she is has skyrocketed ever since her weight loss.