Where is Anthony Curry Now? 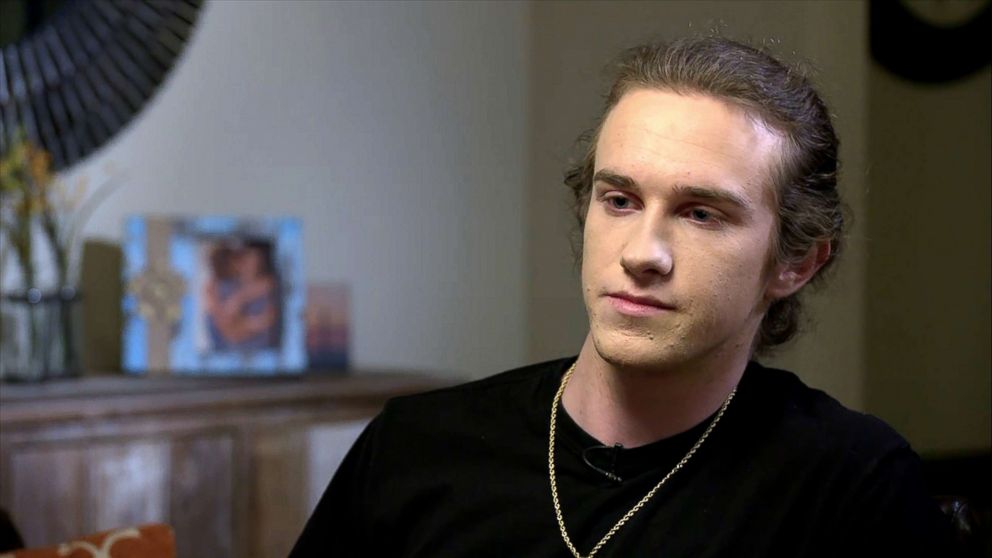 In ‘Dateline: The Betrayal of Sarah Stern,’ the unfortunate demise of the 19-year-old aspiring artist is discussed. The motive behind her murder was a financial one, and she was strangled to death by her own classmates. The one thing that was instrumental in getting one of the accused convicted was a video recording that contained his confession. So who was the person that undertook this mammoth task? In this article, we dig deeper into his life.

Who is Anthony Curry?

Liam McAtasney and his former roommate, Preston Taylor, were convicted for the heinous homicide of Sarah Stern. She had been strangled, and her body was thrown off the Belmar bridge in New Jersey. Anthony Curry, a filmmaker, was friends with McAtasney, whom he met in high school. They bonded over music, movies, and ‘The Sopranos.’

A week before Sarah disappeared, around Thanksgiving 2016, the culprit apparently went to Curry with a concept for a movie – “He used to tell me ideas all the time about films I should make and all that stuff. And he told me about this idea he had to kill this girl … that he was going to strangle her and throw her over the bridge with his friend.”

Curry, for obvious reasons, thought that his friend was just pitching him a fictional story. He had no idea that McAtasney was actually relaying a real murder plot. The filmmaker eventually learned about the incident through social media. Following this, the now-convicted reached out to him daily, saying that he needed to talk. (Snapchat was the app of choice). McAtasney had asked Curry if the cops had questioned him about the disappearance.

This is when the latter felt as though something more serious was going on. The filmmaker had taken a picture of this conversation, and in January 2017, he shared this information with the cops. Curry was then asked to participate in a sting operation – “They told me, ‘you gotta act sort of like [the movie character] Donnie Brasco.’ You gotta ask him questions.” He agreed and recorded McAtasney, basically confessing to the crime in gory detail.

In it, the now-incriminated is heard saying, “I pretty much hung her — like, I picked her up and had her dangling off the ground. She pissed herself and said my name, and that was it.” In another part of the video, he said, “Her dog laid there and watched as I killed her. It didn’t do anything … What kinda dog is that? It looked like a beagle, but it sounds like a Great Dane.”

At the trial, this clip was the key piece of evidence against McAtasney that the prosecutors had since her body was never found. However, the defense lawyer stated that it was just a movie audition, something that Curry refuted. Eventually, McAtasney was found guilty on all charges and was sentenced to life in prison without the possibility of parole, plus an additional ten years.

Curry felt as though his friend opened up to him because he wanted to get these things off his mind – “For some reason he trusted me. He was happy to see me. It’s like seeing an old friend, but he was different, I don’t know. It was like somebody I never met before. It was almost like meeting a brand-new person. It was a weird, strange. He told me I was the only person in this world that knew besides Preston [Taylor].”

Where is Anthony Curry Today?

Anthony Curry’s Facebook profile does not reveal much about the New Jersey-based filmmaker. But his Instagram feed reveals that his most recent production appears to be a crime movie called ‘Trap.’ In fact, his love for the craft is also quite evident. In most of the photos, he is seen on the set of a project. However, some would argue that his most important production is the confession tape, due to which the father of the victim finally got justice.

Although Curry did state that he did not do this for fame, officials saw him as the reason this case got solved. Monmouth County Assistant Prosecutor, Meghan Doyle, stated, “I firmly believe that he [Curry] is extremely modest about it and uncomfortable with that role, but to me, he will always be the hero and the reason we were able to bring this case to court.”