Discovery+’s three-part docuseries ‘House of Hammer’ chronicles Armie Hammer’s fall from a famous actor with Oscar hopes to be rejected by the industry in light of rape and abuse allegations against him. The show features Courtney Vucekovich, who dated Armie briefly and shared some of the experiences that she went through during that period. So, if you’re curious to find out more about Courtney and where she might be today, we’ve got you covered.

Courtney Vucekovich was out one night during the winter of 2019, and as per the show, briefly met Armie at a Dallas bar she was visiting with her friends. A few months after that, in June 2020, Courtney stated that he began messaging her on Instagram. At the time, Courtney said Armie told her about his separation from his wife, and soon, things seemed to look up. She said, “Between the love bombing and the attention, I felt like this was all perfect, this was amazing, like what we’re all taught to think is a fairy tale when we’re little.” 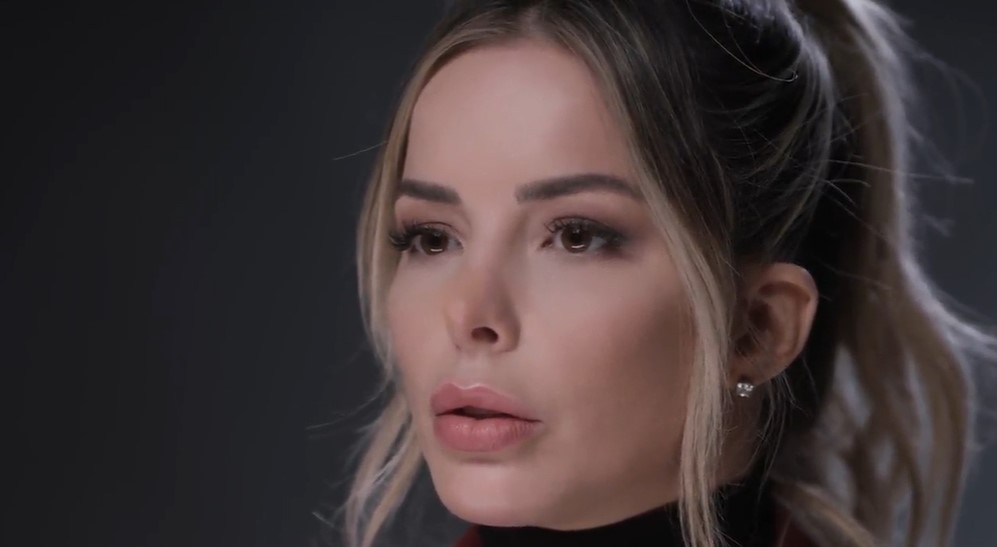 However, just weeks later, Courtney knew all wasn’t right. According to Courtney, while she was away holidaying in July 2020, Armie texted her a photo of her Texas apartment and later left a signed note that mentioned biting her. But a few days later, Armie and Courtney met, and by then, the former had publicly announced the split with his wife. The two continued dating for the next few months.

Talking about the ‘Call Me by Your Name’ actor, Courtney told Page Six, “He enters your life in such a big way.” She added, “He’s such a captivating person. He has such a presence, and he’s aware of that, and he uses it in such a way that most women would think, ‘Oh my gosh, this is amazing,’ but especially young women, that’s kind of the scary part — how good he is at active manipulation and making you feel like he’s never felt this way about anybody.”

According to Courtney, she and Armie took a three-week trip where they were together all the time. When apart, she claimed he was obsessive and would text her multiple times a day. Courtney explained, “He did some things with me that I wasn’t comfortable with. For God knows what reason, he convinced me that these things were OK, and he put me in some dangerous situations where I was not OK, where he was heavily drinking, and I wasn’t drinking that way, and it scared me. I didn’t feel comfortable.”

Courtney mentioned another incident wherein she stated that Armie was drunk and talked to her about trying out a sadomasochistic fantasy with her. Courtney claimed that he tied her up that night, something that she wasn’t comfortable with it at all, adding that she just closed her eyes until it ended. She added, “You end up doing things that are very out-of-character for you, including sex acts.” Courtney also stated that she had to once pay Armie’s gas money because he allegedly told her he was broke.

Where is Courtney Vucekovich Today?

Courtney Vucekovich talked further about her relationship with Armie in January 2021, “He said to me he wants to break my rib and barbecue and eat it. He says, ‘I want to take a bite out of you.’ If I had a little cut on my hand, he’d like suck it or lick it. That’s about as weird as we got.” The two ended their relationship in October 2020, and Courtney later went public with her story. She also talked about having to check herself into a 30-day program for PTSD and trauma and mentioned having panic attacks.

“I didn’t want to carry that into my future,” Courntey told Page Six. “As a strong mental health advocate, I knew that this relationship was something I needed to process with help from people who specialize in trauma and PTSD. That is my experience.” Thankfully, as of today, Courtney is doing much better. She mentioned that therapy helped her immensely. She is also a vocal and strong mental health advocate.

Courtney is currently based out of Dallas, Texas, and is the CEO of Flashd, a beauty and photography app. The company provides on-demand beauty and makeup services, with professionals traveling to the customer’s location. Courtney graduated with a Master’s degree in Business from Texas Tech University in 2012. Then, she founded Flashd in April 2018 and continues to run the business successfully. Apart from work, Courtney loves traveling and has recently visited places like the Bahamas, Spain, and Italy.