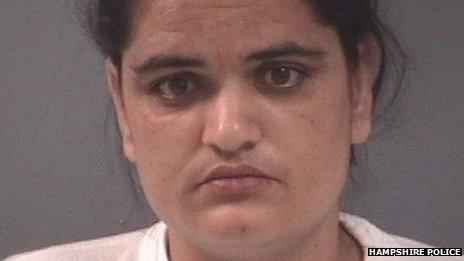 Investigation Discovery’s ‘Deadly Women: Killer-in-Laws’ narrates the story of Rajvinder Kaur who beat her mother-in-law Baljit Kaur Buttar to death. She claimed she kept on enduring tremendous harassment from Baljit for years across two continents and couldn’t take it anymore. It narrates the tragic story of how even the most resolute perseverance can waiver leading to some horrific consequences. So, who is this Rajvinder Kaur, and where is she now? Let’s find out.

Who is Rajvinder Kaur?

Rajvinder Kaur loved her role as wife and mother. In 2004, the then-28-year-old’s husband, Iqbal, had life-changing news. He got a work visa in the United Kingdom — a prospect that he and his extended family had been waiting for. His mother, Baljit Kaur Buttar, was over the moon, but Rajvinder wasn’t because she would have to look after her mother-in-law. It was apparent from the very beginning that undercurrents of high tension flowed in between them.

As per the show, it all started because Rajvinder’s family did not pay a dowry, which is a tradition when it came to arranged marriages. While Rajvinder had an ally in her sister, who was married to Iqbal’s brother, she did not quarrel but remained quiet and stoic in front of all insults. In 2004, Iqbal moved to the UK where he was a builder by trade and worked in Southampton. In the meanwhile, Rajvinder slaved on for Baljit, facing all sorts of insults and mean words and bearing them quietly.

However, things started to get out of hand, and Rajvinder moved out of the house to her parents’ home. It was stated on the show that her happiness was short-lived since Iqbal called her and asked her to return, purportedly reminding her that his mother was a widow and it was Rajvinder’s duty to look after her as a daughter-in-law. Finally, after 4 years of living in a hostile environment, as per the show, Rajvinder managed to join her husband in the UK.

Within 2 years, the family flourished, with the couple giving birth to another son. In August 2010, Iqbal insisted that her mother, Baljit, joined them in the UK for 6 months. The show mentioned how Rajvinder was again back under her mother-in-law’s control, with Baljit constantly berating her and belittling all her household chores. While Rajvinder did not fight back, she began to show signs of clinical depression – becoming very withdrawn and not sleeping well.

However, Baljit was finally leaving England, but she told Rajvinder that she’d be back. Just two days before Baljit was due to leave for India, the temperatures reached their boiling point. On February 25, 2011, Rajvinder finally snapped and hit Baljit with a rolling pin 20 times while the latter was taking a shower. As per the show, it was the physical manifestation of all the pent-up anger over the years, caving in her skull and inflicting blunt force trauma of the most horrific kind to her head.

Where is Rajvinder Kaur Now?

After launching a brutal attack on her mother-in-law and murdering her, Rajvinder Kaur called Iqbal at work and told him that his mother had slipped and died while putting oil in the bathroom. Iqbal called the paramedics and rushed to his home on Broadlands Road. When the paramedics responded and reached Iqbal’s residence, they were aghast to see the head trauma that Baljit suffered from — one of the worst they had seen in their entire medical career.

While no one bought Rajvinder’s story, she clung to it with all her might. During 14 consecutive police interviews, Rajvinder was persistent that her mother-in-law had died in an accident. But forensic evidence and autopsy of the body contradicted her story, with the investigators discovering a tide of evidence that incriminated Rajvinder. The medical examiner argued that an individual taking a fall in a bathroom could never suffer from a caved skull.

Rajvinder eventually went on to admit that she murdered Baljit but blamed it on the tension between them. She admitted to manslaughter but denied murder. However, in July 2012, she was found guilty and sentenced to life in prison, with the minimum sentence being 11 years after which she’d be eligible for parole. As of now, she is in her late 40s and serving her sentence in some prison in England.

Read More: Who Were William George Heirens’ Victims? Is the Lipstick Killer Dead or Alive?