Where Is Barbara Morgan Now? 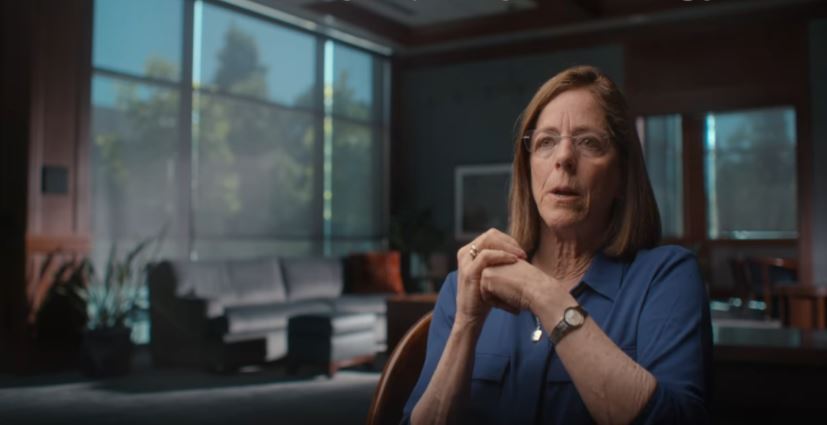 Incorporating rare archival footage and one-on-one interviews with almost everyone involved, Netflix’s ‘Challenger: The Final Flight’ is a four-part documentary series about the Challenger Space Shuttle disaster, which tragically exploded around 73 seconds after its launch on January 28, 1986. The shuttle contained the most diverse crew that NASA had ever assembled, including a high school teacher, Christa McAuliffe, who was supposed to be the first private citizen in space. Unfortunately, though, because of the explosion, all 7 crew members lost their lives. And, watching it all happen from nearby, in real-time, was Christa’s backup and dear friend, Barbara Morgan.

Who Is Barbara Morgan?

Born on November 28, 1951, Barbara Radding Morgan is an American teacher and a former NASA astronaut. She grew up in Fresno, California, where she graduated from Herbert Hoover High School before being accepted to Stanford University, where she obtained her Bachelor’s degree in Human Biology. Then in 1974, she earned her teaching credentials from Notre Dame de Namur University in Belmont. Barbara started her career by teaching at the Arlee Elementary School in Arlee, Montana, but then, in 1975, she moved to McCall, Idaho, and taught at McCall-Donnelly Elementary School. For a year, she even went to Quito, Ecuador, to teach English and Science to third graders.

Barbara Morgan was selected as the backup candidate for the NASA Teacher in Space Project on July 19, 1985. Therefore, from September of that year to January of 1986, she, along with Christa McAuliffe, trained with NASA’s crew at the Johnson Space Center in Houston, Texas. Following the disaster, Barbara kept her friend’s hopes, dreams, and ambitions alive by assuming the duties of Teacher in Space Designee at NASA. In the fall of 1986, she returned to Idaho to get back to teaching kids, but she still continued to work with NASA’s Education Division, Office of Human Resources and Education. Her duties included public speaking, educational consulting, and serving on their task force for women and minorities in science and engineering.

Fast forward 12 years, and in January of 1998, Barbara is selected by NASA to go to space as a mission specialist. So, she returns to Houston to undergo an extensive two years of training and evaluation. After that, she was assigned technical duties in the Astronaut Office Space Station Operations Branch. In 2002, she was assigned to the crew of STS-118, which was originally scheduled to take flight in November of 2003 but was postponed several years after the Columbia disaster on February 1, 2003. Barbara finally got the opportunity to go to space on Space Shuttle Endeavor on August 8, 2007, on STS-118. While in space, she operated the shuttle’s and station’s robotic arm and even conducted lessons for school children, eventually returning to Earth on August 21, 2007.

Where Is Barbara Morgan Now?

Barbara Morgan left the astronaut corps in June of 2008 for a teaching job at Boise State University, Idaho, as the Distinguished Educator in Residence – a faculty position created specifically for her. Her duties here entailed a dual appointment to the colleges of engineering and education. She advised, led, and represented the university in policy development, advocacy, and fund-raising for their science, technology, engineering, and math programs. On June 4, 2008, she was awarded the Friend of Education Award by the National Education Association, and a month later, an elementary school under her name was opened in McCall, Idaho. In 2017, she received the Idaho Medal of Achievement in recognition for her work and services to the people of the state.

We should mention that even though Barbara Morgan did not participate in the Educator Astronaut Project (the successor to the Teacher in Space program), NASA refers to her as an “educator astronaut” and a “mission specialist educator.” Therefore, by all means, she is considered to be NASA’s first educator astronaut. Now, even after so many years, from what we can tell, Barbara still resides in Idaho (with her husband, writer Clay Morgan), is a distinguished figure in education, and advocates for the women and minorities in the technical fields. After all, she always did say that education was as just important as exploration.