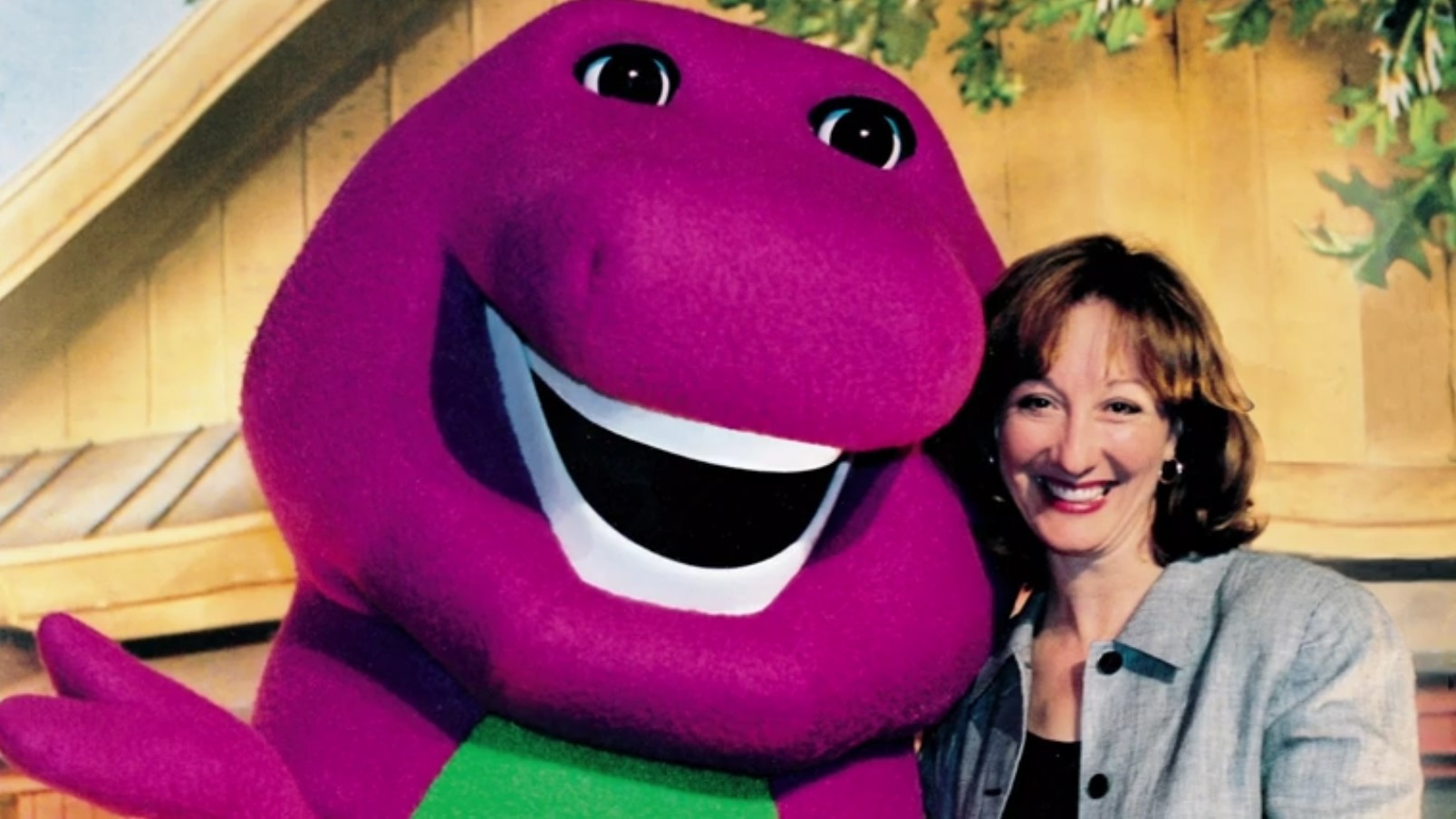 Peacock TV’s ‘I Love You, You Hate Me’ delves into the origins of the lovable children’s TV character Barney, a purple anthropomorphic Tyrannosaurus rex, and how it began facing sudden backlash and violent response. Mixing first-hand accounts of cast and crew members as well as pop culture stalwarts with archival footage, the docuseries explores the possible reasons behind the rise and fall of what was called “Barneymania.” Not just that, it chronicles what started as a nasty joke on the dinosaur, soon escalating into aggressive assaults and even attempted murder.

Featuring several cast members and the creative team behind the character, the docuseries primarily focuses on Sheryl Leach, the mind behind Barney and the one who took him and the show to great heights. She created the friendly dinosaur in the 80s to engage her 2-year-old son, Patrick, and cater to a new TV audience group- preschoolers. Since Barney premiered on TV in 1987, he became a nationwide phenomenon, gaining Sheryl massive acclaim and recognition for her work in children’s entertainment.

In fact, the creator was nominated twice for the Daytime Emmy Awards, along with numerous other accolades. However, things took a shocking turn when the otherwise adored Barney became the butt of cruel jokes, with parents and teenagers even forming secret societies to condemn and mock the character. The situation gradually digressed to an extreme level, causing severe implications for Sheryl and her family. While the Peacock TV series documents how she handled the situation at the time, let’s find out what she has been up to since then, shall we?

Where is Sheryl Leach Now?

After Ted Giannoulas, AKA the San Diego Chicken won the copyright infringement lawsuit that Sheryl and the channel had filed against him, she decided to hang up her boots and exit the show. Thus, after being a successful showrunner from 1987 to 1998, she quit the show to focus on her family, especially Patrick. That year, Sheryl separated from her husband, Jim, and the couple’s divorce was finalized in 2001. 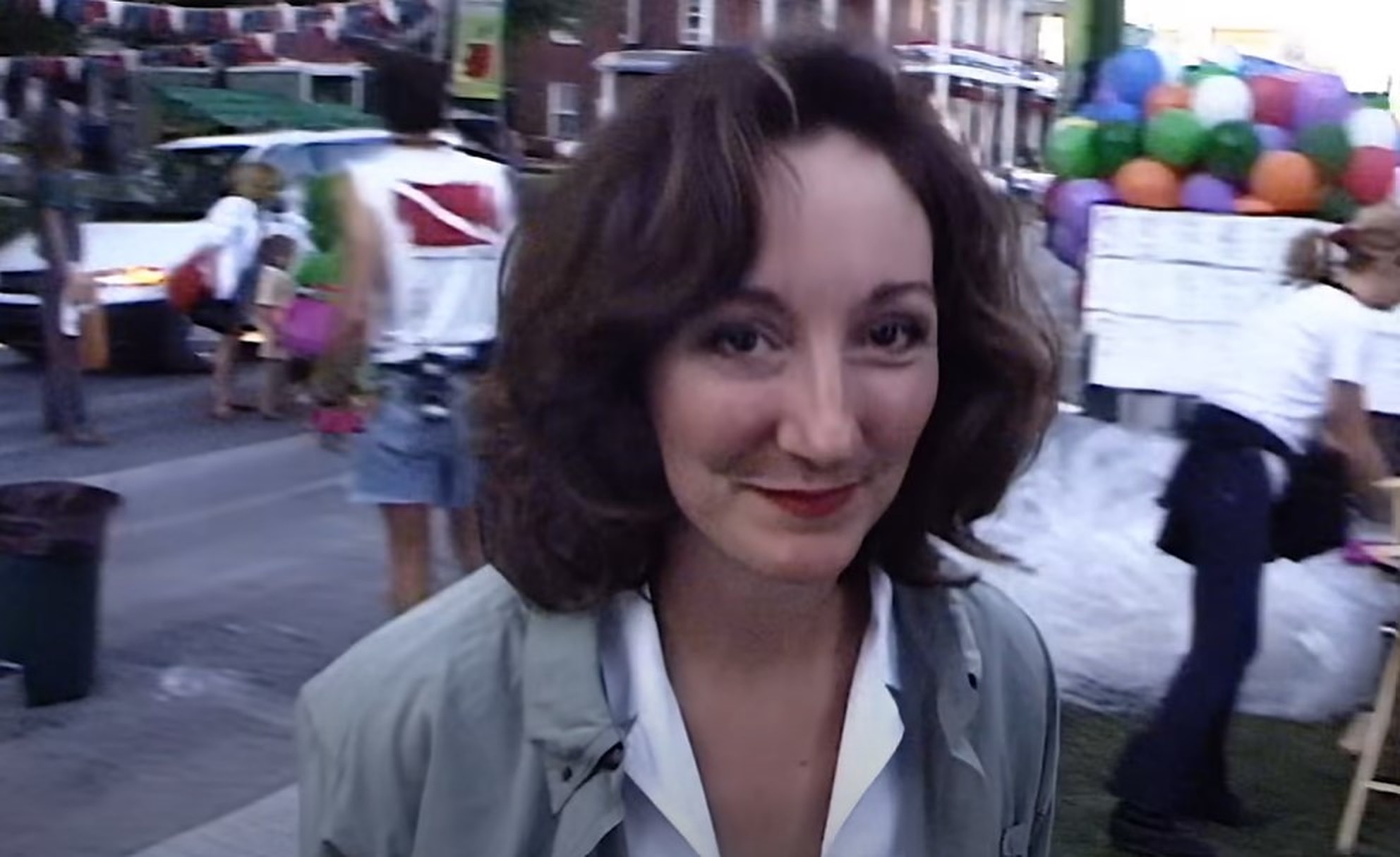 Unfortunately, Jim died by suicide in 2002, and Sheryl had a hard time coping with the loss while taking care of their son, who was recovering from surgery for a benign brain tumor. Soon after, Bob Joyner and David West, the body and voice actors behind Barney, left the show, and thus, the creator sold the character’s copyright to another media corporation.

Sheryl moved to the Turks and Caicos Islands with Patrick, where she opened a restaurant. Meanwhile, her son stayed for some time with her before returning to the US and settling in Malibu, California. Presently, Sheryl is in a happy relationship with her life partner, Howard Rosenfeld. Together, they have founded the Shei’rah Foundation, which funds media projects aiming at social development.

The organization has produced several powerful films and documentaries covering topics such as Holocaust survivors, a radio project by Israeli Palestinian youth, and Tibetan culture and history, to name a few. Besides the foundation, Sheryl and Howard are involved in many philanthropical projects, including building schools and organic gardens in Africa. On top of that, they fund the Institute of Sacred Activism and the Institute of Noetic Sciences and are actively involved in land conservation and community development projects.

The couple resides in Warren, Connecticut, where they own and support two organic farms as well as The Smithy, an organic retail outlet in New Preston, Connecticut, that sources and sells local artisanal products. Sheryl also has individual causes she supports, such as Partners for Sustainable Healthy Communities in Warren, which promotes sustainable agriculture and lifestyle. Besides, she owns a farm in South Africa that works towards saving and protecting white lions.

Despite being so heavily involved in community welfare and public speaking, Sheryl prefers to keep her personal life under wraps and has chosen not to have any social media presence; she even refused to appear on the show. We commend her inspiring journey and wish her and her loved ones the best ahead.