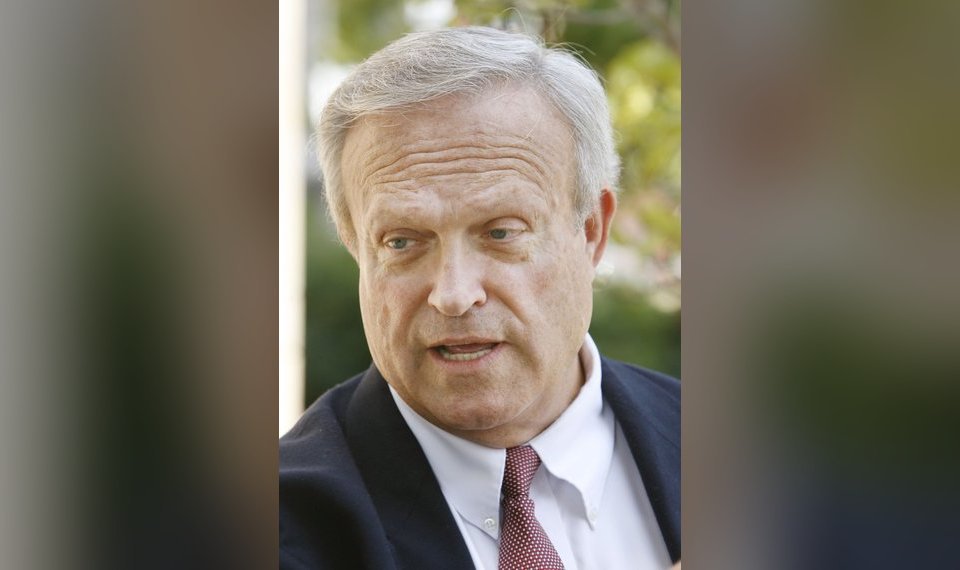 Netflix’s ‘The Innocent Man’ is a true-crime documentary that focuses on the wrongful conviction of Ron Williamson and Dennis Fritz for the rape and murder of Debbie Carter. Williamson had received a death sentence, and Fritz received a life sentence. Later, however, with shocking new evidence coming to light, it was revealed that the killer was actually someone else.

This injustice brought DA Bill Peterson under scrutiny. He was the prosecutor on the case and has been, since, blamed for his negligence, especially with the DNA evidence. A University of Oklahoma graduate, Peterson’s shining career was tainted after this miscarriage of justice. Once named Outstanding District Attorney, he soon fell to criticism. What happened to him after the case, and where is he now? Here’s the answer.

Bill Peterson retired from his post as the DA in 2007. In his closing statement on his career, he said, “I have always sought to seek the truth in charging of crimes and was willing to endure the consequences of those decisions. The job of a prosecutor is to make a charging decision based on provable facts of any case and to do what is right. After 28 years as a prosecutor, it is time to pass this responsibility to someone else.”

John Grisham’s book, ‘The Innocent Man’, on which the Netflix documentary is based, was published in 2006. He had criticized Peterson for mishandling the case, which led to the wrongful conviction. Peterson admitted that the book’s negative portrayal made him think about retiring, but in the end, it did not have any significant influence on his decision. “It is something I’ve been thinking about for a while and came to the conclusion that it is time. I am 64 years old and came to the realization it’s time to go to another phase in my life,” he said. However, he did not intend to leave this defamation in peace.

He created his own website to portray the events from his point of view. He took a step further with a libel lawsuit against Grisham soon after. However, the case was dismissed in 2008. Again, in 2010, he filed another lawsuit in the federal appeals court, but that was dismissed too. Since then, he has not taken any further legal action.

Despite his feelings towards Grisham’s work, he does regret not being able to uncover the truth in the Debbie Carter case. “I felt horrible at the time and I still feel bad about it,” he said.  However, he still stands by his work ethic and maintains that there had been no mishandling of the case and the evidence on his end. “I did the job the best I could based on what was presented to us by law enforcement. No one did anything wrong. You do the best you can with what you’ve got. No system is perfect, but this is still the best system there is.”

Since retirement, Peterson has been living a quiet life out of the spotlight. On his retirement, he had expressed the desire to travel with his wife and dedicating more time to his grandchildren. In 2018, his granddaughter, Olivia Brackin, won a gold medal at the 2017 World Championship Morgan Horse Show in Oklahoma City in the dressage event. That was as far as Peterson has come to the media limelight. He has maintained his distance otherwise. (Featured Image Credit: The Oklahoman)