Where is Billy McFarland Now? 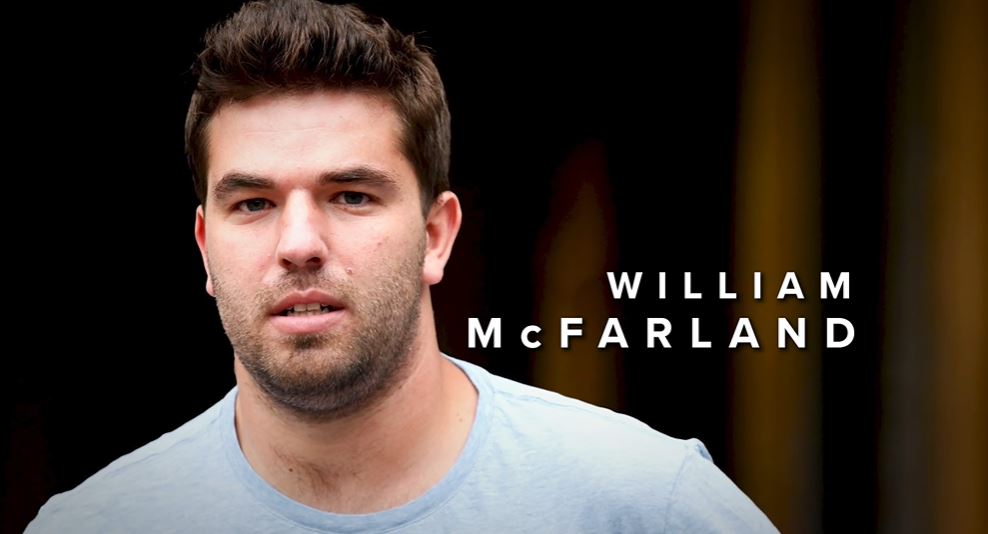 Narrated by Whoopi Goldberg, ABC’s ‘The Con’ is a true-crime documentary series that explores the spiraling tales of people who made claims and promises that proved too good to be true. From high-profile identity frauds and misleading romances to college admission scandals and the Fyre Festival, it covers every possible financial and emotional scam. And with its episode, ‘The Fyre Festival Con,’ we get an inside look into how Billy McFarland changed the world of many. So now, if you’re here curious to know where the brains behind the ill-fated festival is now, you’ve come to the right place.

Who is Billy McFarland?

Born on December 11, 1991, William Z. McFarland was raised in the Short Hills section of Millburn, New Jersey, to parents who made their living as real estate developers. According to a 2014 article in the New York Post, Billy launched his first startup at the age of 13: an outsourcing business that matched clients with web designers as per their needs. After graduating from Pingry School in 2010, Billy enrolled at the Bucknell University to study computer engineering but dropped out in his freshman year. He subsequently founded a short-lived online advertisement company before stepping into payments and cards with Magnises.

After that, Billy founded Fyre Media Inc., the parent company of Fyre Festival, where he also served as the CEO. To promote their music booking application, he soon began publicizing Fyre Festival as a luxury music festival in the Bahamas, to be held in April 2017. He claimed that models like Bella Hadid, Emily Ratajkowski, and Kendall Jenner were all expected to be in attendance. However, with severe misrepresentation issues, when guests arrived at the island where the festival was said to be a go, they were met with tents and sad-looking pre-packed cheese sandwiches instead of the promised high-end villas and meals. Thus began the downfall of the entrepreneur.

Because of the frenzy surrounding the Fyre Festival, when it crashed, it became the focus of a United States federal investigation and multiple lawsuits. It then came to light that Billy had borrowed almost $7 million to fund the festival at an effective annualized interest rate of 120%, which he defaulted on. Following the filing of a class-action suit and six federal and four individual lawsuits connected to the festival’s fraudulent promotion, Billy McFarland was arrested on June 30, 2017, and charged with wire fraud. He made bail, but the authorities made sure to let the world know that Billy’s entire short-lived career showed a “pattern of deception” and “overpromising luxury experiences.”

Where is Billy McFarland Now?

When the time came in March 2018, Billy McFarland pleaded guilty to two counts of wire fraud and admitted to using forged documents to defraud investors out of $26 million to benefit his company and the festival. Consequently, on October 11, 2018, a Manhattan federal court sentenced Billy to serve six years in prison. “Today, McFarland found out the hard way that empty promises don’t lead to jet-setting, champagne, and extravagant parties,” U.S. Attorney Geoffrey Berman said in a press release. “They lead to federal prison.”

Therefore, at the age of 29, Billy McFarland is currently incarcerated at the low-security, male-only Federal Correctional Institution, Elkton, in Lisbon, Ohio, as per reports. His release date, according to the government inmate records, is August 30, 2023. In April 2020, during the start of the COVID-19 pandemic, Billy requested a compassionate release from prison, alleging that his pre-existing conditions made him “particularly vulnerable to catching and suffering from severe or fatal consequences of the virus.” But his appeal was denied that same month.

Now, Billy is back into the spotlight by releasing his podcast ‘Dumpster Fyre’ from inside his prison cell. In this phone-recorded audio series, he discusses the highs and lows of his career, along with the aftermath of the scam, in complete detail. Here, he introduces himself by his inmate number first, before adding, “otherwise known as Billy McFarland.” The fraudster’s tale and the controversy surrounding the Fyre Festival have also been profiled in two documentaries; Hulu’s ‘Fyre Fraud’ and Netflix’s ‘Fyre: The Greatest Party That Never Happened.’

Read More: What is Billy McFarland’s Net Worth?