Where Is Blanche Taylor Moore Today? 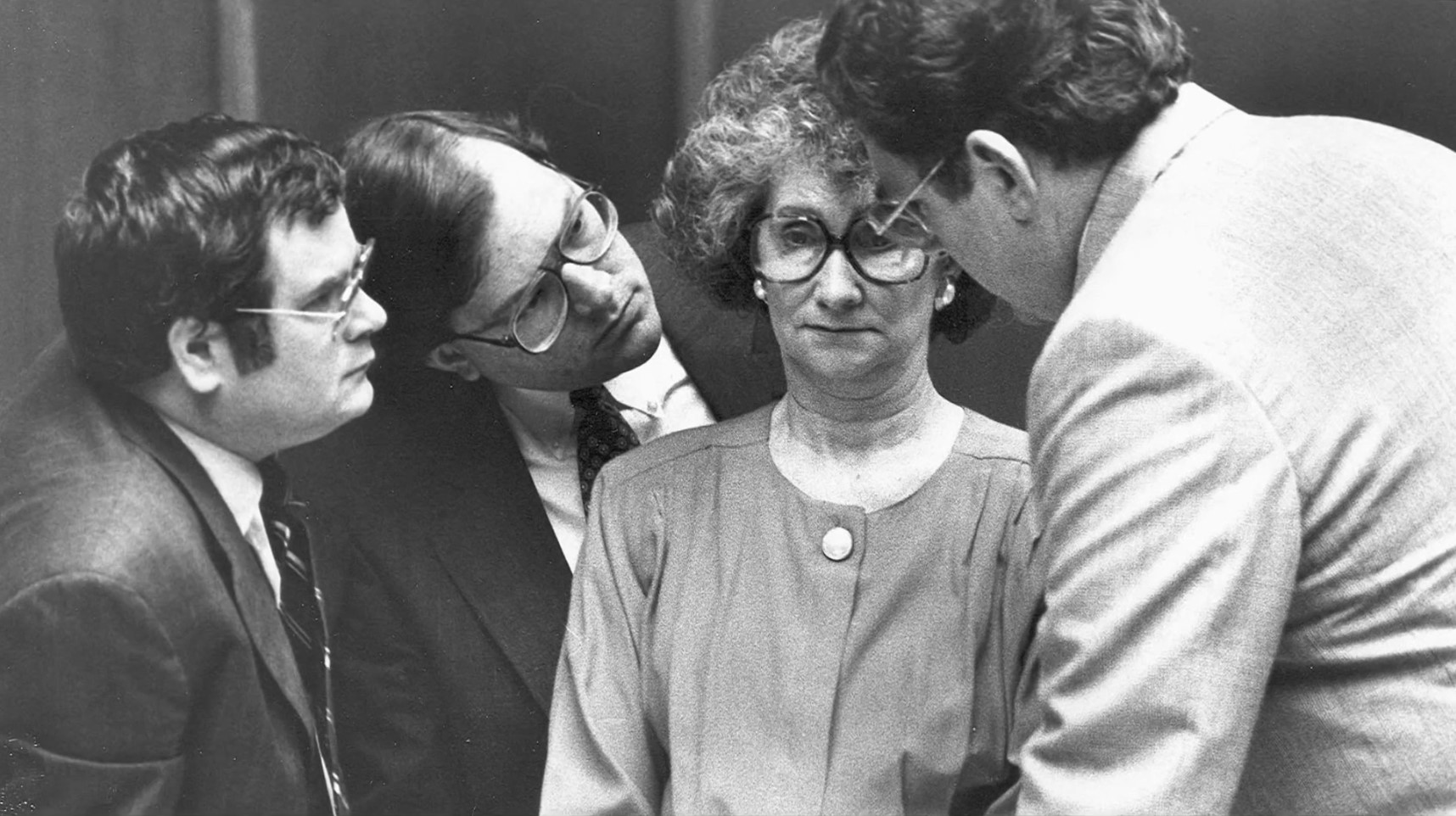 Investigation Discovery’s ‘Evil Lives Here: My Mother’s Lies’ chronicles Blanche Taylor Moore’s crimes and how her murderous actions changed the lives of people around her. Blanche, whose M.O. included overdosing her victims with a lethal amount of arsenic, was convicted of one murder and accused of at least two more. This North Carolina woman whose crimes that stretched from 1968 to 1989, when she was finally arrested, made her an infamous name in American households. Let’s find out more about Blanche Taylor Moore and where she is today, shall we?

Who Is Blanche Taylor Moore?

According to the authorities, Blanche Taylor Moore only targeted men who were gamblers, womanizers, or adulterers. Perhaps her hatred of such activities stemmed from the mistreatment she apparently received from her father when she was young. One of the seven children born to Parker Davis Kiser and Flonnie Blanche, she witnessed her father leaving her mother for another woman when she was just a young girl. Her father was also an alcoholic and an addicted gambler who ran into massive debts. Blanche has also accused her father of forcing her into prostitution to pay off his gambling debts. 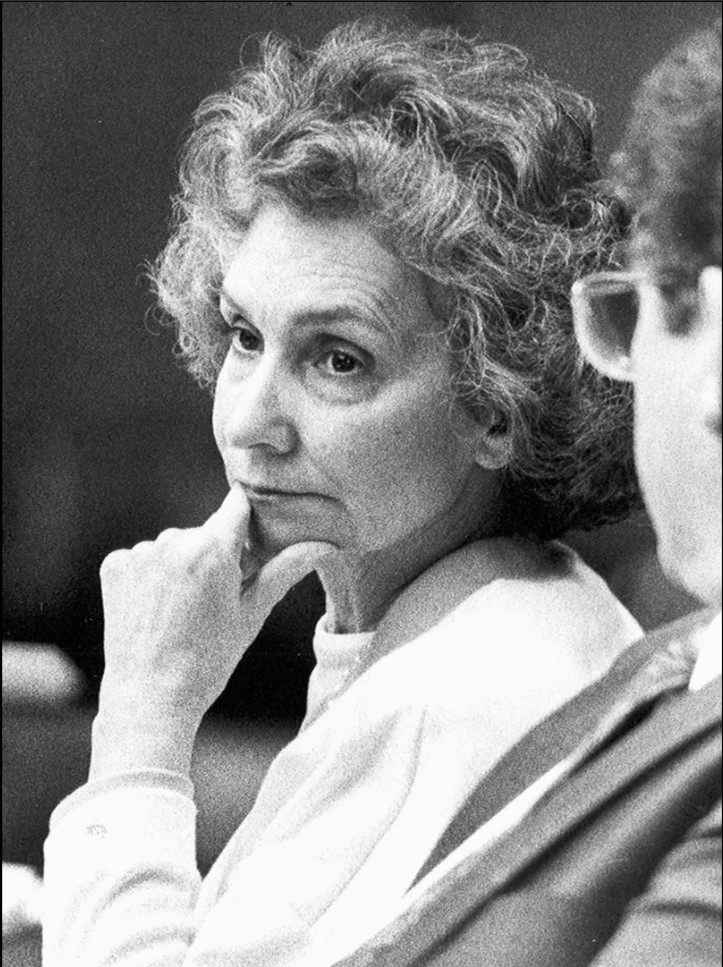 Blanche’s father passed away in 1966 from an apparent heart attack. She moved out of her childhood home when she was 19 and married James Napoleon Taylor in 1952. Always strong-willed, she also wanted to earn her own wage and make her own living. Thus, two years into her marriage, Blanche took up a job as a cashier at a Kroger supermarket and was promoted to the position of head cashier in 1959. Their marriage lasted for 21 years, and the couple shared two beautiful kids. It seemed like a dream life for Blanche after all the trauma she had experienced in her childhood. Then, in 1973, Taylor died unexpectedly from a heart attack.

Blanche, who appeared devastated, claimed that she was the one who discovered her husband lying dead in bed. Though seemingly shaken by her first husband’s death, Blanche soon began publicly dating Raymond C. Reid. Blanche reportedly met Reid a decade before Taylor’s death, at the Kroger store she worked at as he was an assistant manager there. In the Oxygen documentary ‘Snapped,’ Reid’s son described Blanche as someone manipulative who knew exactly what buttons to press to get what she wanted. The couple, though, never married.

In 1985, while still dating Reid, Blanche met Reverend Dwight W. Moore at a church function on Easter Sunday. According to friends and family of the Reverend, Dwight and Blanche hit it off right from the beginning. There was instant chemistry between them, and within a few months, the couple seemed to be in love with each other. In a set of mysterious circumstances, Blanche’s boyfriend, Reid, fell sick soon after Blanche met Dwight. Reid was admitted to the hospital, but apart from severe vomiting, the doctors could not figure out what was wrong. His sickness seemed to increase and decrease randomly with no pattern to it. 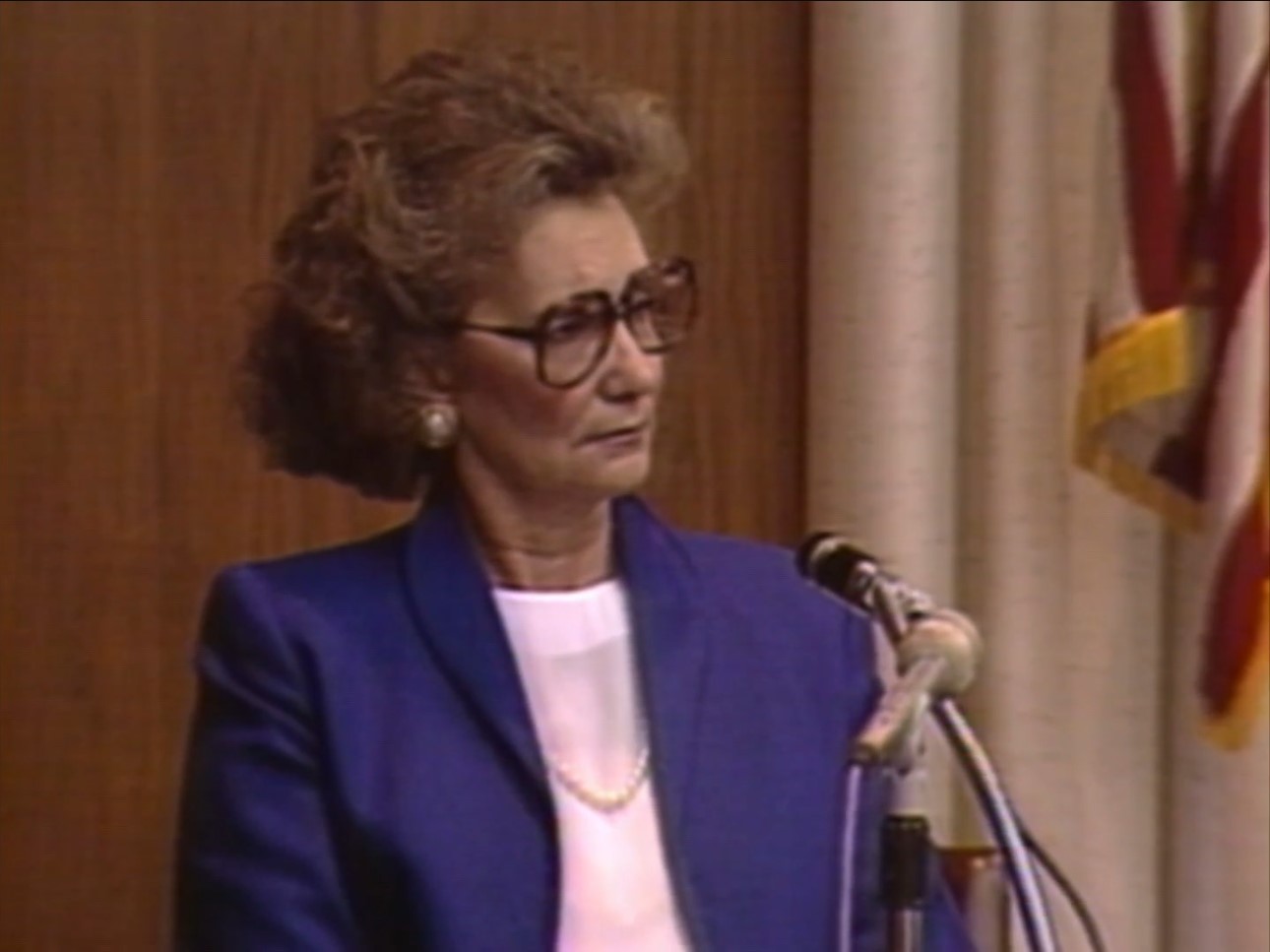 During Reid’s stay in the hospital, the hospital staff noticed that Blanche was a regular visitor who would bring him food and take care of him. Still, Reid passed away on October 7, 1986, and doctors determined that he had died from the complications from Guillain–Barré disease, an immune-system disorder. Soon after Reid’s death, Blanche married Dwight on April 19, 1989. Cindy Chatman, Blanche’s daughter, told ‘Snapped,’ “Mom would have been one of those women that would have made a great pastor’s wife. She was very knowledgeable of scripture.”

The newly married couple went off on their honeymoon, but within seven days of them getting together, the reverend was admitted to a hospital with excruciating stomach pain with nausea and vomiting. As the days passed, he kept getting sicker. He also started losing the sense of feeling from his limbs and had tremendous pain all over his body. Doctors, who were again at a loss concerning the cause of his condition, decided on a hunch to test Dwight for poisoning. The results came back positive, and in May 1989, Dwight was found to have 100 times the usual amount of arsenic in his blood.

Where Is Blanche Taylor Moore Now?

When the hospital discovered the insane amount of arsenic in Dwight’s blood, they, along with the police, kept him separated and did not allow anyone, including Blanche, to visit him. The police also questioned Dwight, and he pointed them towards the untimely death of Raymond Reid. Police, suspicious of Blanche, ordered Reid’s body to be exhumed. Reid’s family then informed police that they wanted to perform an autopsy right after his death, but Blanche steered them away from it. 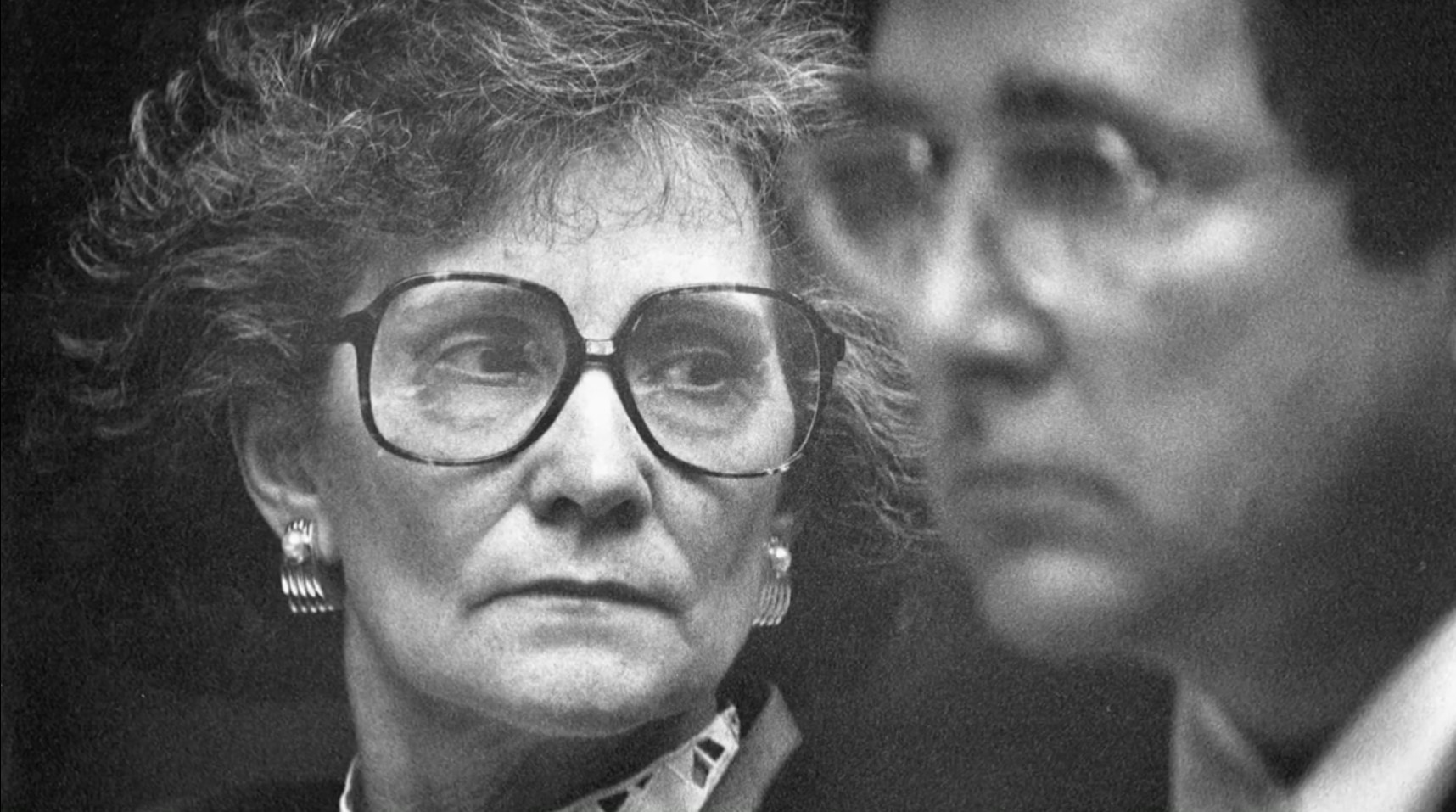 Police also noticed that money might have been a factor as Reid’s will was found to have been changed just a month before his death. Once Reid’s body was examined, medical examiners found the same amount of arsenic in his body. Now confident that Blanche had something to do with the poisonings, police made up a list of dead people who could have been her victim. Burlington Police First Sergeant Dexter Lowe said, “We had a list at that time of 22 people that we had obtained court orders on to obtain their medical records.”

Once the police were allowed to obtain their medical records, they exhumed the bodies of Blanche’s first husband and her father, both of whom were found to have been poisoned by arsenic. However, the level of arsenic in her father’s body was non-lethal. Police then arrested Blanche and charged her with two counts of murder and one count of attempted murder. In August 1989, Blanche, after her arrest, claimed herself to be innocent and said, “I know arsenic was found in those people, but it’s not because I put it there because I did not do it.” 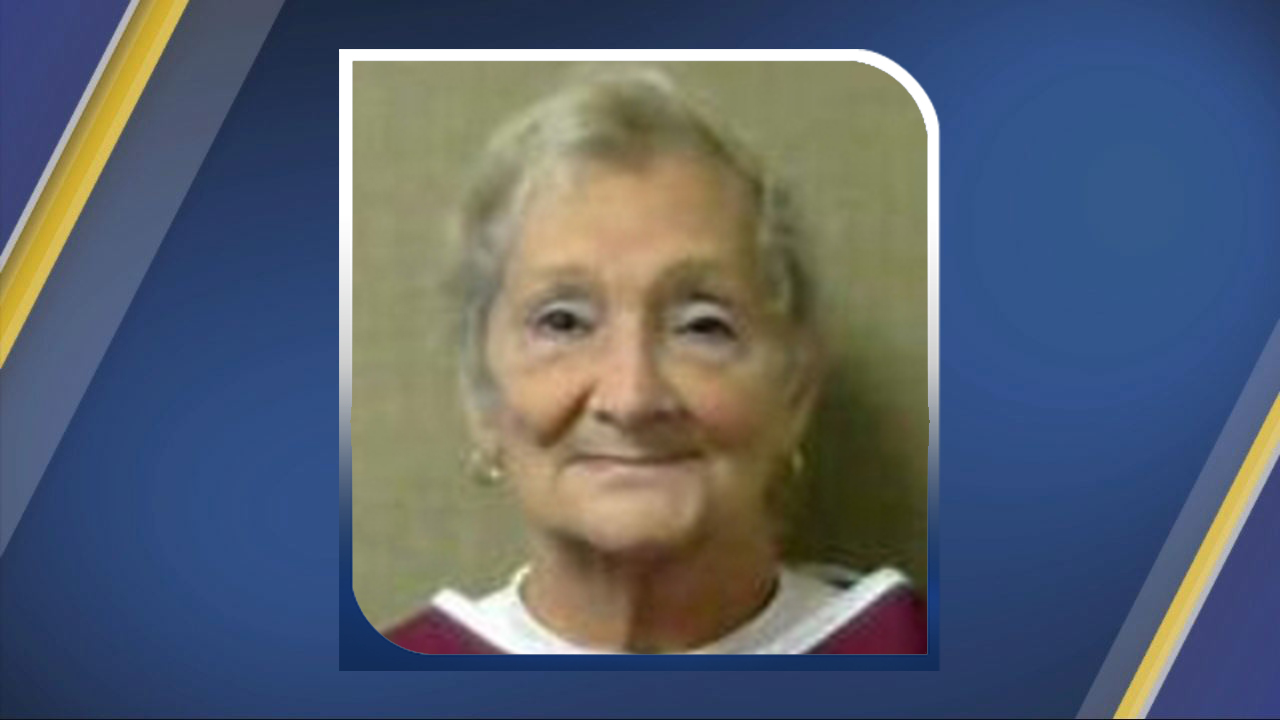 Before her trial was about to commence, Blanche got a letter at the jail she was being held at. The letter, which was from a man named Garvin Thomas, stated that Thomas was responsible for the poisonings as he was in love with her. This letter caused a setback in Blanche’s murder trial but was ultimately proved to be fake as prosecutors, through handwriting experts, discovered that Blanche wrote it herself. After being put on trial in late 1990, Blanche was tried for the murder of Raymond Reid. Numerous people, including her then-husband Dwight, testified against her in her trial. 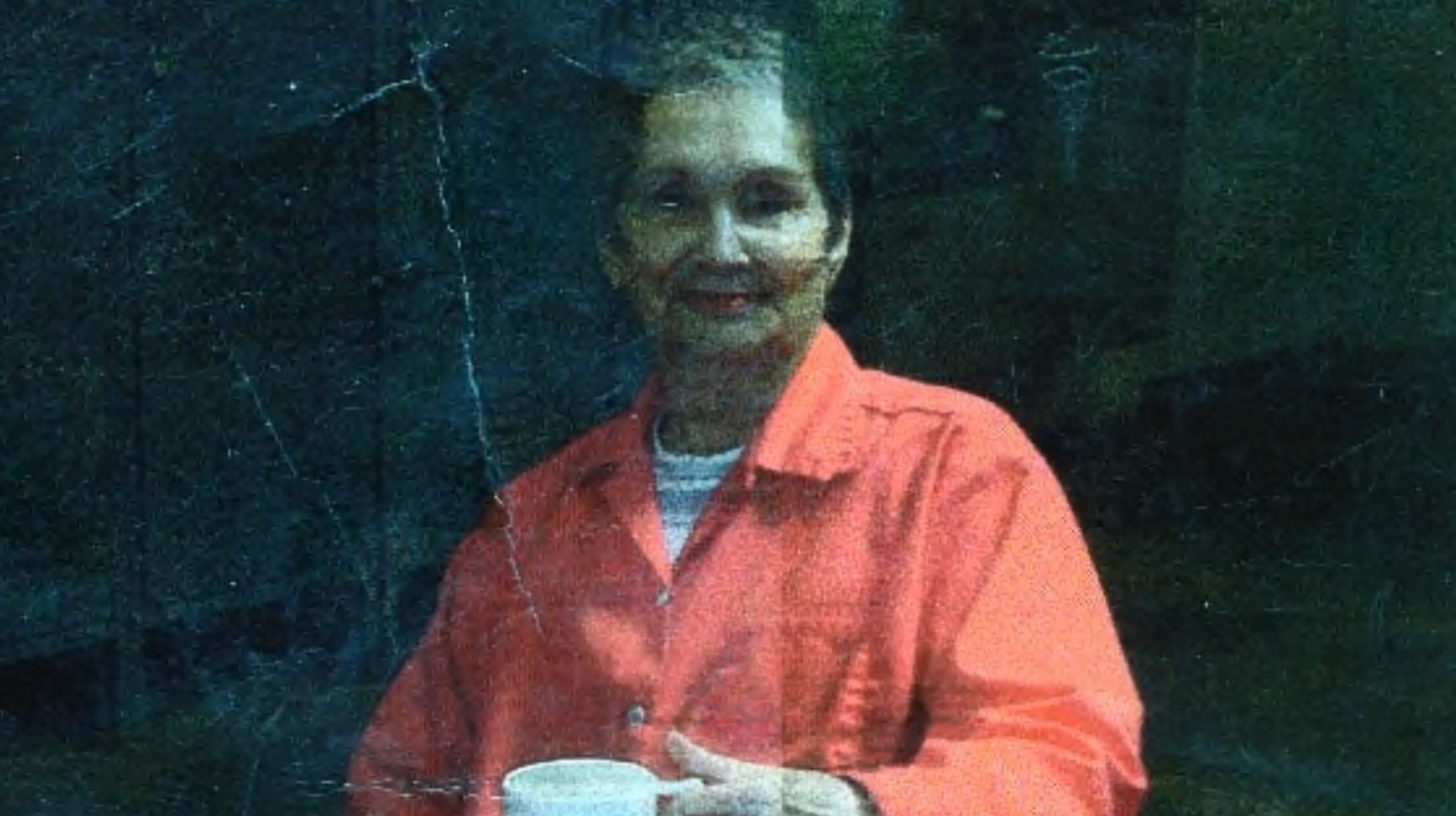 Blanche herself took the stand in her defense and claimed that she was innocent of all charges. The jury, though, did not see eye to eye with her and instead found her guilty of the murder of Raymond Reid. Blanche Taylor Moore was then sentenced to death on November 16, 1990. At present, Blanche is the oldest woman on North Carolina’s death row and is still awaiting her execution. She was never tried for the other murders as the police dropped the charges after her first death sentencing. She is presently being held in the North Carolina Correctional Institution for Women in Raleigh, North Carolina.

Read More: How Did Taylor Behl Die? Who Killed Her? Where is Benjamin Fawley Now?