Where is Boca a Boca Filmed? 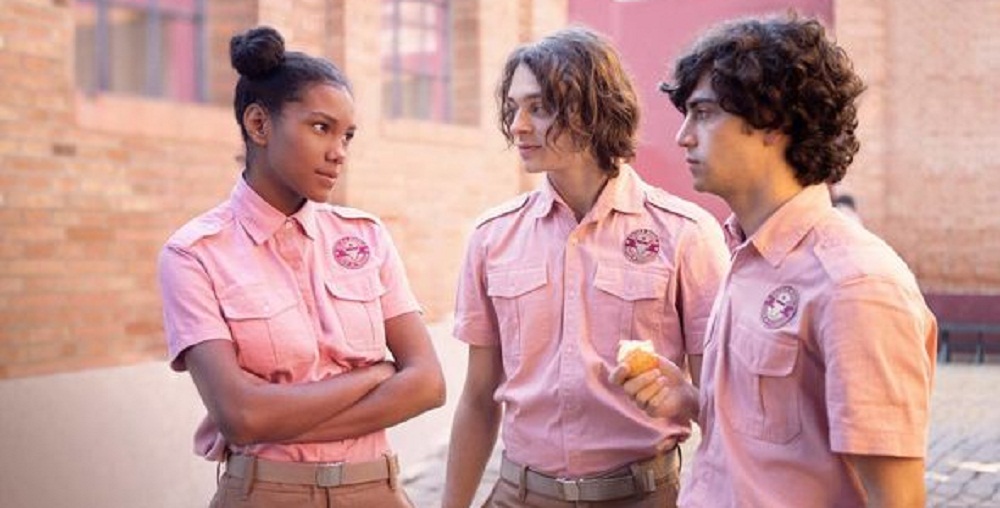 Following the success of ‘Reality Z,’ Netflix now brings another thrilling Brazilian original titled ‘Kissing Game’ (aka ‘Boca a Boca’). The series, set in an old, peaceful town, revolves around the terror that is faced by its locals when a mysterious disease starts spreading through kissing. From its premise, it seems like ‘Kissing Game’ is catching up with the recent resurgence in the pandemic subgenre. To know whether or not it’s relevant for the present times, you’ll have to check it out yourself. With that said, if you’ve watched the trailer of the series, you might have noticed how it imbues a unique neon light mise-en-scene, which comes in tandem with its underlying dystopian themes. Moreover, its small-town setup further enhances its thrilling melodrama. So, in case you’re curious about its filming locations, here are all the details you need to know.

Lately, Brazilian Productions have been doing reasonably well on Netflix. And thus, it comes as no surprise that the streaming giant continues to invest in these local producers. As mentioned earlier, ‘Kissing Game’ is yet another Brazilian TV series set in a small town, which is plagued by a disease that spreads through kissing. For the most part, the action of the series ensues in a high school. According to several reliable sources, the show’s filming entirely took place in Goiás, which is a municipality in the Brazilain state of Goiás.

Created by Esmir Filho (‘Something Like That’), ‘Kissing Game’ is Netflix’s second partnership with Brazilian producer Gullane, which is owned by brothers Caio Gullane and Fabiano Gullane. The production house has previously undertaken more than 45 films and 30 television series, along with several specials and documentaries. When it comes to the filming location of the series, the creators of the show probably chose Goiás because it perfectly befits its setup.

As mentioned above, the show takes place in a small, quaint town. Goiás, too, is a small municipal town with a population as little as 22,000 (approx.) Moreover, the small town also has a well-established colonial heritage of its own and is known for being culturally rich in context with music, poetry, and gastronomy. Thus, Goiás not only proves to be an excellent backdrop for the show’s dystopian setup but also gives international viewers a glimpse of Brazil’s cultural identity. Although a few Brazilian films and specials were previously filmed in Goiás, ‘Kissing Game’ is probably the first major series that is using the town as its backdrop.

Since the inception of its production, the cast and crew of the series have uploaded several behind-the-scene stills from its sets. You can check them all out below: