Where Is Braun Strowman From WWE Right Now?

The WWE franchise has earned great fame and acclaim as the number one professional wrestling company in the field of entertainment. For years, World Wrestling Entertainment has entertained us with high-octane drama, hair-raising plots, thrilling rivalries, and even a bit of steamy romance. Braun Strowman, aka Adam Scherr, was an integral part of the WWE network, and fans were completely taken aback when the star was released from the company in June 2021. Nevertheless, with Braun away from the public sphere for quite some time, fans are intrigued to know where he is at present. Let’s find out, shall we?

Who Is Braun Strowman?

Adam Scherr, popularly known by his “WWE name,” Braun Strowman, became a household name in the field of wrestling after officially joining World Wrestling Entertainment in 2013. Pretty soon, his talent outshone a lot of others, and Braun found a permanent place on WWE’s main roster in 2015. His appearance on the main roster was an immediate success as the audience was quick to take to the new superstar. Braun’s performance was also quite impressive and earned him a plethora of fans in a very short time. Thus, within just six years of being associated with WWE, Braun became immensely successful and had been crowned the tag team, intercontinental as well as universal champion. Additionally, he also won a ‘Money in the Bank Briefcase’ Match, the ‘WWE Greatest Royal Rumble’ Trophy and Championship in 2018, and the 2019 ‘André the Giant Memorial Battle Royal.’ 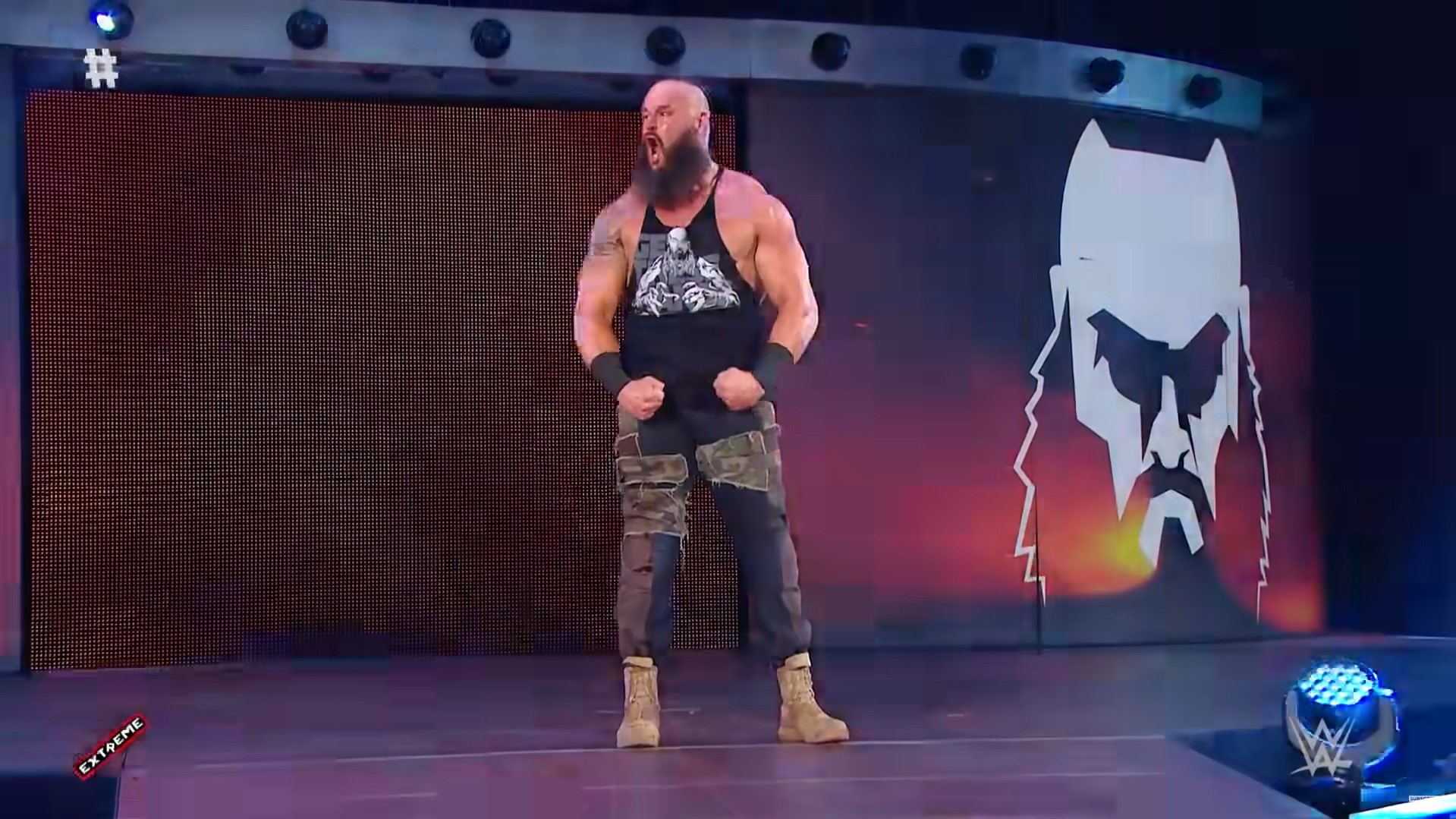 Ultimately, on June 2, 2021, World Wrestling Entertainment released Brain Strowman. The news came as a shock to most viewers as Braun enjoyed an incredible run as a WWE superstar and was one of the most popular wrestlers on the network. Besides, Braun’s release also did not sit well with several other wrestlers, and there were speculations, albeit unconfirmed, about how the superstar might have been let go because of budget cuts.

Where Is Braun Strowman Now?

Once Braun got out of WWE, fans were curious about the future, as the man himself decided to keep people in the dark about his upcoming plans. Nonetheless, he soon announced that his first “non-WWE” match would be against EC3, another ex-WWE superstar, in the pay-per-view program ‘Free The Narrative 2 – The Monster In Us All.’ Additionally, he was also a part of the final battle event in ‘Ring of Honor’ on December 11, 2021. However, in a January 2022 interview with CBS Sports, Braun mentioned that he did not want to be a part of any other pro-wrestling company and said, “I’m not looking for a full-time signing. I’m looking to enjoy some of my time. I love the art of professional wrestling, and eight years with WWE was very time-consuming.” Although he credited WWE for giving him outstanding opportunities, he stated that it made him lose out on the little things in life.

Besides, Braun even outlined his future plan in the interview as he said, “Time flies by, and you forget about it. You don’t get a chance to do it. So I’m catching up on spending time with my family and loved ones. Working on my mental health and my physical health. Working on the tolls of eight years of being a WWE superstar.” At present, Braun is involved with the ‘Free The Narrative’ wrestling series and has even fought in a tag-team battle alongside EC3 on March 7 in Dubai. Moreover, from the looks of it, he has also been enjoying a wonderful life surrounded by his family, and we would like to wish him the very best for the years to come.

Read More: Where Is Roman Reigns From WWE Right Now?