Where Is Roman Reigns From WWE Right Now?

For wrestling fans, World Wrestling Entertainment or WWE is a name that stands out from the rest. For years the top-rung professional wrestling company has been entertaining us with outstanding productions, engaging plots, and thrilling rivalries along with a sprinkle of drama and romance. Moreover, the company is also quite famous for taking lesser-known talents and turning them into world-renowned superstars.

Such a superstar, Roman Reigns, aka Leati Joseph Anoaʻi, became a part of WWE officially in 2010. Since then, Roman has earned countless accolades and is known as one of the most successful WWE champions to date. Still, with so much success in his professional life, fans are pretty interested to find out where Roman is at present. Well, we come bearing answers!

Who Is Roman Reigns?

Born as Leati Joseph Anoaʻi, Roman Reigns became a part of WWE in 2010, and in August of the same year, he made his debut on national TV under the name Roman Leakee. As Leakee, the professional wrestler went on to earn several accolades and even won the FCW Florida Tag Team Championship in 2012. However, in October 2012, Leati Joseph Anoaʻi debuted as Roman Reigns in an ‘NXT’ episode where he defeated CJ Parker. 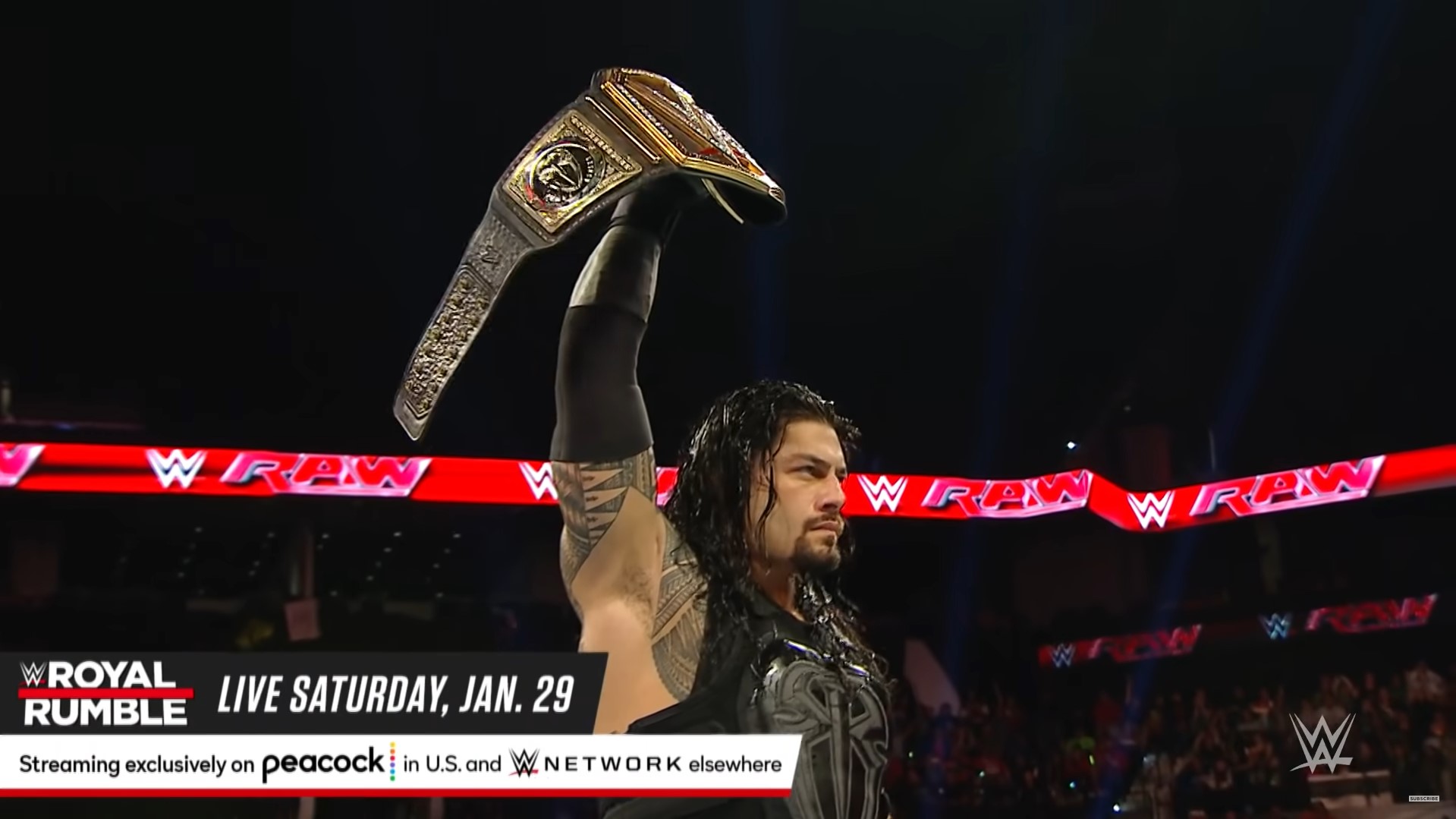 Interestingly, since his first appearance as Roman Reigns, the WWE wrestler has played a villain character on the network. Apart from earning international fame and becoming a household name in the field of professional entertainment wrestling, Roman became an integral part of WWE and even managed to garner a significant fan following. Moreover, he has also been responsible for gifting us several memorable fights and feuds, as his rivalry with Jey Uso was ranked as the Feud of the Year by CBS Sports in 2020.

Apart from Roman’s feuds and rivalries, he has also earned several titles during his tenure in WWE, including the Intercontinental, United States, Universal, and Tag Team championships. Moreover, he is the twenty-eighth Triple Crown Champion, ninth Grand Slam Champion, and 2015 ‘Royal Rumble’ winner. Additionally, he is also the current WWE (World Heavyweight) Champion, a title Roman won 4 times, and was judged as 2021’s Wrestler of the Year by Sports Illustrated.

Where Is Roman Reigns Now?

Interestingly, there were several assumptions, although unsubstantiated, about Roman leaving WWE. Moreover, his absence from several popular live events like ‘Hell in a Cell,’ strengthened those same rumors. However, the speculations have since been proven false, and we are happy to report that Roman Reigns will continue performing under the banner of World Wrestling Entertainment. Reports also explained his absence by mentioning that he signed a new contract with WWE, which would see him appear in fewer productions. Nevertheless, at present, WWE has confirmed that Roman will be a part of several ‘Smackdown’ events in July and will also make his return in ‘RAW’ in the same month.

A post shared by Joe Anoai aka “Roman Reigns” (@romanreigns)

On the other hand, there have also been reports about Roman following in the footsteps of several WWE stalwarts and transitioning from a successful professional wrestler to Hollywood acting. Although Roman has appeared in a few movies and TV shows, the wrestler talked about his interest in acting on ‘The Michael Kay Show,’ and said, “That’s something I want to dabble in and gain more experience. I want to use these tools that I’ve learned. WWE has done so right by me and has given me so much and placed so many great blessings and opportunities in front of me. I’ve just had to capture them and grab that ball and run with it.” Roman also seems to be doing pretty well in his personal life as he is happily married to Galina Becker, and the couple is proud parents to five children. It is inspiring to witness Roman’s successful life, and we hope he remains happy in the years to come.

Read More: Where Is Braun Strowman From WWE Right Now?