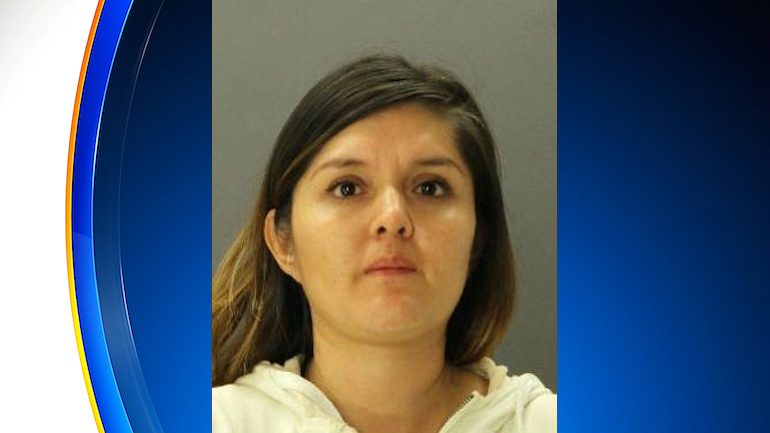 There are a few notable motives for homicide out there, and the list usually includes lust, love, and money. One could even argue that it was a combination of the three that led to the death of Kendra Hatcher when she was shot in the parking complex of her residence. The murder and its aftermath, which is seen in ‘Dateline: 10 Minutes of Sunset,’ was premeditated, and if you’d like to learn more about how the events unfolded, then you’re in the right place.

Who is Brenda Delgado?

Brenda was born to Luis and Maria Delgado, who had immigrated to Dallas, Texas, from Mexico, where her father had worked in a factory. Calling it the land of opportunities, they found a home in Pleasant Grove (a lower-income community in southeast Dallas). This is when Luis found work in construction, whereas his wife worked with the U.S. Post Office and also cleaned houses. Brenda was their second child and was the only girl.

One of her brothers stated that Brenda had always been ambitious from childhood. Not only was she an excellent student who was loved by her teachers, but she also worked part-time in a floral shop and as a waitress. Although Brenda had dreams of attending medical school one day, the sad reality was that her parents couldn’t afford the expensive tuition. So after she graduated from Skyline High School in 2000, she lived with them. At this point in her life, Brenda was working as a dental assistant, and alongside this, she was employed at a day spa in NorthPark Center, where she would whiten teeth.

Eventually, Brenda moved out to a spare bedroom that one of her married friends was renting out to her. It was around 2012 when she met with Ricky Paniagua, the dermatologist with whom she had an almost 3-year relationship. Their first date was at a Jennifer Lopez concert at the American Airlines Center. In November 2012, 3 months after the event, Brenda had moved in with Ricky at his place in Fitzhugh Urban Flats when her friend wanted her to leave the apartment. He had even met his girlfriend’s parents.

In 2013, she uploaded a birthday post for him on Facebook which read, “Happy Birthday to the most amazing and smartest man I know. Ricky, together we’ve shared so much happiness, you are my best friend. I love you with all my heart and can’t imagine life without you!” Then, Brenda found out that she was pregnant with their child. She chose to abort it. By the fall of that year, she even joined dental hygiene school at Sanford-Brown.

A friend later commented on how weird it was that she spoke of Ricky during introductions – “It stuck out because if you’re meeting everyone you talk about your family, where you’re from – and hers was all about Ricky.” He added, “She kept reiterating that he was going to have money and that dermatology’s the highest-paying type of medicine.” The pair split up but got back together when Brenda showed up at his salsa classes. Ricky stated, “We reintroduced each other into one another’s lives and we decided to give our relationship another try.”

Things seemed to be going well for them but then, he broke up with her again, citing some issues that he needed to take care of. Interestingly, it did not seem as though anything was wrong between them after their split. The two still shared an amicable relationship, and Ricky would even see Brenda at the Katy Trail when he would go running. He recalled, “At the time, I thought it was just coincidence.” But the truth was more sinister, as she had his email and iCloud passwords and would stalk him regularly (without him finding out).

On the surface, it seemed as though Brenda had processed the emotional blow of a breakup. However, this was not the case. Many who knew her testified that the student wanted to remove Kendra from the equation completely. Her former roommate, Jennifer Escobar, said, “She was mad all the time. I kind of understood her anger. But at the same time, she was super obsessed with him.” Jennifer added, “She just wanted to eliminate Kendra Hatcher. Or both of them.”

Brenda’s cousin, Moses Martinez, also stated that he was offered money to scare the dentist with a baseball bat. Eventually, she got two people to help her – Crystal Cortes, the getaway driver, and Kristopher Love, the triggerman. The former was a single mother who needed money, and the latter was lured in when Brenda offered to pay him with a combination of drugs and cash.

On September 2, 2015, Brenda borrowed a black Jeep from her friend, Jose Ortiz, who owned and operated an auto repair shop. Cortes dropped off the jilted lover at a public library where she had a study date with a classmate. When Kendra got off work and went home, Love and Cortes followed her. Then, he got out of the car and shot her in the parking garage of Gables Park 17, where the victim lived.

Where is Brenda Delgado Now?

When Kendra was killed, Brenda and Jose were having drinks at Chili’s, giving her an alibi. A security camera captured the car on the premises and Ortiz later testified, “I gave her a comment like ‘hey did you hear about that dentist that got shot in uptown Dallas?’ She said ‘no.’ I said ‘it’s funny because it looks very similar to mine. I’m over here lending you my car and then a day later I find out it’s in the news (and it) looks very similar’.”

Later, Eric Barnes, a veteran Dallas Police homicide detective, interrogated Brenda after Cortes offered them the details of the murder-for-hire plot in exchange for a 35-year prison sentence. Although the detective took a sympathetic route while communicating with her, she did not utter anything that could put the blame on her. Barnes told her, “All this revolves around you, and it’s all because of something you couldn’t have. You couldn’t get him back as long as she was alive.”

After Cortes and Love were arrested for their involvement in the crime, it was Brenda’s turn. However, she had fled to Mexico, where she lived with her family. Since she was a citizen of both the United States and Mexico, she was only extradited once the prosecutors affirmed that she would not be given the death penalty. (She was on the FBI’s most-wanted list in the meanwhile as well).

The jurors only took 20 minutes to convict Brenda on charges of capital murder, and for this, she was sentenced to life in prison without the possibility of parole. She was 36-years-old at the time. Bonnie Jameson, the victim’s mother, did feel as though justice was served. During the victim impact statements, she said, “You Brenda Delgado have earned your spot, here on this earth behind cold, steel bars for the rest of your miserable, pathetic life. And if justice could have handed you a death sentence, make no mistake, I would have been there front and center.”