Where is Bristol Palin From Teen Mom Now? 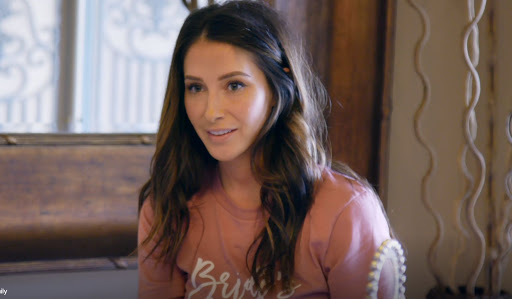 Bristol Palin, daughter of former governor of Alaska and 2008 Republican vice presidential nominee Sarah Palin, was one of the moms featured on MTV’s reality series ‘Teen Mom’. Bristol was hurtled into the spotlight when it was announced during her mom’s campaign rally that the then-17-year-old was pregnant. The political campaign runners of her mother’s party reportedly tried to save the situation by announcing that Bristol was engaged to marry the baby daddy, her high school boyfriend – Levi Johnston. To cull the rumors and the speculations, Johnston clarified in an interview at that time that they had planned to wed since way before, baby or no baby. Johnston also shut down rumors that he was being forced to marry Bristol. Since then, Johnston has revealed his version of the truth in a tell-all book.

Bristol (eldest daughter, and second of four children of Todd and Sarah Palin) gave birth to her son, Tripp, on December 27, 2008. After a brief engagement, Bristol and Johnston ended things in March 2009. By November 2009, Tripp’s teenage parents were fighting each other in a custody battle. After reaching a resolution in court (Bristol winning full custody and Johnston keeping visitation rights and having to pay child support), the young couple briefly reunited in July 2010 and announced their second-time engagement. That lasted for three weeks before they broke up for good. Curious to know what Bristol’s time was like on ‘Teen Mom’? Read on.

Previously in 2009, Bristol had worked as a Teen Pregnancy Prevention Ambassador for the Candie’s Foundation, campaigning hard for abstinence in her role as their spokesperson. She went on a number of morning talk shows and town-hall meetings to lobby for teen abstinence. For this stance on teen pregnancy, she got a lot of flack and got called out for being a hypocrite. To that, she responded, that it wasn’t at all hypocritical of her to warn people off because she had been through the experience herself. In an interview, she said if someone got lung cancer from smoking, it’s natural for them to warn others about the risks of smoking.

After breaking up with her baby daddy, Bristol moved to Anchorage to live by herself and baby Tripp and got a job as a medical assistant at a dermatologist’s practice. She juggled work and mommy responsibilities while also taking business courses at a community college.

In 2011, Bristol appeared as a contestant on ‘Dancing With The Stars’ and finished in third place. She also made an appearance on the show ‘Secret Life of The American Teenager’. Bristol also helped aboard a fishing vessel for TLC’s travel documentary ‘Sarah Palin’s Alaska’. Bristol also had her own docu-series on Lifetime Channel called ‘Bristol Palin: Life’s a Tripp’. This series was canned after the original 14 episodes. Bristol appeared on ‘Teen Mom OG‘ in July 2018 and left after a brief stint (only one season), in April 2019.

Bristol Palin: Where is She Now?

On March 13, 2015, Palin announced she had become engaged to Dakota Meyer, a former Marine and Medal of Honor recipient. In June 2015, she announced her second pregnancy, claiming that this one was planned. Just weeks before, her mother Sarah had announced that Bristol’s wedding with Meyer had been called off.

Bristol gave birth to daughter Sailor Grace Palin on December 23, 2015. She must have gotten back together with Meyer at some point during the pregnancy because they got married in June 2016. Bristol announced her third pregnancy in December 2016. On May 8, 2017, she gave birth to their daughter Atlee Bay. Bristol and Meyer went through a messy divorce (followed by custody battle) in 2018, finally separating in August of that year.

In July 2018, Palin began her career as a real estate agent with Keller Williams Realty in Austin, Texas. She stayed there for almost two years before leaving to join local boutique real estate agency Austin Home Seekers in January 2020.

Most recently, Bristol has sparked rumors of a romance with one Zack Towers, Texas-based contractor, ever since she posted a couple of pictures with him on her Instagram. As of yet, there is no confirmation of a relationship between the two though there is plenty of speculation. What we do know for sure is that Bristol spends most of her time raising her three adorable kids and lives in Austin, Texas.