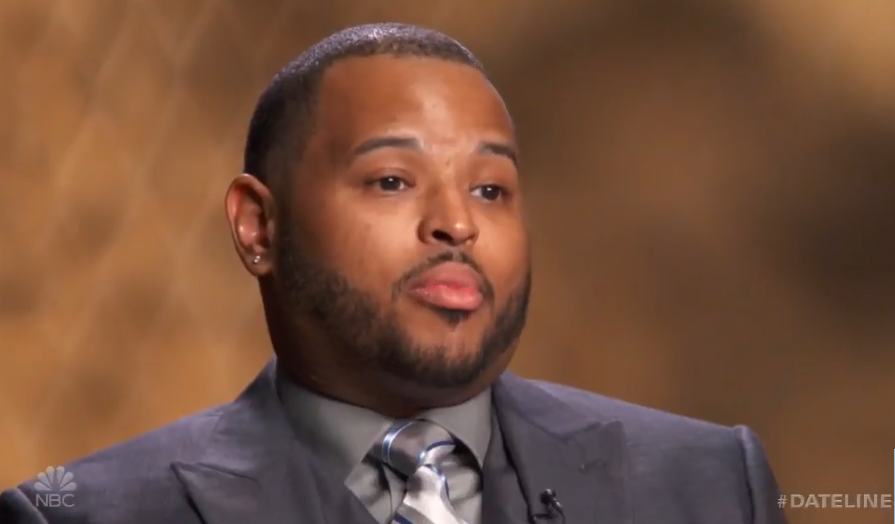 NBC Dateline’s ‘Deadly Circumstances’ interviews Norman Clark, indicted on charges of murdering his pregnant girlfriend, 25-year-old Brittany Eldridge, and their unborn child in Knoxville, Tennessee, in December 2011. He was tried twice but acquitted both times though he continues to be a prime suspect in the unsolved homicide. So who is Norman Clark, and what did he do? Let’s find out.

Who is Norman Clark?

28-year-old Norman Eugene Clark worked as a collector for Vanderbilt Mortgage and Finance firm in Knoxville in Knox County, Tennessee, in 2011. He and his erstwhile girlfriend, Brittany Caroline Sherwood Eldridge, were tasked with calling clients to ensure they were up-to-date with their house payments. Though 25-year-old Brittany was married to Tery Elridge, she got separated from her husband after it became public that she was having an affair with Norman. Brittany was eight and a half months pregnant in December 2011 with Norman’s son, Ezekiel “Zeke” Owen, and was planning to work up to the birth.

Hence, his colleagues and boyfriend were concerned when she missed work on December 13, and Norman called her mother, Robin Owens, to check on her. When Robin reached her daughter’s apartment at the Cross Creek apartment complex off Western Avenue in Knoxville, she was shocked to find her daughter’s naked dead body lying in a pool of blood on her bedroom floor. Her autopsy report stated that she had died due to asphyxiation caused by strangulation, and there were two stab wounds on her throat with scissors. The cause of the demise of her unborn baby, Ezekiel “Zeke” Owen, was stated as intrauterine asphyxia, status post-maternal death.

The investigators started to suspect Norman after Brittany’s friend, Allison Brockhoff, told them Brittany had called him to discuss their future and baby with him on December 12. When police went through her call records, they found she had called and texted him numerous times in the evening. Armed with the information, the detectives interrogated Norman, who admitted that he and his girlfriend fought that day. He claimed he had no role in the murder and contended that he was at Leann Hawn’s place at the time.

Leann, however, claimed that she was asleep and did not see Norman till 10:00-10:30 pm that night. Suspicious, police looked into Norman to reportedly discover “a stable of women whom he called upon for sex and claimed to love.” In his 2017 trial, one of his girlfriends, Connie Lyons, also testified, stating, “I thought we were exclusive.” The prosecutors alleged that none of Norman’s girlfriends knew about the others, and hence Brittany was becoming a problem for him when she started to publicly assert that he was going to be the father of her child.

Where is Norman Clark Today?

The investigators were not convinced by Norman’s half-baked alibi and checked his phone records to place him nearby Brittany’s Cross Creek apartment complex on the day of the homicide. He was arrested and indicted with first-degree murder charges of Brittany and baby Zeke in 2014. His first trial began in August 2015, and his defense counsel alleged the pregnant Brittany was a victim of a robbery gone wrong. His lawyers further argued that the prosecution had no DNA evidence linking their clients to the homicide. The trial was ruled a mistrial after the jury failed to reach a unanimous verdict, with a vote of 11-1 to acquit Norman after eight days.

Norma again went to trial in September 2017. The Assistant District Attorney General claimed, “She became a problem for him. Brittany’s telling coworkers he’s the dad … His life just wasn’t going his way. He was going to be exposed for what he was.” However, the second trial was also a mistrial after another hung jury voting 10-2 to acquit Norman. Knox County District Attorney General Charme Allen announced in January 2018 that her office would not seek a third trial.

However, the prosecutors indicated they might press for a third trial if the Knoxville Police Department can present them with new evidence. Brittany’s murder remains a mystery, with Norman continuing to be the prime suspect though he has never been acquitted. According to Whitepages, Norman, in his late 30s, continues to live on Starhurst Drive in Knoxville, Tennessee.

Read More: Brittany Eldridge Murder: How Did She Die? Who Killed Her?