Where is Carl Lentz Now?

Investigation Discovery’s ‘Hillsong: A Megachurch Exposed’ is a three-part docuseries that looks at Hillsong’s exponential growth through the years and the controversies surrounding the megachurch. Carl Lentz, the young preacher dubbed the “hipster pastor,” co-founded Hillsong’s New York City, New York, church and was instrumental in their growing popularity within the United States. However, Carl’s personal life became the subject of national headlines over the past few years, with several allegations leveled against him. So, let’s find out more about what happened then, shall we?

Who is Carl Lentz?

Born and raised in Virginia, Carl attended North Carolina State University, where he played basketball before moving to Los Angeles, California. There, he attended The King’s College and Seminary before heading to Hillsong’s Leadership College in Sydney, Australia. Carl met his wife, Laura, over there, and the two initially took jobs at Wave Church in Virginia. In 2010, Carl co-founded Hillsong New York City with Joel Houston (the son of Hillsong’s founder, Brian Houston).

Right away, Carl’s tattoos, an affinity for leather clothing, and good looks brought in a wave of a younger generation to the church. He became one of Hillsong’s most recognizable faces and was seen befriending celebrities like Drake and Kevin Durant. Others like Bono and Vanessa Hudgens attended Carl’s sermons. Furthermore, Carl was also remembered for baptizing Justin Bieber and being a one-time good friend and spiritual advisor of his.

Carl’s sermons drew up to 8,000 congregants each week at the church’s height. Over the next few years, Carl’s popularity soared, and with it, Hillsong’s. But in November 2020, Brian Houston publicly announced the abrupt firing of Carl and his wife from Hillsong because of “leadership issues and breaches of trust, plus a recent revelation of moral failures.” Soon after that, Carl admitted in an Instagram post that he had been unfaithful in his marriage to Laura.

Part of the statement read, “I now begin a journey of rebuilding trust with my wife, Laura, and my children and taking real-time to work on and heal my own life and seek out the help that I need.” While Carl never publicly identified who it was, fashion designer Ranin Karim came forward and claimed that she had a relationship with Carl after meeting him at a park in New York.

In the aftermath of this announcement, others began to come forward, alleging questionable behavior on Carl’s part. A pastor received information that Carl had been flirtatious with a volunteer and made her feel extremely uncomfortable. The volunteer also alleged that Carl had previously displayed inappropriate sexual behavior with several other women. In another disturbing development, the volunteer claimed that the leadership group knew of Carl’s behavior but didn’t act on it. (The church stated, “This claim was investigated thoroughly by senior Hillsong East Coast staff and internal legal counsel, but remained unsubstantiated claims only, lacking evidence or proof.”) Furthermore, a former dog walker for Carl claimed to have walked in on him with a younger star making sex noises.

Where is Carl Lentz Now?

Around the time Carl’s firing was announced, he and his family moved to Manhattan Beach, California, and stayed away from the public spotlight. However, controversy followed him in May 2021 when Leona Kimes, who worked as a nanny at the Lentz home for over seven years, claimed that Carl subjected her to “bullying, abuse of power, and sexual abuse.” Leona said that the pastor made inappropriate comments about her body. 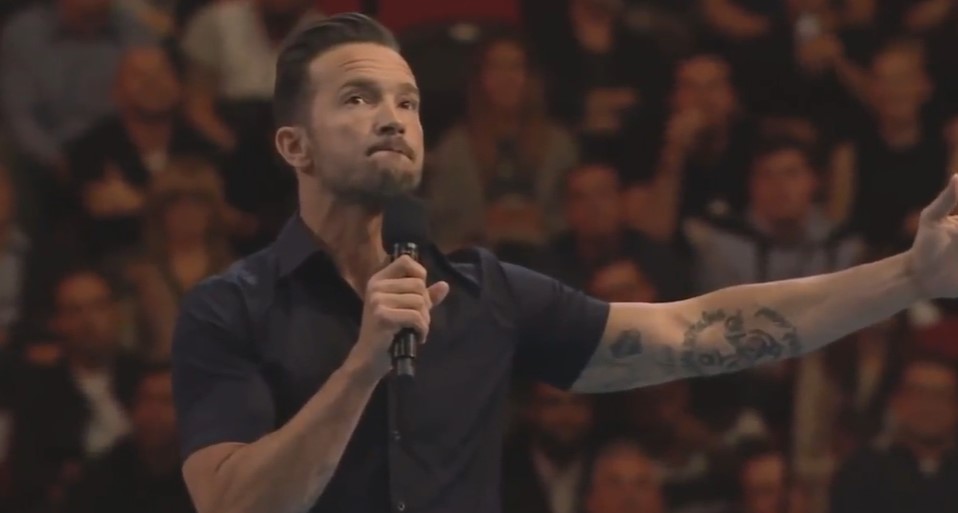 Furthermore, Leona said she was “physically violated by his unwanted and repeated sexual touching of my intimate areas.” Carl and his family have vehemently denied these accusations and claimed to have proof that things didn’t happen the way Leona described them. It seems that Carl and his family have since moved to Bradenton, Florida, after buying a home there recently. Apart from that, the former pastor has maintained a low profile.