Who is Caroline Schwitzky’s Boyfriend? Where is He Now?

Caroline Schwitzky is perhaps best recognized for her guest appearance in ’90 Day Fiancé: Happily Ever After?’ as Paola Mayfield’s talent agent. However, the mother of three has also been a part of several other productions, including ‘The Caribbean Heist,’ ‘After Hours,’ ‘Christmas in Miami,’ and MTV’s ‘Quiero Mi Baby.’ Besides, she currently holds the CEO position at Urge Talent and is even known as an incredibly talented model.

Although fans knew that Caroline had been dating her 23-year-old boyfriend, Cole Goldberg, for about a year, they were left flabbergasted when news of his arrest for attempted murder began doing the rounds. Let’s delve into the details surrounding the case and find out where Cole is at present, shall we?

Who Is Caroline Schwitzky’s Boyfriend?

Prior to dating Cole Goldberg, Caroline Schwitzky was married to Christian Hollant in 2011. Although Caroline shares three children with Hollant, their marriage did not work out, and the two agreed to go their separate ways. Nevertheless, the reality TV star has remained close to her children and often features them on her social media account. Subsequently, in 2021, Caroline began dating Cole Goldberg, much to the delight of her fans.

Cole Goldberg graduated from Florida State University with a Bachelor’s degree in Sports Management and now appears to be a self-made entrepreneur. Apart from establishing the brand, I Am, in 2021, Cole is also listed as the Chief Executive Officer of Cabana Beach, a company that plans and sets up beach trips for interested clients.

Moreover, it seems like Cole has managed to gain quite a lot of popularity through his activities as a report even mentioned that he is currently known as “The Wolf of Boca Raton.” Interestingly, he gave himself that title ever since he took the initiative to give the children of Boca Raton a safe space and helped establish the Woodmont day camp, of which Cole is now the CEO.

Where Is Cole Goldberg Now?

To the outside world, Caroline and Cole had a happy relationship and seemed to be quite committed to each other. Hence, the sudden news of him being arrested for attempted murder took people by surprise. According to reports, on April 24, 2022, eyewitnesses spotted the two arguing while out on a boat near West Palm Beach. Although Caroline seemed intent on escaping the boat, Cole was allegedly aggressive and tried to force her to stay. 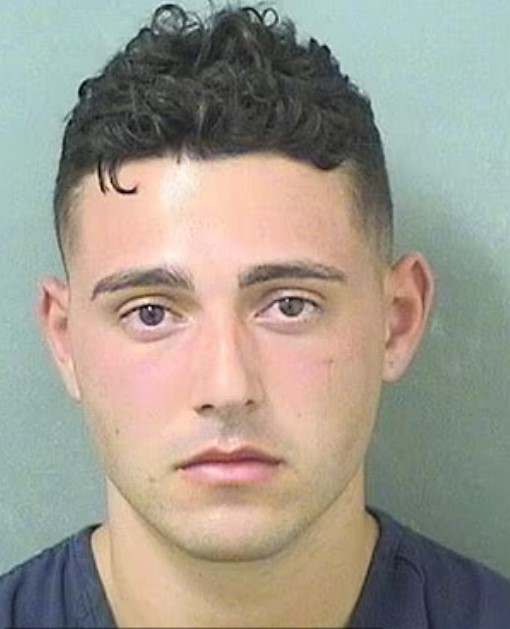 Reports further claim that their struggle allegedly turned physical and lasted for about 20 minutes before Caroline purportedly managed to punch her boyfriend’s arm and jump into the water. However, Cole jumped in after her and allegedly tried to drown Caroline until a bystander intervened. Once the couple got back to land, the Florida Fish and Wildlife Conservation Commission arrested Cole while his girlfriend was found with several bruises on her arm.

Upon his arrest, Cole was charged with attempted murder and battery, while Caroline was also arrested for having an outstanding warrant from another county. Later, the judge decided to release Caroline on a $1,000 bond, while Cole had to post $60,000 as bail charges in order to gain his freedom. Thus, as things currently stand, Cole is awaiting his trial in the state of Florida and will appear in court on May 25, 2022.