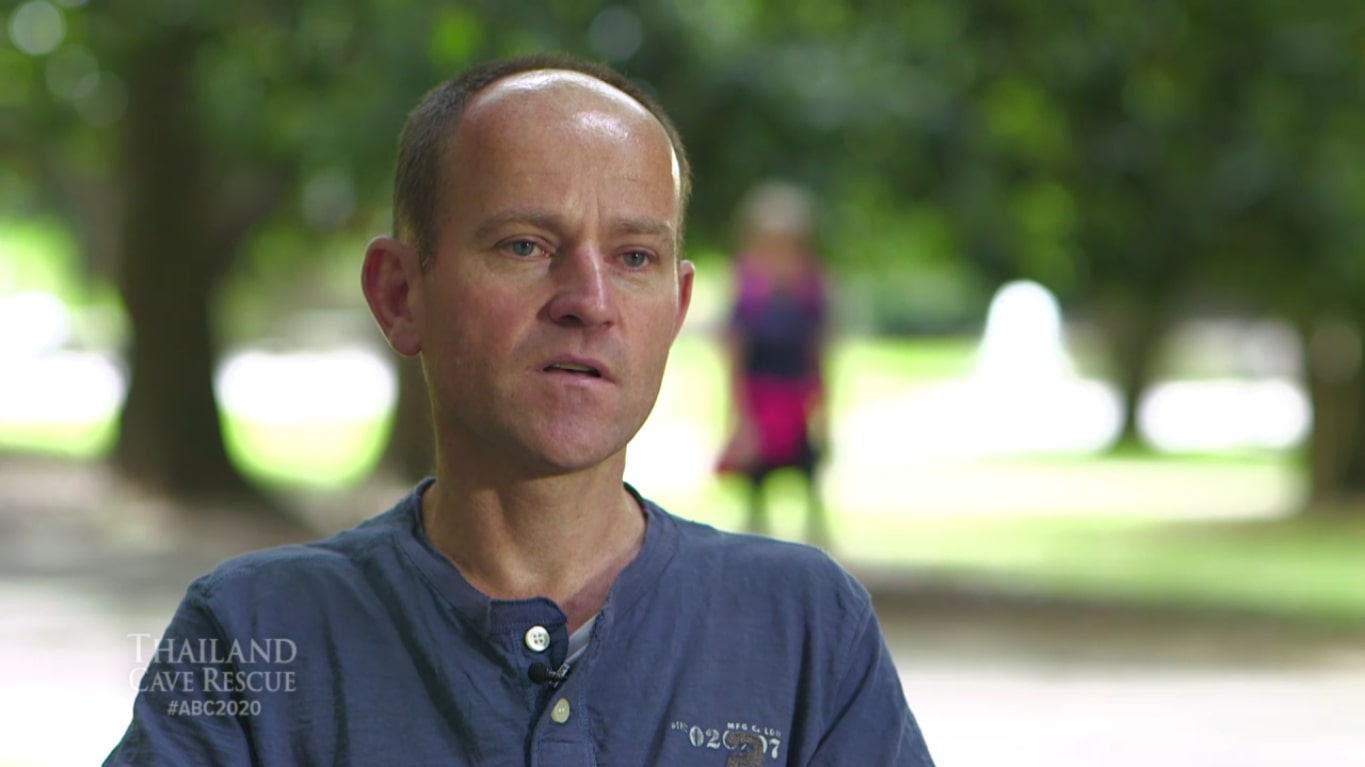 With Amazon Prime’s ‘Thirteen Lives’ chronicling the rescue of 12 kids and an adult trapped inside a flooded Thailand cave for 18 days, the reality behind the entire operation gets a true spotlight. This survival drama thus includes not only the junior soccer team’s initial discovery deep within the Tham Luang cave but also the unprecedented international efforts to bring them out safely. Therefore, of course, there’s a slight focus on British diver Jason Mallinson’s integral hand in the intense mission as well — and now, if you wish to learn more about him, we’ve got you covered.

Who is Jason Mallinson?

As a native of a large market town called Huddersfield in West Yorkshire, England, Jason Mallison has never made it a secret that he’s proud of the fact he comes from quite humble beginnings. He actually learned how to dive in the Yorkshire Dales and briefly attended the University of Portsmouth in the mid-1980s, only to end up pursuing a full-time career as a cave diver/explorer. It was hence his undeniable skills, pure passion, as well as unwavering tenacity that soon landed him a spot as a member of the British Cave Rescue Council – International Diver Rescue team.

“When you first start caving and you get into the smaller spaces… you do feel a bit of claustrophobia,” Jason once explained, “but the more you do it, the more you get used to it. To a point where you know, unless you’re in something really, really tight and you’re really, really stuck, then you don’t tend to suffer from the claustrophobia.” In order words, it was nothing but his experience that allowed him to have a positive mindset while literally diving into the complex Tham Luang caves back in July 2018 to save the 13 lives.

Jason actually offered the Wild Boars team papers from the notepad he’d carried to send out personal messages to their loved ones during one of his first plunges back then in Northern Thailand. However, more importantly, he brought four of the 12 youngsters to complete safety over the three-day active operation, including the last one, which honestly left him blissfully surprised. That’s not because he doubted his or his crew’s abilities but because no one had expected all the boys to make it out alive, let alone largely unharmed.

Where is Jason Mallinson Now?

Since being dubbed a hero for his actions down in the Asian country (deservedly so), Jason has continued to serve as a British Cave Rescue Council diver as well as a public speaker. The only significant difference is the amount of press he receives, yet even that just shines a light upon his past and recent accomplishments, whether it be national or international. After all, with more than 30 years of experience under his belt, he has had notable expeditions in the UK, France, Mexico, and Spain — he even holds the longest cave diving penetration record in the world for his dip in Pozo Azul, Spain.

Coming to his current standing, Jason still resides in Huddersfield, where he seemingly consistently practices his skills to maintain his rope-access technician specialization and remain one of the best. We should mention that the veteran cave diver received the Queen’s Gallantry Medal (2018), an honorary doctorate from his hometown university (2019), as well as the Pride of Britain Award (2018), which have opened more doors for him in terms of his reach.

“I could never imagine that I would be stood here to receive this honour for doing something that comes naturally to me and for which I have had a passion for most of my life,” Jason said upon receiving his degree from the University of Huddersfield. The now nearly mid-50-year-old with an engineering background then added, “Don’t miss out on opportunities to do something different, something outside the box. You never know where they might take you. Be confident in your abilities and ignore your detractors.”