Where is Chad Dean From My 600-lb Life Today? 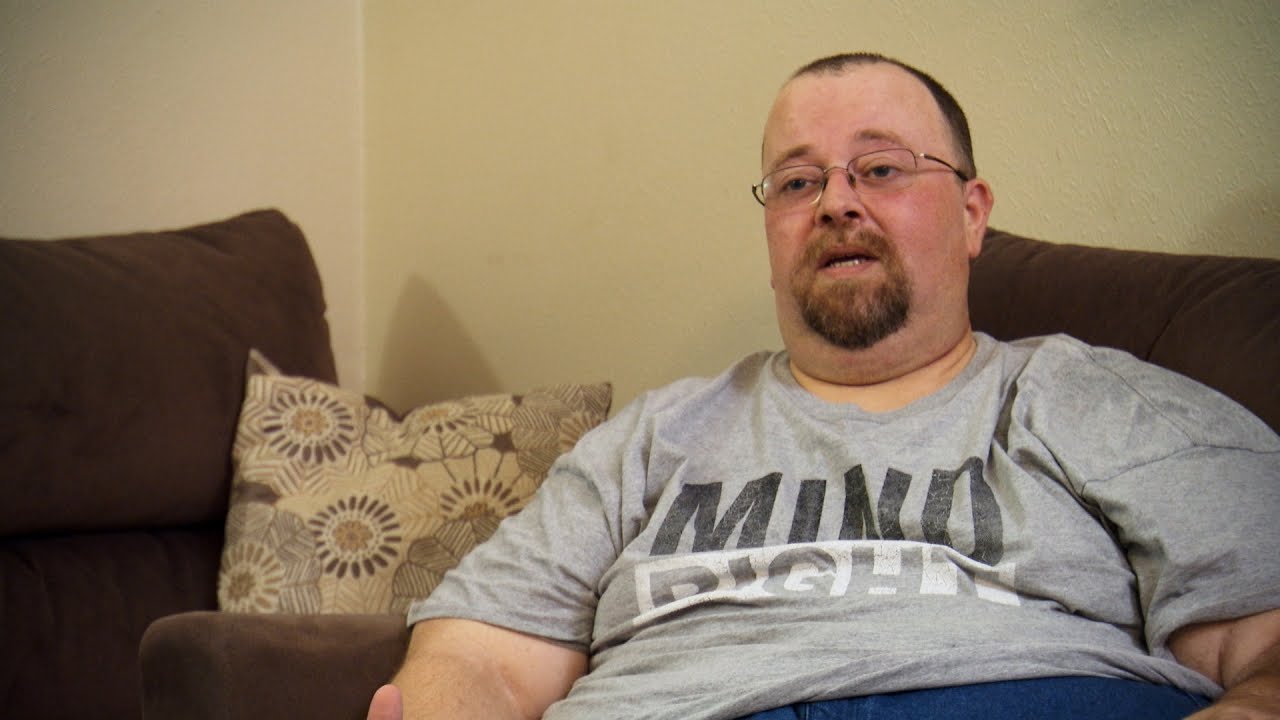 ‘My 600-lb Life’ is an excellent offering from TLC which documents the weight loss journeys of morbidly obese people. Under the careful supervision of Dr. Now, the participants attempt to stick to a diet plan and exercise routine before they are greenlit for surgery. Chad Dean is a cast member whose success story proves why people still flock to ‘My 600-lb Life.’ So where is Chad today? Let’s find out.

When Chad first came on to the show, we saw him on his couch in Hagerstown, Maryland. The participant explained that he had always been overweight. Even when he played football in high school, his grandmother had to sew two uniforms for him. Since Chad grew up to be a truck driver, he spent long hours behind the wheel and ate constantly. As a result, he gained a fair bit of weight which became noticeable once he fell off the sidestep of his truck.

Chad started to live on the couch, as his wife and children had to support his daily needs. By the time Chad went to Dr. Now, he tipped the scales at 701 pounds. However, Chad fought to lose weight and did not make any excuses during the process. He managed to shed nearly 260 pounds, allowing him to enjoy life with his family and find a job again.

Where is Chad Dean Now?

Chad continues on his weight loss journey and has not put on pounds after his surgery. He has also undergone a skin removal surgery, which helped him further lose weight. The new weight loss has helped Chad discover new hobbies like riding motorcycles. He enjoys going on rides with his wife. Here’s a picture of Chad taking his bike for a spin.

Since the weight loss journey has been remarkable, Chad has shared his experiences in a book titled “I’m In Here Somewhere: Memoir of a Food Addict.” It details important moments from the ‘My 600-lb Life’ alum’s progress, including the two years after he underwent weight-loss surgery. Dean’s success has also landed him on the ‘Today Show’ and he’s spoken to the New York Post about the changes he’s brought in his lifestyle. Since Dean is back to driving trucks, he ensures that he can heat pre-cooked hot meals while on the road, instead of gorging on junk food. The cast member is also serious about squeezing in some exercise time.

He stated to NY Post, “Sometimes I still feel like this 700-pound person. But I’m smaller right now than I was my senior year of high school.” As per Dean’s Facebook profile, he’s still at Fort Worth, Texas, where he moved with his family while seeking help from Dr. Now. Chad’s pictures are not too recent, but you can see him having a good time with his family after his weight loss attempts were successful.

Dean remains married to Ayesha and has a son named Jojo and a daughter named Taqua. He happens to be a rather good chef, which helps him make homemade meals to take on the road. You can see a picture where he has used his cooking skills to make hot pockets for his wife and kids.

It is evident that Chad has already brought about the necessary positive changes required to lose weight and intends to stay the course.

Read More: Where is Sarah Neeley From My 600-lb Life Today?