Where is Cheer’s Khris Franklin Now? 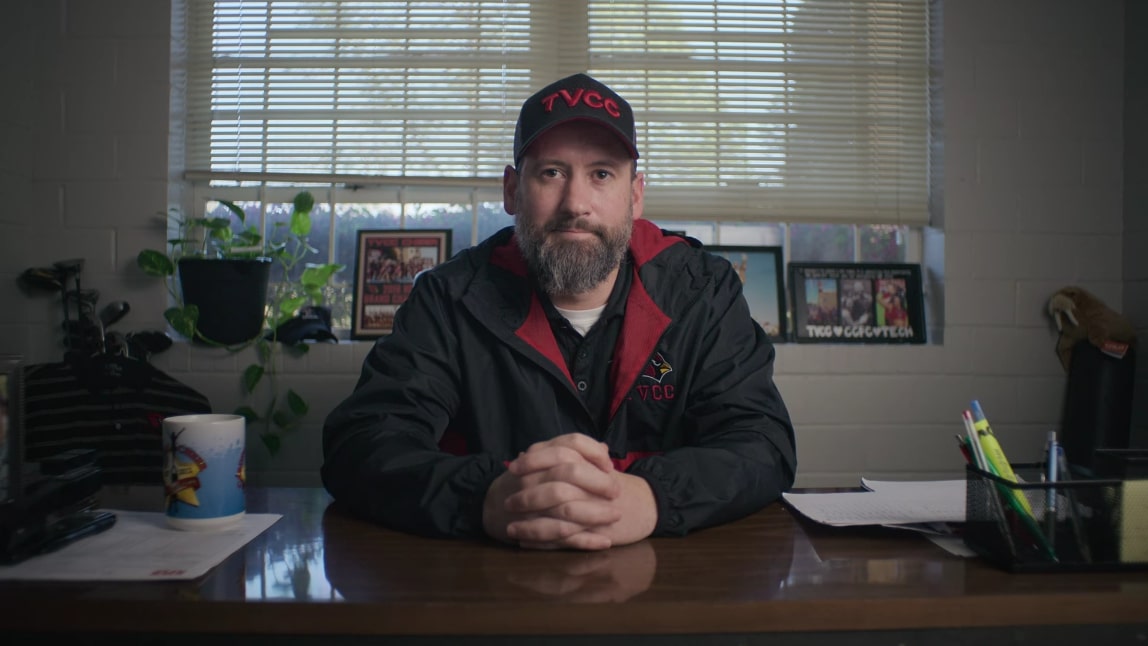 More than two years after its debut in 2020, Netflix’s ‘Cheer‘ is back again with its second installment, and this time, it also delves into the incredible Trinity Valley Community College AKA Navarro’s rivals. In other words, as both squads vie for the National Cheerleading Championship, the hard work and passion of TVCC’s coaches and athletes takes center stage as well. That means we even get to see Khris Franklin in his element alongside his former and current students while he ensures that the sport benefits them all. So now, if you wish to know more about him, we’ve got you covered.

From a young, performing cheerleader to a coach for the new generation to a judge at countless competitions, Khris Franklin has done it all and been a part of the cheer industry for decades. Although he did try to step away several times, he could never leave for good because some of his best friends and best life moments have come through the sport. Since then, Khris has admitted that he never expected to stick to cheerleading for as long as he has, yet he can’t help it anymore because it’s a passion that’s in his heart. It is seemingly one of the few things that make him genuinely content. 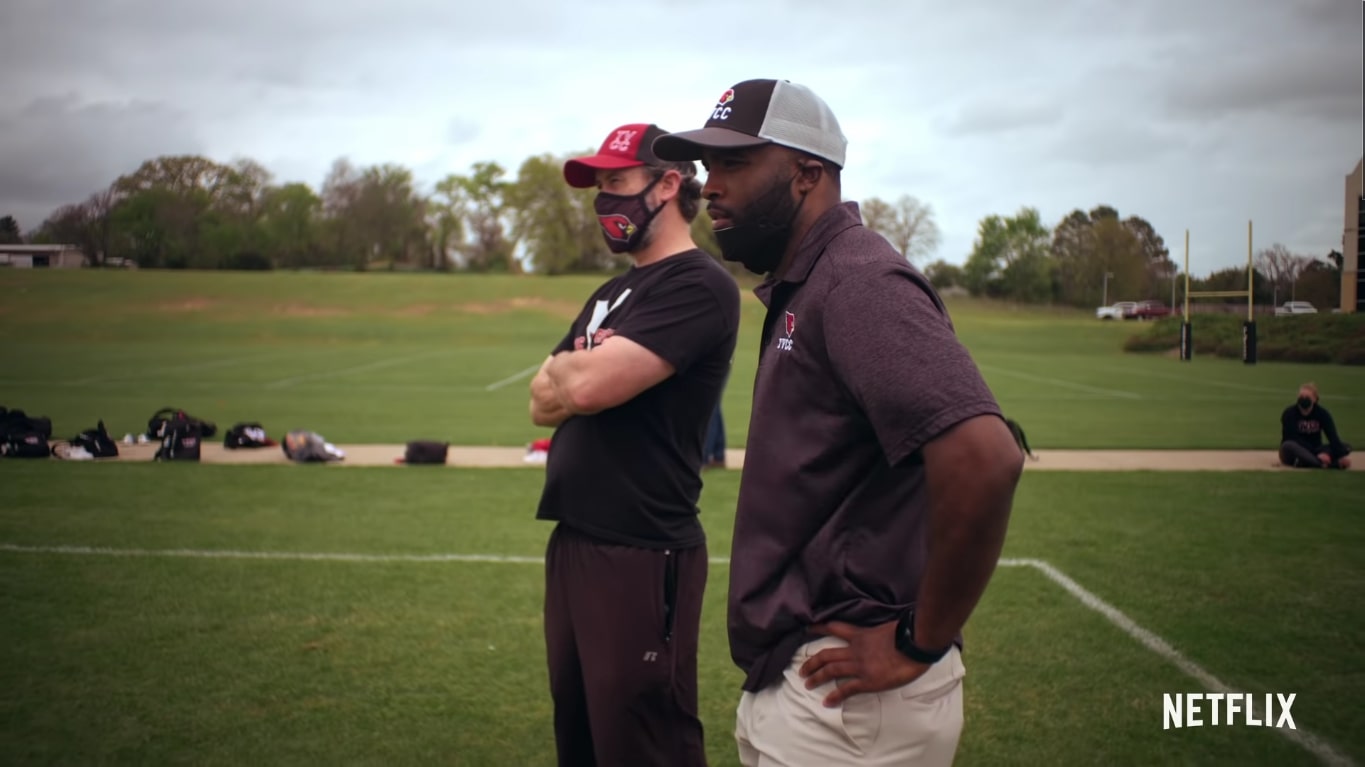 From what we can tell, the last time Khris chose to part ways with cheer was in 2017, roughly six years into his stint as Head Coach at Trinity Valley Community College AKA the Cardinals in Athens, Texas. In fact, he was the one to pick Vontae Johnson, his former student, as his replacement despite the latter’s lack of coaching experience because Khris knew that Vontae was skillful, detail-oriented, and competitive. However, unable to stop, Khris returned as Assistant Coach soon after and ultimately helped TVCC earn the national title in 2021, leading to his promotion to Co-Head Coach.

Where is Khris Franklin Now?

Khris Franklin continues to hold the position of Co-Head Cheer Coach at TVCC alongside Vontae Johnson as it is an arrangement that allows him to do what he loves without overexerting himself. The permanent faculty title also means that he doesn’t have to worry about financial or workload stability in any way, shape, or form, that is, for as long as he’s able to deliver. We should mention that Khris not only utilizes his judging experience to make each routine better, but he also cares about the athletes and creates a familial environment for their comfort, something Vontae follows. 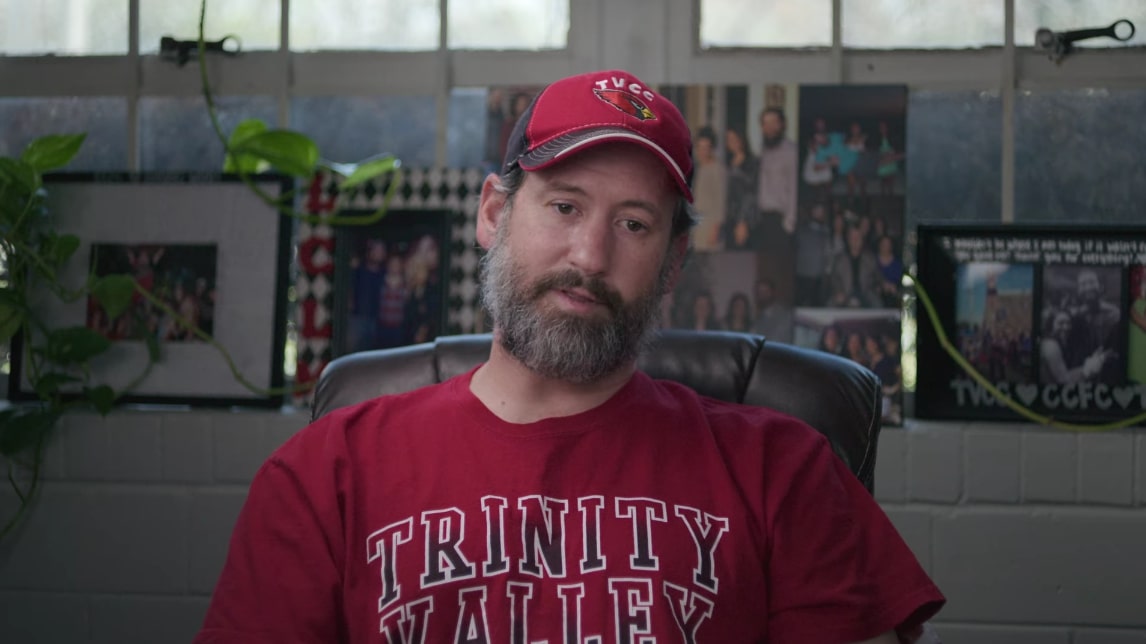 Coming to his personal life, it looks like Khris is still at a stage where his career and friends are his top priority. As he conceded in the Netflix original, since there were divorce issues throughout both sides of his family, he has always been terrified of getting married and it coming to an end, which means that he never took that step. The idea of settling down with a wife, children, and a myriad of pets in a comfortable home now sounds good to Khris, yet he knows that he hasn’t actually done anything to achieve that. In short, he’s entirely okay with where he stands today.