Where is China York Now? 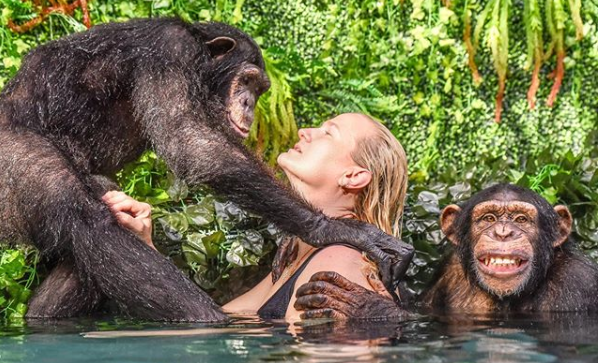 Bhagavan ‘Doc’ Antle is a towering figure among big cat owners. Thus, he’s successfully managed to command a fair bit of attention, even in a show which primarily deals with the larger than life, Joe Exotic. Netflix’s ‘Tiger King‘ has raised quite a few questions about these big cat owners, and the kind of lifestyles they lead.

While Joe has been openly gay and polygamous, many have insinuated that Antle has a similar life with his ‘apprentices’. However, Antle has made it a point to state that he’s single, and lives alone since his wife passed away. That said, China York has been one of Antle’s long-time apprentices, which might make you wonder where she is, at the moment. Needless to say, we have the latest updates about her, right here.

Who is China York?

China York was known as Michelle, before joining Antle’s T.I.G.E.R.S. She comes from Pensacola, in Florida. At the age of 17, when she worked at a Domino’s outlet, her biggest concern was getting enough sauce on each slice of pizza. Since then, she’s made several changes to her life and decided to work with exotic animals.

According to Myrtle Beach Safari’s site, China says “The time came to live my dream of working with big cats, and now I direct our overseas safaris, which include tours to Africa and Thailand. I couldn’t ask for a better life.” China also turned vegetarian in 1999, which seems to be around the time she joined Antle’s facility.

There is little doubt that China finds her work with Antle fulfilling. Thus, she’s also gotten her sister to join the organization. As per the site, Amy York is her sister. She was working at a Virginia zoo when China offered her a job at the preserve.

Where is China York Now?

The facility in Myrtle Beach, Carolina, is not the only one that Doc Antle runs. He also has a smaller facility in Miami, which part of the Jungle Island amusement park. Big cat shows are performed here. Naturally, Antle would be hard-pressed to divide his time between both the facilities. Thus, he’s decided to delegate the duties to China, who’s been with him long enough to earn his trust.

Currently, China is the acting director of the Miami facility. Her Facebook profile corroborates this, as Miami is listed as her current place of residence. China also enjoys a steady fan following on Instagram, where she describes herself as “Wildlife educator promoting conservation of the worlds most beautiful animals while having an amazing life. Avid reader and movie goer.”

Much like her colleagues, and Doc Antle himself, China’s posts are mostly related to her interactions with the exotic animals. She happens to have 10.8k Instagram followers. You can check out her most recent post, documenting the bedtime ritual for a simian.