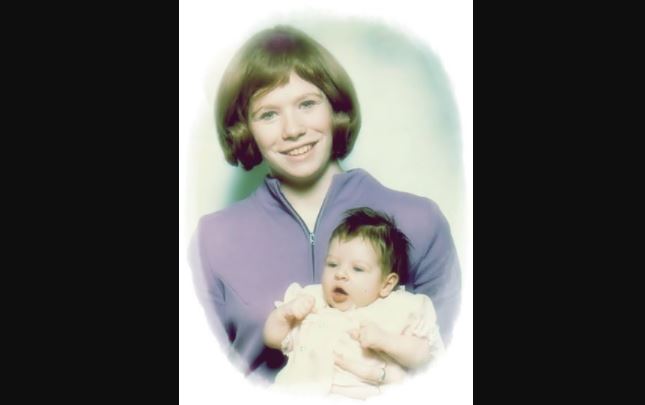 Although ‘Dateline’ has been on air since 1992, it has never lost its appeal, which is why, to this date, it keeps on coming back with new episodes, making it the longest-running prime-time program on NBC. Most recently, they chronicled the disappearance of Diana Lynn Harris, who was last heard from in July of 1981. This 27-year-old working woman and mother-of-two vanished from the face of the Earth without a word to her family, friends, or loved one. And, even now, more than 39 years later, she has not been found. It is Diana’s daughter, Christine Hill, who has the loudest voice when it comes to this case, therefore, she is also the one who was at the front and center of this episode. So, let’s find out more about her, shall we?

Who Is Christine Hill?

So many unanswered questions for 38 years. I do not get why Not One Person in the Florida Keys can give me any real information about my Mom's disappearance case. I'd like to see Ripin and the Beckers take a polygraph test outside of Monroe County, FL. Someone knows something. pic.twitter.com/2r8Cktk1z9

Christine Hill was only 10-years-old when she last saw her mother alive. It was 1981, and she remembers how, during the last few months that she had with Diana, they happily moved from the cold bite of Michigan to the warm beaches of Florida. For her (and her younger brother), the new place and their new life was paradise. But, after three months, the siblings were made to pack their bags so that they could go back and spend the summer in Michigan with their father. They said goodbye to their mother at the Miami Airport on June 7, but neither of them knew that that was the last time they would ever see her. They communicated regularly, yes, but after July 15, even that stopped, and Christine knew that something terrible had happened.

That feeling of dread only intensified as time went on because Christine knew that her mother would never willingly leave her or her brother behind. After all, they were her life. Christine remembers her time with Diana, however long ago it was, and calls her a “wonderful mother” who always made time for her children no matter how worried, exhausted, or busy she was. Not only did she do their hair, get them ready for school, and cook for them, but she also made her presence known. Diana was a part of every aspect of their lives and showered them with unconditional love and affection, never letting them feel as if their home life was difficult. So, of course, when Christine grew up, she decided to find answers on her own.

Where Is Christine Hill Now?

Someone knows something! If you give me my Mom's remains then I will no longer need other information. She did not just vanish off from this earth with no one knowing a thing, or my list would not be this large. #Diana, #Harris, #Florida, #Case pic.twitter.com/eHN6Ovz8XW

After Diana disappeared, Christine and her brother were raised by their grandmother in Michigan. However, soon after Christine turned 17, she returned to Florida for a short while to begin her own investigations regarding her mother’s case. Some of her findings have even led her to believe that it may have been Diana’s involvement with her boyfriend, Gary Argezio, that led to her vanishing. She thinks that after the couple moved into a house together – known locally as the “party house” – Diana unwittingly became a threat to a major drug operation that ran from there, which caused her to lose her voice and freedom. It was also Christine’s findings and urgings that led to the authorities re-opening Diana’s case in 1995.

Christine has completely immersed herself into her mother’s case, and she is determined to not stop until she finds the answers that she has been looking for. Even her social media, stating that she has worked with the LAPD, Cold Case Public Unit, and the S.W.A.T (Survivors With A Testimony) Team, is dedicated to her quest to find the truth. Currently residing in Michigan, as per her Twitter account, throughout the years, Christine has put together files of information that she hopes will one day lead to solving Diana Lynn Harris’ cold case, and until that happens, she is not giving up. So if you have any information, please reach out to the Monroe County Sheriff’s Office in Florida. (Featured Image Credit: Christine Hill / Facebook)