Where Is Close to Me Filmed? Is it a True Story?

Directed by Michael Samuels, ‘Close to Me’ is a British drama series that follows Jo Harding (Connie Nielsen), a woman whose perfect life falls apart when she experiences a memory lapse after a fall. As she tries to recall the missing pieces of her life, she realizes that someone has been trying to keep a secret from her. The drama is set against a picturesque backdrop, with the lush countryside frequently coming into view. If you want to know more about this movie, here’s a bit of information about its filming and origin!

Close to Me Filming Locations

The series was filmed around the second half of 2020 when lockdown protocols were in place. Do you want to know where it was shot? We’d like to tell you that the series was extensively filmed in England, using some captivating locations for lensing purposes. Let’s get into the specifics!

Most of the scenes were filmed in Hastings and St Leonards, located in the Southeast of England. Other scenes were further filmed along the south coast in Eastbourne. Actor Connie Nielsen (Jo) was enchanted by the spectacular view of the countryside and the cliffs that further enhanced the beauty of the place. Co-star Christopher Eccleston (Rob) joked about taking his “bucket and spade” out over the course of filming in the town. Parts of East Sussex, lying on the English Channel coast, are also featured in the show.

The production team was parked in the car park near Azur as they shot a good portion of the seafront scenes in St Leonards during September 2020. You might remember a scene where Nielsen buys seafood from a fishmonger stall. That very scene was set up on Grand Parade, followed by another one where she is seen walking into an estate agent across the road. Birling Gap, which is a long expanse of undeveloped coastline on England’s south coast, also served as an important filming location, especially during the nighttime. Eastbourne, located just around 6 miles away, is also featured.

The filming crew shifted to London to shoot more scenes. Owing to the pandemic, the budget of the production did end up becoming tight so as to ensure they had insurance and testing and safety protocols. No one out of their 80 member crew caught the virus because of how careful they all were throughout the course of filming. However, owing to temporary travel restrictions, Connie had her hands full while trying to juggle the production and her family life.

A few shots took place in Hertfordshire, situated towards the north of London. The county is usually known for its green landscapes and historical architecture, including Hatfield House. Eccleston stated that they were filming flashback scenes from summer in autumn, which was difficult to pull off. The fact that they had been indoors since March 2020 really helped them want to reaffiliate with the outside world. 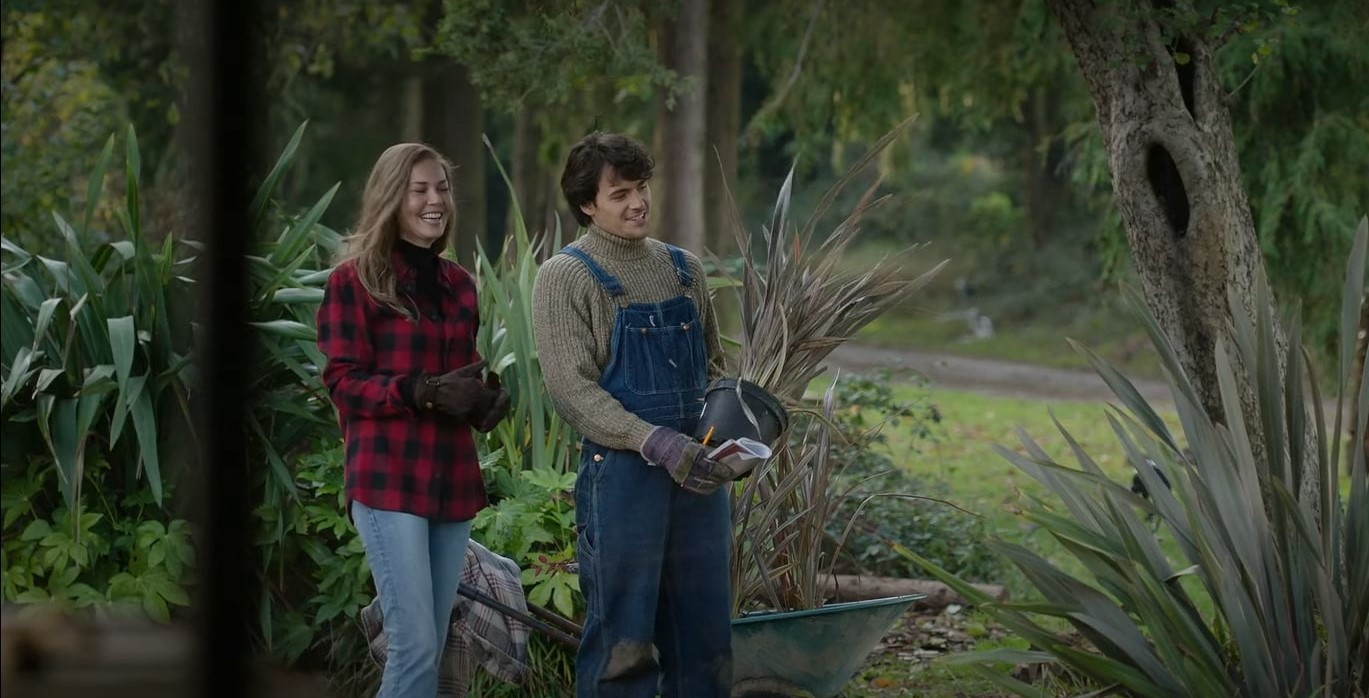 Situated just west of London, Windsor serves as a filming location for the show. The town is famous for housing the royal family and is deeply rooted in history. A few episodes were reportedly shot in that area.

Is Close to Me Based on a True Story?

No, ‘Close to Me’ is not based on a true story. It has been derived from Amanda Reynolds’ book of the same name. Despite being purely fictional, the level of reliability it establishes with the audience makes us rethink whether it is based on true accounts. When Reynolds was interviewed about the book, she didn’t state any real-life inspiration behind the alienating phase Jo goes through. However, Filippa Wallestam, NENT Group chief content officer, admitted that the show focuses on the female mid-life crisis, a common condition “rarely highlighted on screen.”

Christopher Ecclestone, who stars as Jo’s husband Rob, revealed that Jo faces identity issues, a very common occurrence for people in their late middle age. Rob’s business also suffers, and that further adds to her misery. Connie Nielsen also spoke about the way viewers could relate to Jo’s narrative. She is constantly striving to know the truth and never gives up. That is something people go through on a regular basis.

Moreover, Ecclestone’s character is an example of how the modern world promotes gender-based equality. Taking a break from the typical narrative that portrays the woman in a supporting role, the story essays Jo’s struggles while her husband tries to pacify her physical and emotional recovery. So, we can conclude that the show touches on themes that resonate with the audience even if it is not a true story.