Where Is Cowboy Bebop Filmed? 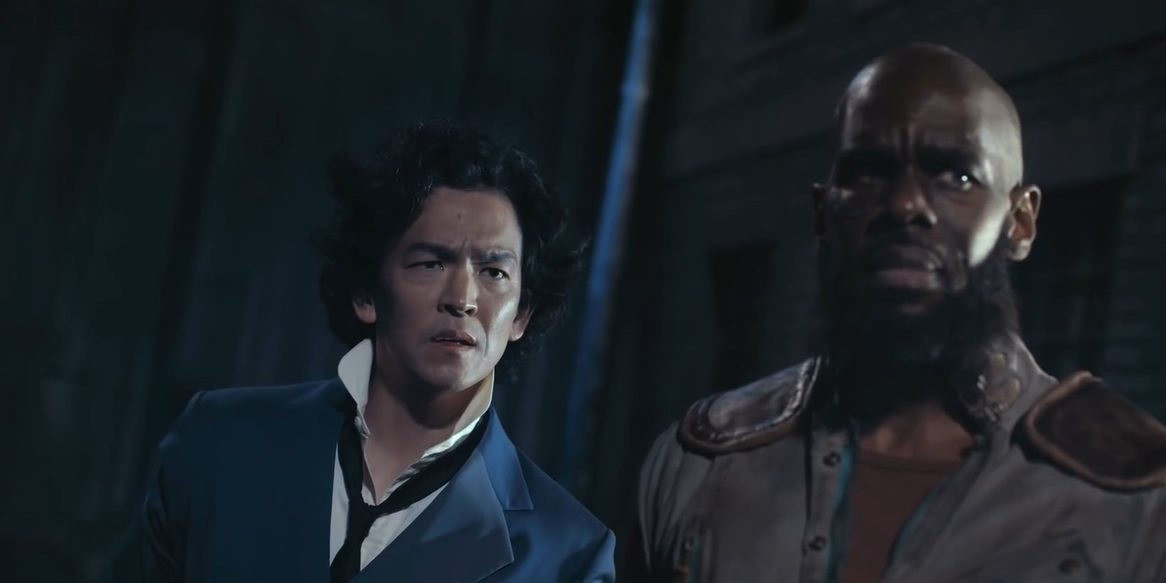 Spike Spiegel is back to exact vengeance upon the Red Dragon, but in a new garb altogether. André Nemec of ‘Going to California’ fame developed the live-action version of the vastly popular anime series of the same name by Hajime Yatate. Set decades after the accident that made Earth quite inhabitable, it follows a team of bounty hunters — “Cowboys” — in their misadventures and shenanigans on the spaceship Bebop, while the bounty remains elusive. The exiled gunner Spike teams up with Jet Black, a former Inter Solar System Police officer, and Faye Valentine, a con artist originally from Earth.

The adventure gradually reveals the troubled pasts of the characters. In this quirky space opera, John Cho of ‘Harold and Kumar’ franchise fame plays the central role, while Mustafa Shakir and Daniella Pineda assist him in the journey. The epic sci-fi series is given a rustic and steampunk space western setting while taking the audience to suspended space colonies like New Tijuana. Thus, you may be curious about the actual locations where the series is filmed. If that is the case, let us take you on an intergalactic tour.

‘Cowboy Bebop’ is filmed in locations in and around New Zealand, especially in the smaller but populous North Island. Production commenced in 2019, but after Cho suffered an injury on set in October, the shooting was delayed for about eight months. COVID-19 restrictions paused the schedule further until production could resume on September 30, 2020, under the new normal.

The crew wrapped up filming on March 15, 2021. The production team chose New Zealand for the outlandish drama because of the region’s cutting-edge production facilities and unique landscapes comprising mountainous stretches, cities, and coastal beaches.

The crew films the entirety of the series in and around the North Island in the archipelago, especially in Auckland. Auckland is the most populous city of the region and home to two of its most significant harbors. The crew filmed extensively in and around the city while setting up the production base in a warehouse in the neighborhood of East Tamaki in the southern industrial suburbs of the city. According to reports, the streaming network has leased the warehouse for five years.

However, the production team seemingly failed to inform the residents about the shoot, and the inhabitants of the nearby area of Ōtara were agitated when they heard gunshots. The suburbs are notorious for gang violence, the anticipation of which led to the discomfort of the netizens. However, the locals were relieved when they found that the sound came from the production base.

Not confining themselves to the indoors, the crew ventured out on several occasions to capture the region’s diverse natural beauty. The production team presumably filmed a few sequences of the inaugural season of the show in Pakiri, a coastal neighborhood in the northern part of Auckland.