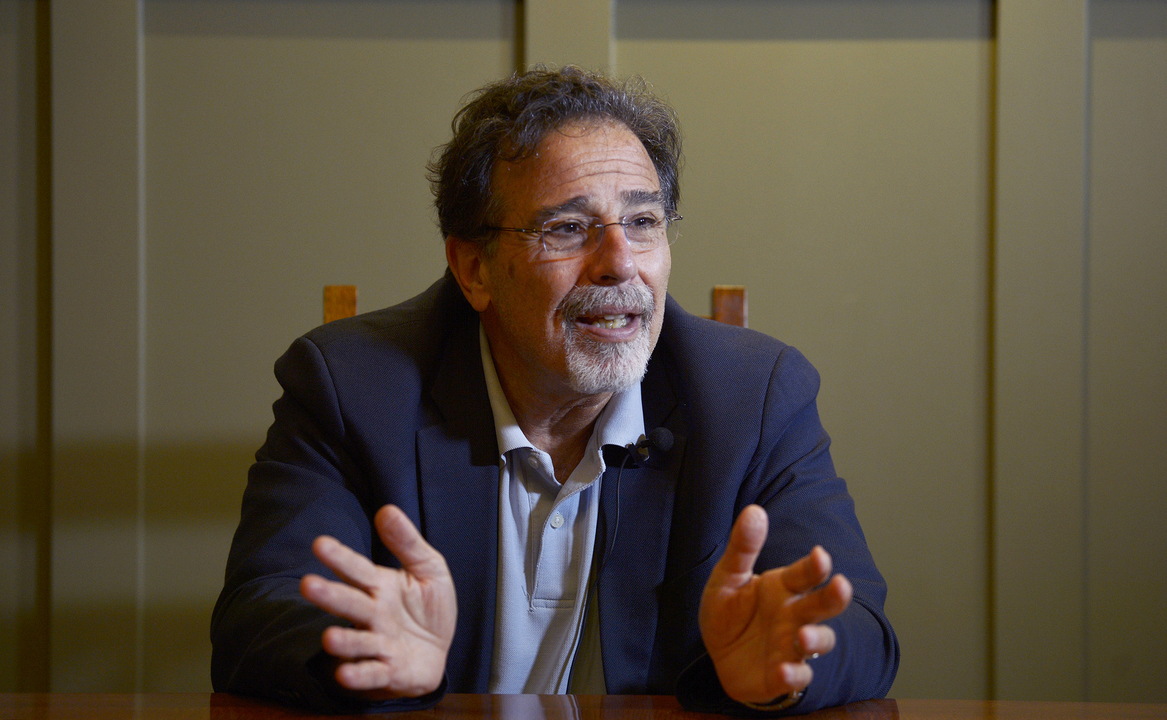 Netflix’s true-crime documentary ‘The Staircase’ divided the audience. The question was: did Michael Peterson kill his wife, Kathleen? The tug-of-war in this matter has remained since Peterson was arrested in 2001. There is, however, one man who has stood by him all this while. David Rudolf handled Peterson’s defense and tried his best to bring him justice. They had many setbacks, and irresponsibility on the prosecution’s end also made matters worse for them, but in the end, they had to settle with what they got. Netflix brought the case back into the limelight, which has led everyone to ask: what happened to David Rudolf after that? Here’s the answer.

David Rudolf continues to practice law. He is married to Sonya Pfeiffer, whom he met during the case while the documentary was being filmed. She was a reporter who covered the trial. After it concluded, she went to law school and now works alongside her husband at Rudolf Widenhouse firm. The couple lives in Charlotte, North Carolina.
Even though the Peterson case is long done, it had an unforgettable impact on the lawyer.

“The real emotional impact came after the verdict,” he said to Charlotte Observer, “and then it was really a deep depression for me. It was a really tough time in my life, on a personal level, dealing with that.” Even though they had to settle with the Alford plea, the lawyer maintains faith in his client’s innocence. “I do [believe Peterson]. I always have. From the time I met him, through my investigation, through the trial, I have always believed he’s innocent. That’s never changed. So that’s an easy one for me.”

Since the documentary, he has traveled through America and been a part of the panels where he has discussed the case in detail. In 2020, he headed to Glasgow to attend a similar event at the Strathclyde University Union. He has also been active with the blog, where he dissects each episode of the Netflix documentary and talks about the trial from his point of view. He is also the owner of an art gallery in Charlotte. He and Sonya bought the Elder Gallery of Contemporary Art, believing that “art can be a vehicle for constructive dialogue and an agent of change.”

The experience with the Peterson case has hardened him, and he has become more focused on righting the wrongs. “After that trial, I sort of changed the focus of my practice. I still do criminal cases from time to time, but I’m doing a lot of wrongful-conviction litigation, representing people who were exonerated after being in prison for years and years and suing the police officers, like Deaver, who were responsible for those miscarriages of justice. That’s been a very rewarding coda to my career,” he said.

He has come to believe that platforms like Netflix help bring such injustices to light. Several cases have received closure after podcasts were made for them. Recognizing the importance of this, Rudolf and Sonya have come up with a new podcast. They host ‘Abuse of Power’,  where they shine the light on the cases that have been mishandled, leading to the breach of justice.

Read More: What is Michael Peterson’s Net Worth in 2020?