Where is David Snow Now? 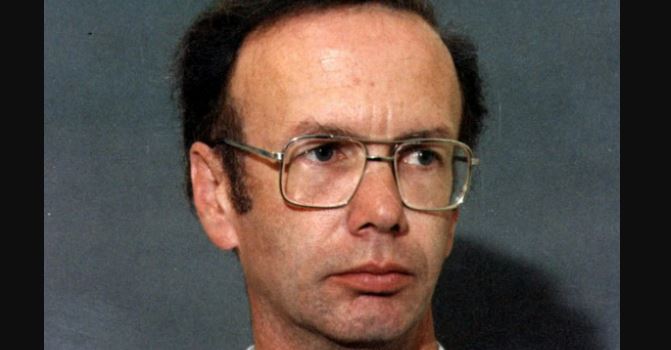 David Alexander Snow is considered one of the most notorious criminals in the history of Canada. He was infamously called the “House Hermit” and later the “Cottage Killer” because of the nature of his crimes. Investigation Discovery’s ‘The Lake Erie Murders: Cabin Fever’ chronicles how he was finally captured. David was responsible for the murders of Ian and Nancy Blackburn in 1992 before he went on a 14-day spree where he kidnapped and sexually assaulted multiple women before being apprehended. Wondering where David might be now? Here’s everything we know!

Who is David Snow?

David Snow used to run an antique store in Orangeville, a town in Ontario, Canada, before it suddenly closed in 1992. This also coincided with him vanishing into thin air out of the blue. Around the same time, there was a string of break-ins at cottages in the Caledon area in Ontario where the person left peculiar things inside. This included feces wrapped in newspaper, bottled urine, pornographic magazines, and lists of military equipment from World War II itemized with numerical values. The owners were missing things like clothing and jewelry. The police would later connect these break-ins to David.

The Blackburns owned one of the cottages in the area. On April 7, 1992, Ian and Nancy Blackburn were surprised to find David inside the cottage. David stripped Nancy and beat her before choking her to death. After placing her naked body in the trunk of her car, he forced Ian to drive him to their home in Toronto, Canada, where he was killed and placed in the trunk as well.

Autopsies confirmed multiple blunt force injuries and bruising all over Nancy’s body, with ligature marks on her ankles, wrists, neck, and mouth. Ian had a blunt force injury to his neck and ligature marks on his right wrist, over his thighs, and above the knees. The authorities believed that Nancy might have been dead and placed in the trunk before the drive back to their home.

David then evaded the authorities and surfaced in Vancouver, where he continued committing multiple crimes. He had kidnapped and sexually assaulted women at gunpoint. He kept women undressed and tied up for several days. David was finally apprehended during an attempted kidnapping of a fourth victim in July 1992. He was deemed as a dangerous offender for the crimes he perpetrated in Vancouver, and in 1997, he was convicted of Ian and Nancy’s murders. (He was also considered as a suspect in other cases).

Where is David Snow Now?

David was found guilty of a bevy of charges. Apart from two counts of first-degree murder, his other convictions include kidnapping, sexual assault causing bodily harm, sexual assault, forcible confinement, robbery, and weapons offenses. He was sentenced to life in prison with the possibility of parole after 25 years. He was convicted of attacking an inmate and threatening to kill him while in prison in January 2008.

David’s application for parole was denied in 2019. While in prison, David had made some progress in terms of how pornography and unhealthy fantasies were linked to his sexual and criminal past. It was stated that his understanding was still in its early stages. David was also diagnosed with paraphilia, sexual sadism, and an anti-social personality, among other things. While he had completed anger management and sex offender programs while incarcerated, the parole board urged him to continue his rehabilitation. David seems to be serving his sentence out at a correctional facility in British Columbia, Canada.