Where Is Denise Goodwin Now?

The Rabourns had no idea of the evil that entered their lives when they employed Denise Goodwin as a hospice caretaker. After draining cancer-patient Carolyn Rabourn of her money, Denise turned to her husband, Gerald, and gained access to most of his assets before murdering him in cold blood. Investigation Discovery’s ‘Deadly Women: The Vulnerable’ paints a vivid picture of the crime and reveals how the subsequent investigation brought Denise to justice. Let’s delve into the details of the case and find out where Denise is at present, shall we?

Who is Denise Goodwin?

Denise Goodwin wasn’t a stranger to embezzling money from elderly men. A divorced mother of one, Denise ran into quite a bit of financial trouble while living with her mother, Helen Lock, in San Diego, California. She even worked as a caretaker for Seward Norris, a senior citizen who lived on the same property. Desperate to cheat him of his money, Denise called his insurance company in 2009, pretending to be Norris’ relative, and convinced them to transfer quite a bit of money into his account.

According to reports, Denise used the stolen money for her own expenses. Denise concluded that swindling elderly men for their money was easy income; hence, she actively hunted for more opportunities. That was when she came across Carolyn Rabourn, a cancer patient looking for a hospice caretaker. Gaining Carolyn and her husband Gerald’s trust, Denise began using Carolyn’s credit cards to purchase thousands of dollars worth of stuff. 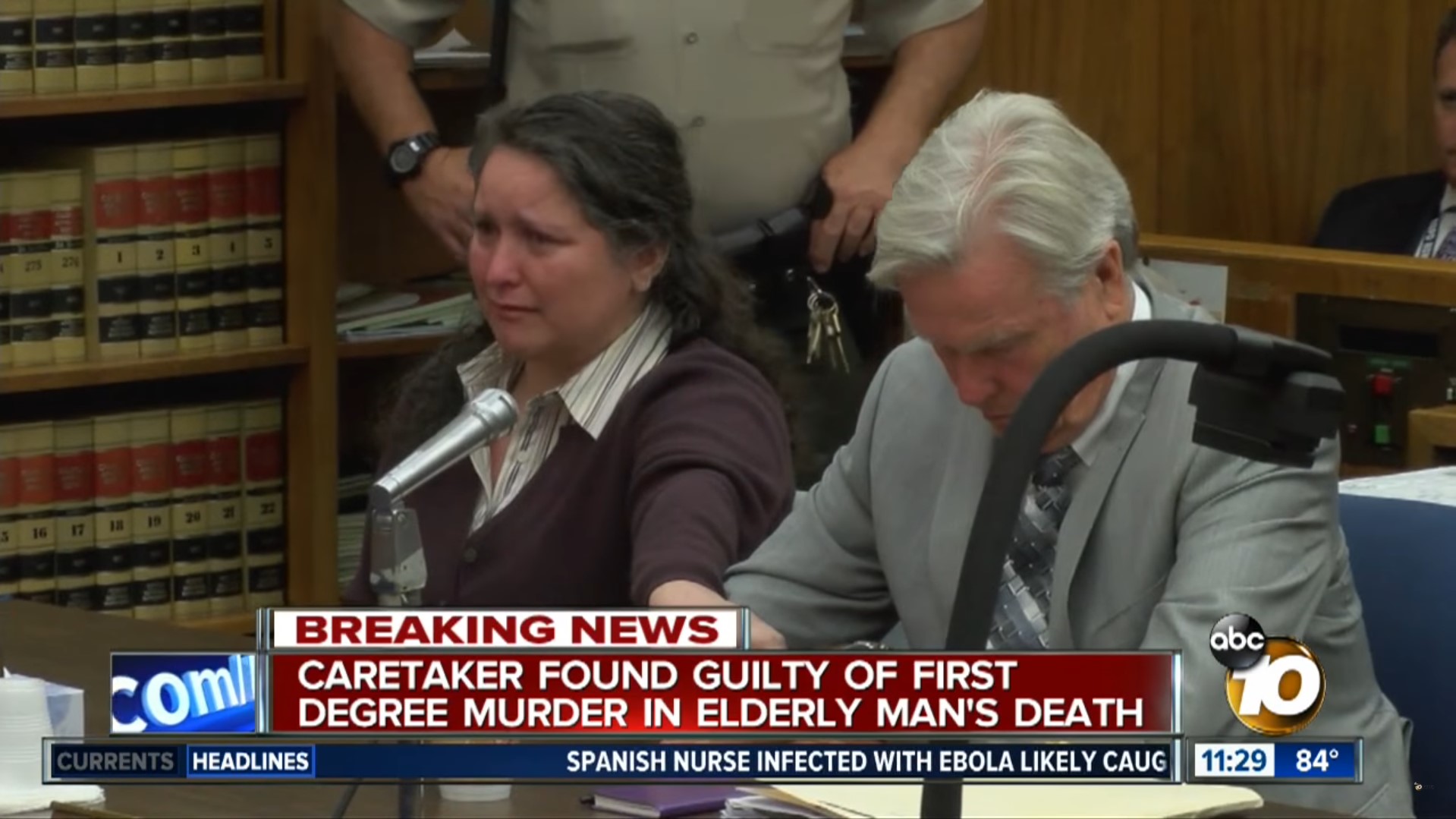 Denise even impersonated her employer to gain access to the couple’s investment accounts, offering her easy access to a massive amount of money. After Carolyn passed away in September 2010, Denise turned her attention to Gerald and began influencing his every move. She somehow convinced Gerald to sign over nearly all of his assets in her name, gained access to his bank accounts, and even earned enough trust to be made his estate’s successor trustee.

Although Gerald’s daughter, Mary Weaver, was pretty suspicious of Denise’s influence, she could do nothing over her father’s wishes. Moreover, when Adult Protective Services were involved, Denise reportedly talked to them under a fake name before Gerald refused to cooperate, rendering them helpless. Then, in a shocking turn of events, Gerald suddenly disappeared off the face of the earth in October 2010. His financial activity was completely dead, and no one was able to reach him on his cell phone.

When Gerald’s daughter confronted Denise, she claimed that Gerald had gone off to Las Vegas with a woman and didn’t want to stay in touch with his family. The show mentioned how in the days that followed, Gerald’s family was contacted by a woman who called herself “Carmen” and claimed that she had married Gerald in Las Vegas. Meanwhile, Denise kept herself busy embezzling funds from Gerald’s bank account and even selling his house for a significant amount of money.

Where Is Denise Goodwin Now?

Initially, Mary Weaver decided to abide by her father’s wishes and refrained from contacting him. However, her suspicions were aroused when she didn’t receive a birthday card in 2011, leading to another confrontation with her father’s caregiver. This time, Denise mentioned that Gerald and Carmen were in Mexico, which proved to be the final nail in the coffin. Mary knew that her father hated Mexico and would never go there on his own. Thus, reporting her father missing, she involved the police and was clear about her suspicions. 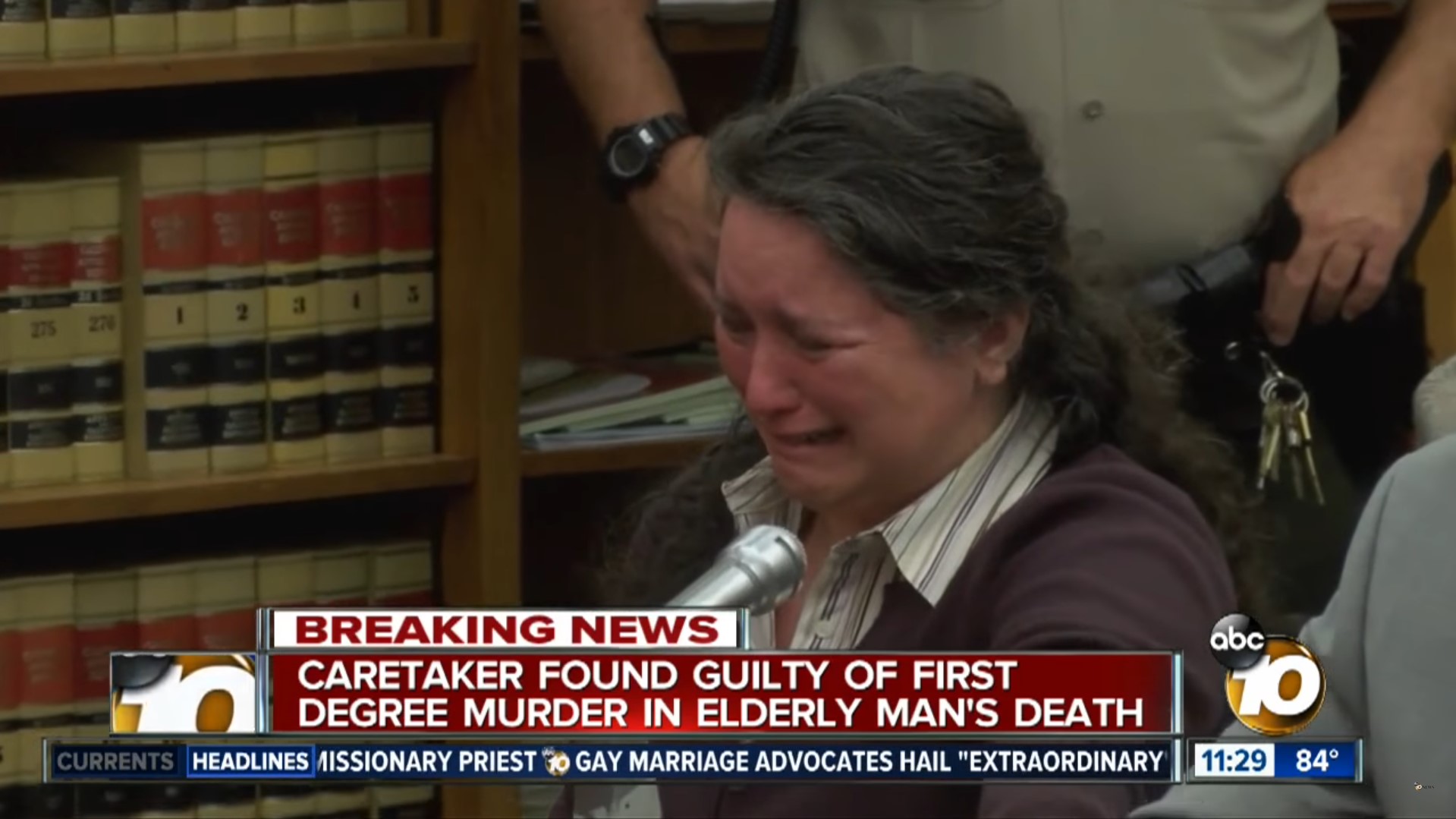 Although Denise stuck to her story when talking to officers, authorities soon uncovered her fraudulent financial transactions and used her cellphone data to discover that she was present at Gerald’s home during the time of his disappearance. Subsequently, Denise was arrested and indicted on a plethora of charges, including elder abuse, embezzlement, grand theft, forgery, first-degree murder, and special-circumstance allegation of murder for financial gain.

Once produced in court, the jury was unanimous in their verdict and found Denise guilty as charged. She was sentenced to life in prison without the possibility of parole and is currently incarcerated at the Central California Women’s Facility Chowchilla, California. Till today, authorities haven’t been able to discover Gerald’s body or uncover the cause of his death.