Where Is Sara Moore Now?

Little did Richard Englander know that he was inviting in his own death when he accepted the services of Sara Moore as a caretaker. Immediately upon gaining access, Sara hunted for ways to exploit the septuagenarian for money, which ultimately led to a brutal and gruesome murder. Investigation Discovery’s ‘Deadly Women: The Vulnerable’ chronicles the horrifying homicide and portrays how the ensuing police investigation worked in tandem with the bank to save Richard’s money and apprehend Sara. Let’s dig in and find out where Sara is at present, shall we?

Who Is Sara Moore?

Richard Englander was a veteran of the United States Army and lived with Multiple Sclerosis. He used a wheelchair and was dependent on a caregiver due to his condition. However, with his usual health aide having to leave due to a sudden family issue, Richard was forced to advertise in the newspaper for a replacement. Sara found the ad and reportedly realized it might be an excellent way to swindle some money. 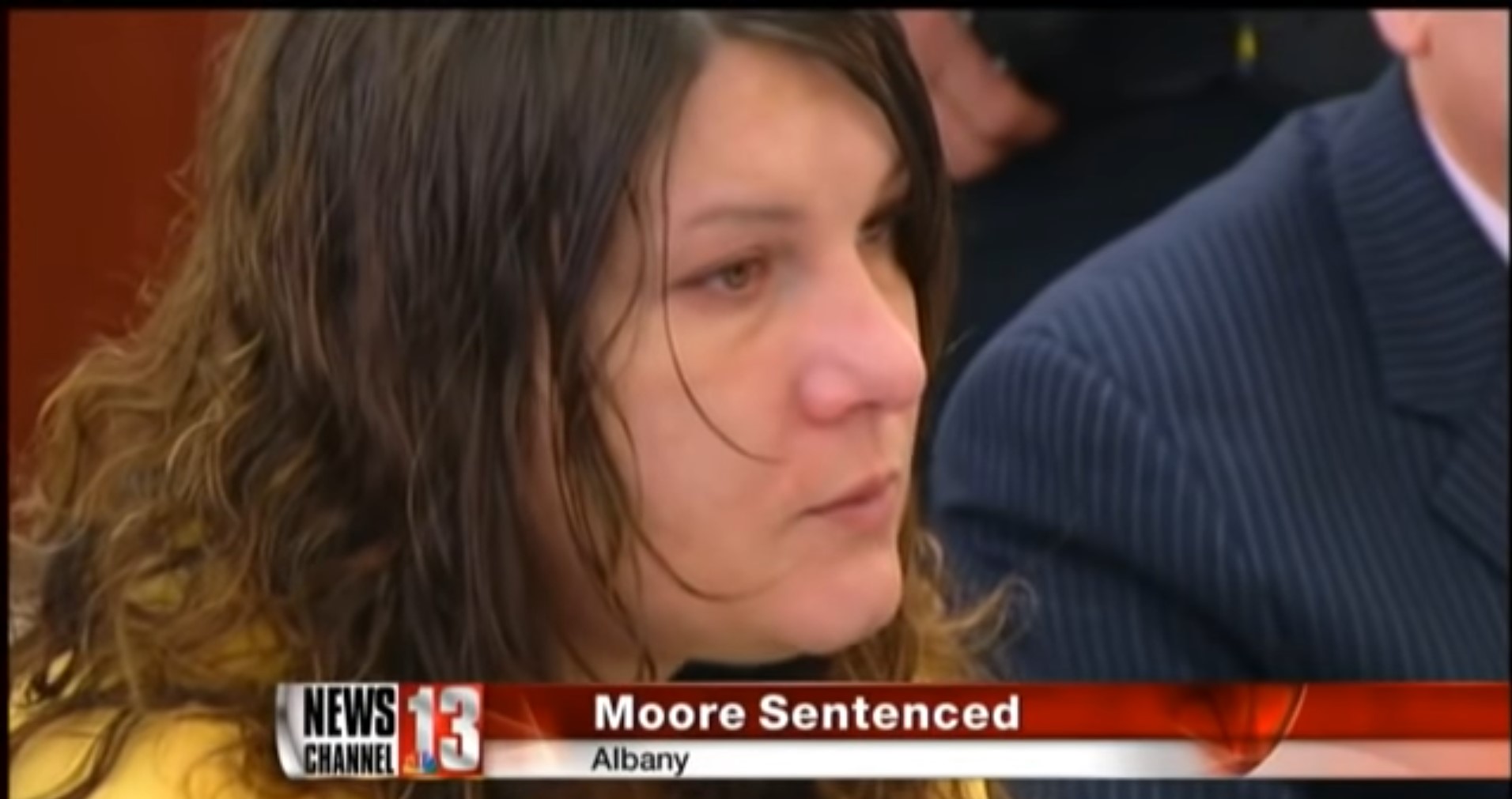 When Sara first applied for the job, Richard’s daughter voiced concerns claiming that she had zero experience in caregiving. However, Richard, who was known for his generosity, accepted Sara’s services and had her move into his house in Albany, New York. However, Sara made it clear that she was after Richard’s money as she asked for $50 on the second day of her employment. Unfortunately, Richard had no cash; hence, he lent her his credit card. For the next couple of days, Sara completely ignored the veteran and had him lie in bed for hours.

Sara did nothing to care for him, making Richard realize that he had to fire her. However, on February 6, 2014, the fifth day of her employment, Sara stole one of Richard’s checks and rushed to the bank to encash it. Realizing what had happened, the 79-year-old immediately called the bank and had them stop all transactions. Livid at Richard for foiling her theft, Sara returned to the house and got into a massive altercation before brutally beating the army veteran with a tire iron. She then stole a few more of his checks and credit cards before making her escape.

Where Is Sara Moore Now?

Sara had planned on getting away with as much money as possible before the attack was discovered. However, the moment she tried to encash the stolen checks, the bank called authorities and asked them to check on Richard. When the police broke into Richard’s house, they found the army veteran collapsed on the floor with multiple blunt force injuries on his body. Still, with Richard still being alive, he was immediately shifted to a hospital where he succumbed to his wounds.

Following Richard’s death, authorities listed the cards Sara had stolen and put them under a watchlist. Unsurprisingly, they didn’t have to wait long as Sara soon made a purchase in a nearby mall, leading the police straight to her. Once apprehended, she was charged with second-degree murder and put on trial. Ultimately, Sara Moore accepted a plea deal and was sentenced to 25 years to life in prison in 2014. She currently remains incarcerated behind bars at the Bedford Hills Correctional Facility in Bedford Hills, New York, and will be eligible for parole in 2039.