Where is Derek and Nancy Haysom’s Killer Jens Soering Now?

ABC’s ’20/20: Would You Kill For Love?’ follows the tragic and barbaric murder of Derek and Nacy Haysom in their homes in Virginia in April 1985. It tells the startling story of Jens Soering, who was convicted of murdering the mother and father of his girlfriend, Elizabeth Haysom, but still maintains he took the blame only to save his girlfriend, who, as per him, killed the pair. If you are intrigued by this fascinating case, we have all the details. So who is Jens Soering, and where is he today? Let’s find out!

Who Is Jens Soering?

Jens Söring was born in Bangkok, Thailand, on August 1, 1966, to a West German diplomat, Klaus Söring. His family moved to Atlanta in 1977, when Jens’ father got transferred to the consulate there. Jens attended the Lovett School in Atlanta, Georgia, and graduated in 1984. Jens had a busy social life in high school – he was the school newspaper editor, a part of the school theatre group, and dabbled in photography, for which he even won an award. He also took several AP classes and played guitar in garage bands at his leisure.

In the fall of 1984, Jens Soering joined the University of Virginia as a part of a program known as Echols Scholars, which aimed to gather the most promising freshman prospects of the school. As a Jefferson Scholar, he was eligible for a full scholarship worth $7,500 annually. During the orientation event, he met Elizabeth Roxanne Haysom, a fellow Echols Scholar. They hit it off instantly, though both hailed from vastly different backgrounds and upbringings. However, they shared a deep bond – their hatred for their parents.

While Elizabeth believed her parents controlled every aspect of her life, Jens’ mother was reportedly an alcoholic mother and his father was prone to temper issues. The two fell in love, but Elizabeth’s parents disapproved of their daughter’s relationship. They even took the young couple out for dinner, but their impression of Jens did not improve. On March 29, 1985, Jens and Elizabeth drove to Washington, DC, in a rented gray Chevette. They spent their weekend there, staying at the Georgetown Marriott, going to movies, eating out at restaurants, and roaming around the city before returning to Charlottesville.

On April 3, 1985, they received the tragic news that Elizabeth’s parents had been viciously murdered in their Virginia home. The couple even attended the funeral together. They were initially not considered a suspect, but a few discrepancies in their story soon made them one. While Elizabeth complied with the police’s request to give fingerprint, blood, and footprint samples, Jens dodged the request citing his requirement to get clearance from the German embassy first.

A few days later, the couple fled the country. Elizabeth and Jens took to disguises and aliases, traveling from Paris to Luxembourg. They planned to get to Thailand, get Jens’ birth certificate, and jointly apply for Thai citizenship after getting married. Initially, they rented a car, intending to drive to Thailand. However, the couple got stopped due to visa issues at the Bulgarian border.

They also met with an unfortunate road accident, leading to Jens losing consciousness for a while and the couple having to appear in the local traffic court. Then, they flew to Thailand, procured fraudulent documents, and skimmed through Singapore and Moscow before settling in England under the names Tim and Julia Holte. In dire need of money, the couple used to con stores and financial institutions in London until they were arrested in April 1986.

Where Is Jens Soering Today?

After Elizabeth and Jens were arrested in London, the American authorities visited them in May 1986 regarding the murder of the Haysoms. Jens was under the disillusion that if he confessed to the crimes, he would be deported to Germany, tried as a minor, and sentenced to a short prison term. Jens confessed to the crime and was indicted by a grand jury on murder charges in June 1986. While imprisoned in England, he learned that such immunity was only for employees at the Washington DC embassies, and Elizabeth was going to take a plea deal. 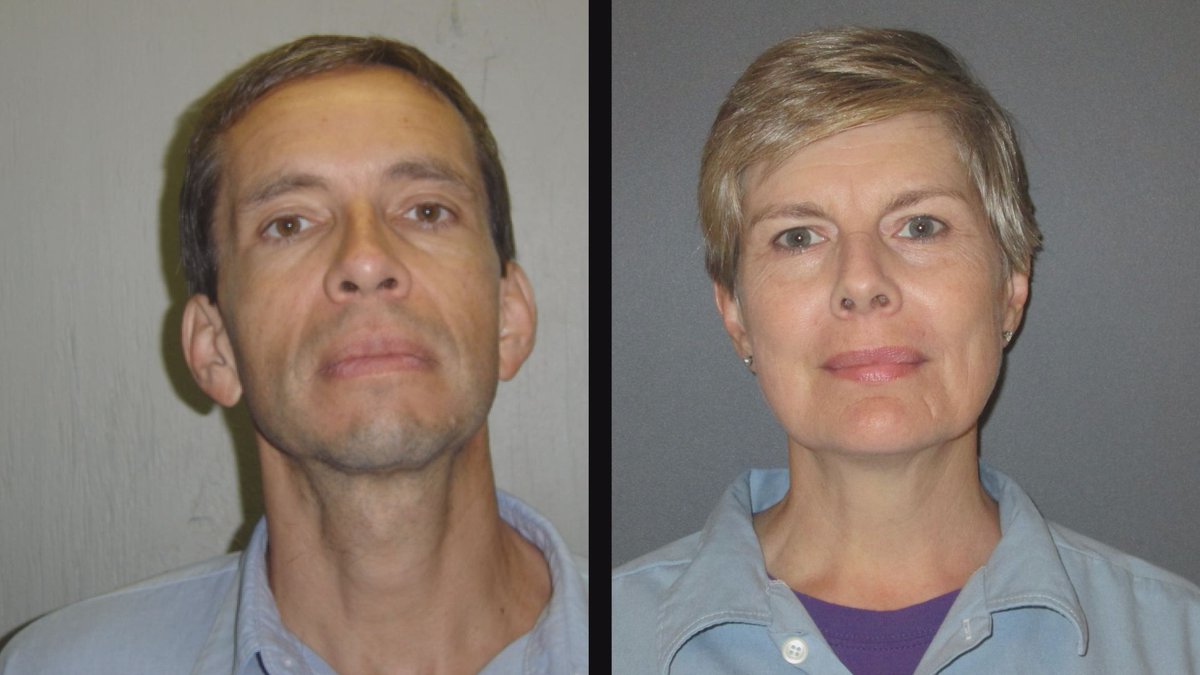 Jens understood that if he was extradited to Virginia, he would be tried for capital murder and could face the death penalty. He recanted his confession and blamed Elizabeth for the murder of her parents. He said he only confessed to save Elizabeth, but it was not paid any heed. On May 20, 1989, Germany considered his extradition to Virginia, subject to the removal of the possibility of the death penalty. It was taken up by the European Court of Human Rights, which gave its first ruling on extradition to a country that still had the death penalty.

In August 1989, England agreed to deport Jens only if America agreed to Germany’s terms, and the American prosecutors finally had to balk in front of international pressure. His trial began in June 1990, and he was convicted of double first-degree murder charges and sentenced to two consecutive life terms. As per his court records, he was incarcerated in a prison cell at the Buckingham Correctional Center in Dillwyn, Virginia. While imprisoned, he converted to Roman Catholicism and wrote several books. One of his books, ‘The Convict Christ’ even won the first prize in the Social Concerns category of the Catholic Press Association of North America.

Several documentaries and investigations led by individual former law enforcement officials on their own concluded that Jens might have been innocent. His lawyer was disbarred later on charges of drug abuse, and the judge and one of the investigators on his case had ties to the Haysom family. Even the DNA samples retrieved from the crime scene and tested independently yielded no match with his samples. Jens got some very strong supporters for his cause, including a former German president and some celebrities.

Though eligible for parole since 2003, he was denied parole 11 times till 2017, until the Governor of Virginia at the time agreed to the recommendation put up by the parole board. He consented to the discharge of Elizabeth and Jens, provided they get deported to their respective home countries and never set foot in the US again. It was also declared that the decision was not based on merit, but due to a cost-cutting measure by the state. Jens was discharged and transferred to the custody of the US Immigration and Customs Enforcement. He was deported to Germany in December 2019.

Read More: Derek and Nancy Haysom Murders: How Did They Die? Who Killed Them?