Where is Deshaun Highler Now? 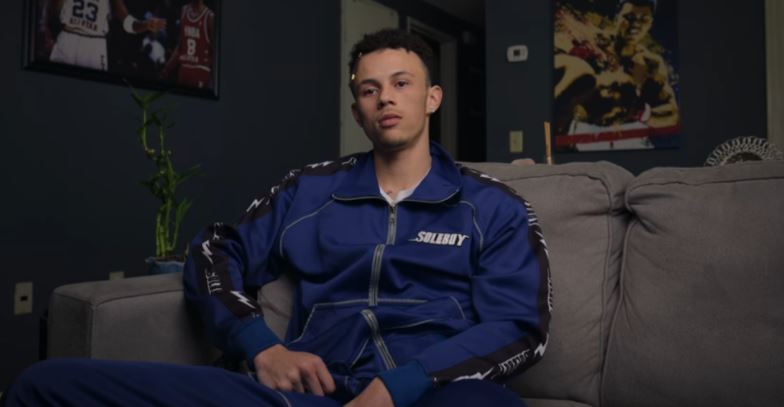 Netflix’s ‘Last Chance U: Basketball’ is a series like no other. Focusing on the JUCO basketball program at the East Los Angeles College (ELAC), we follow the Huskies as they undertake the high-stakes chase to the California state basketball championship. After all, it’s their future and dreams of making it to the next level that depends on their performance. At every turn, though, the team is tested as individual players have to battle their inner demons, emotions, and adversity. And with one such athlete, Deshaun Highler, their captain, things get complicated. So now, let’s find out what Deshaun is currently up to, shall we?

As the shooting guard and captain of the ELAC Huskies, we were first introduced to Deshaun Highler as the man who ties the whole team together. Being the one who holds not only himself but also his peers responsible for their words and actions, according to his coaches, he is one of the most likable “a-holes” you’ll ever meet. Deshaun is an alpha male through and through: he’s competitive, he’s tough, and he constantly pushes boundaries. However, his being a good and honest man remains a fact that no one can deny.

Ever since Deshaun was 2-years-old, he’s had a basketball in his hand. He looked up to NBA legend Allen Iverson, nicknamed “the Answer” or “AI,” as his ultimate “to-be” goal. And although it was mostly just him and his mother growing up, Deshaun never felt like he had to hide or step back from the things he really wanted, which helped him a lot. His mother taught him everything he knows, and their bond was as close as it could be. Thus, when Deshaun learned that she had cancer, being heartbroken also became an understatement.

Despite the sadness, though, the duo carried on with their lives. In fact, after graduating high school, when Deshaun decided to attend the University of Texas at El Paso as a walk-on and attain a full scholarship on his own, his mother supported him. After a year, though, due to some faculty changes, once Deshaun’s financial aid was denied, he moved back home, realizing that his mother’s health was deteriorating as well. Within a year, Deshaun lost his father and then his mother, forcing him to mature in the blink of an eye.

Where is Deshaun Highler Now?

Deshaun Highler’s mother made her son promise her two things the day before she died: he wouldn’t let her demise take over his entire life, nor would he let it affect his dreams of being a basketball player. So, a week or two later, he was on the court for Coach John Mosley and the ELAC Huskies once again, giving the game his all. Thanks to this determination, Deshaun’s skills, and his unprecedented selflessness on the hardwood floors, he managed to get an offer from Sacramento State within his two years in JUCO. If his team won, and if he could simply participate by getting the ball to his peers, Deshaun didn’t seem to care if he scored himself or not.

Today, although the COVID-19 pandemic has still not completely let the basketball season resume to normal, whenever there is a chance, Deshaun Highler, a junior and guard for the Sacramento State, plays ball. As per the college’s official athletics site, Deshaun appears to be doing his very best to keep his Division 1 journey going. Presently, he has played eight games for the Hornets, with his field goal percentage being 41.2%. He has 13 assists, 7 turnovers, and 5 average points per game to his name. Overall, it looks like the computer science major is keeping his promise to his mother. We honestly just hope to see him play professionally one day.

Read More: Are Deshaun and Kiera Lusk Still Together?