Where Is Dian Fossey Now? 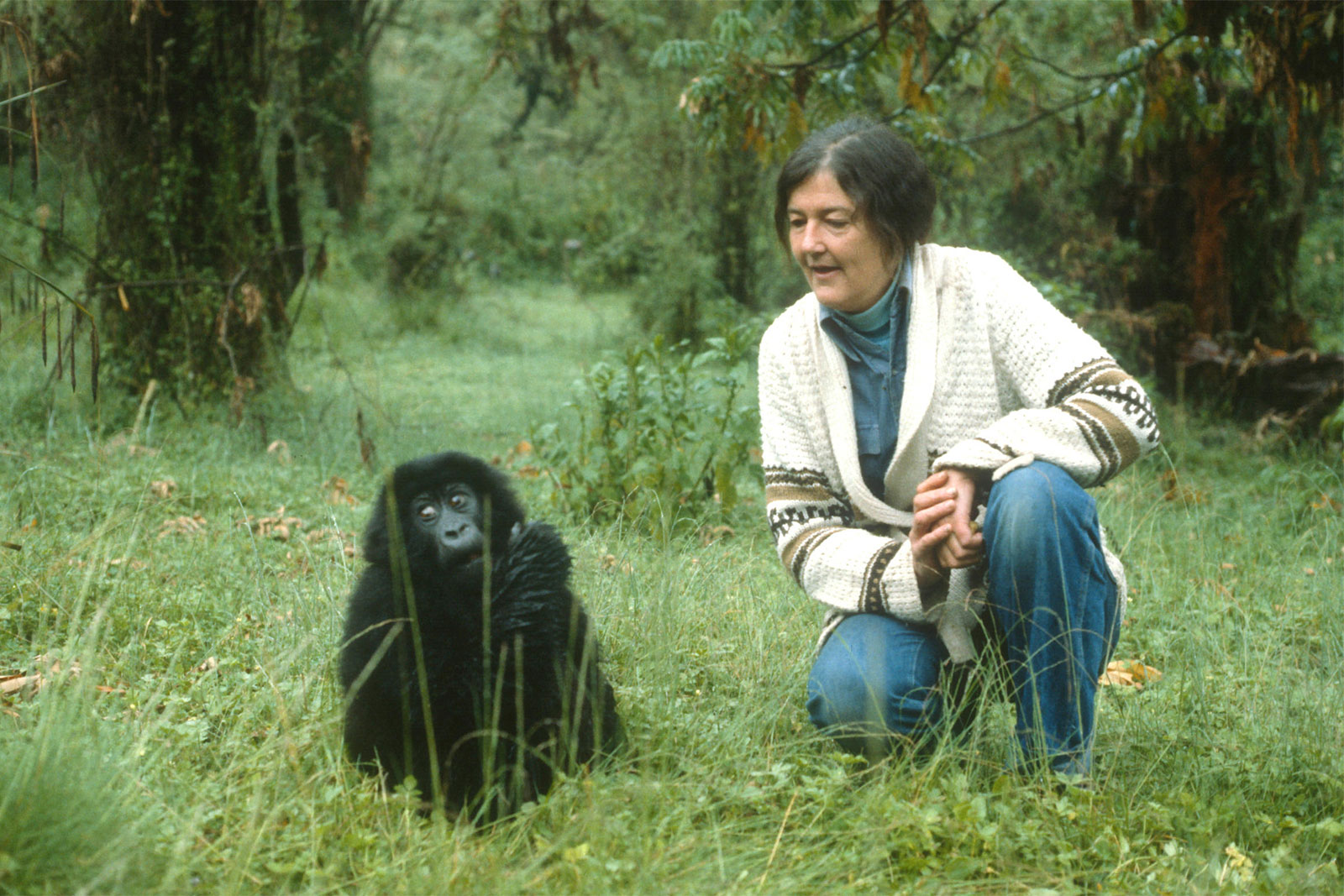 ‘She Walks with Apes’ is a documentary that features three women who have set themselves apart by continuously studying, observing, and advocating for primates. In independent capacities, they have been able to set a standard to study apes, the closest species to human beings. In a world order where we assume total authority over other animals on the planet, the documentary, in many ways, seeks to make us unlearn certain notions we have about the wild.

The documentary film takes its viewers through the different lives, ideas, and passions of what these women and others who are following their path underwent and still undergo. While they have set themselves apart from many others, the journeys have definitely not been easy. Often misinterpreted and criticized, they had to carry on with what they believed in before they were taken seriously.

Who Is Dian Fossey?

Dian Fossey was born in 1932 in California. She had an inkling towards animals from a young age. She majored in Occupational Therapy from San Jose State College. She was introduced to the world of primates after her trip to Africa. This is one significant similarity she shares with Jane Goodall. The journey to which she emptied her whole life savings didn’t end up being futile as she soon met Louis Leaky and his wife, Mary Leaky. The iconic couple in the field of Science soon put her in a project to study endangered gorillas in Rwanda.

She lived with gorillas in the Republic of Congo, studying about them till she had to leave due to the civil war. Soon after, she was in Rwanda. In 1967, she established the Karisoke Research Foundation in Rwanda’s Volcanoes National Park. This was done to further her study of mountain gorillas. In the course of her observatory study and fieldwork, she obtained her Ph.D. from Cambridge University in 1976.

The main obstacle in her work was the human threat imposed on gorillas through poaching. She worked very hard to protect and preserve them in their natural habitats. Her main observations about them were that they are highly friendly, gentle, and dignified creatures. She has often faced criticism for saying that they are better than many locals in Rwanda, especially the ones that poach them. However, she continued to advocate against poaching along with tourism. This is because she believed that with tourism comes illnesses like influenza to which gorillas, in general, do not have any immunity.

Where Is Dian Fossey Now?

In 1983, she published a book titled, ‘Gorillas in the Mist’, which was later also made into a film due to its popularity. However, Fossey’s future was ill-fated as she was murdered in 1985. She was found hacked to death by a machete in her room. There were several physical signs of forced entry and violence. Though a lot of people were arrested and interrogated, to this day, nobody has been found guilty of the crime.

Her work, observations, and ideas continue to live through her foundation, Dian Fossey Gorilla Fund International. Over the years, the project has expanded to include the conservation of several other gorillas from other demographic locations. (Feature Image Credit: Britannica.com)