Where Is Jane Goodall Now? 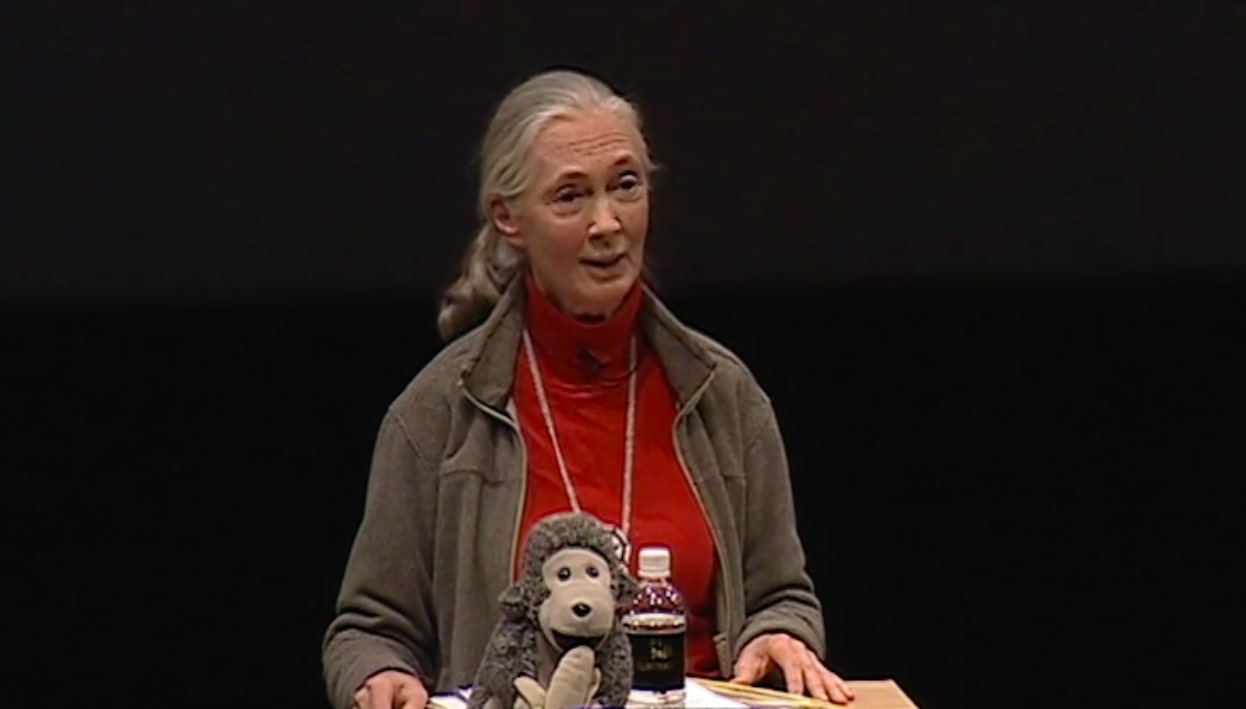 The documentary, ‘She Walks with Apes,’ sheds much light on the iconic figures Jane Goodall, Biruté Galdikas, and Dian Fossey. The three women who are called the ‘Trimates’ are the embodiment of genuinely understanding the beings on nature.  The documentary attempts to provide a fresh glance into the lives of these three and other aspiring young women who too are on a mission to advocate for the lives of primates. The documentary, in this sense, serves as a transition from the old generation of primate advocates to the upcoming generation of women following the same path but in their own different ways.

Who Is Jane Goodall?

Jane Goodall, an expert on wild chimpanzees, was born in London. Her fascination with chimpanzees began as a result of a chimpanzee toy she received on her birthday. The toy was fashioned after London’s first chimpanzee, who gave birth in a zoo, named Jubilee. Growing up, she found solace in greenery and wildlife. After graduating, she worked many jobs and decided to go visit Africa, which would change her life forever.

In Africa, she met Louis Leaky, a lead Paleoanthropologist. As his assistant, she was sent to Osman Hill to learn about Primatology. Goodall was then sent to Gombe Stream National Park. In the years to come, she researched Primatology, which was a male-dominated field, much like various others at the time. Under the financial aid arranged by Leaky, she went on to receive a Ph.D. in Ethology from Newnham College, Cambridge.

Goodall devoted her life to studying chimpanzees and learning about them. As a result of this, her contribution to science is immeasurable. One of her most important discoveries was that chimpanzees, very much like human beings, made and manipulated tools to achieve a goal. She observed that chimpanzees often procured twigs and branches, smeared them with their saliva to scoop out termites from their deep dwellings. Along with this, she discovered their complex social structure, hunting rituals, playtime routines, and so on. She also made it known that they are an endangered species due to poaching. Her stunning revelations of the behavioral similarities between humans and chimpanzees were astounding at the time.

Where Is Jane Goodall Now?

The Primatologist, Anthropologist, and activist have several awards and mentions to her name. In addition, in 1977, she established the Jane Goodall Institute, which continues her research in Gombe. Its noted program is ‘Roots and Shoots’ that started in 1991 with a group of teenagers.

In 2019, she was noted as one of the ‘100 most influential people in the world’, according to Time Magazine. Goodall has quite the accolade of awards, and books to her credit. In addition, she has featured in and has been the subject of quite a number of films. In a recent interview with clnet, she spoke about what she believes is the reason for the recent pandemic. According to her:  “… Viruses can spill over onto humans in situations like our intensive farming with animals, and also in the meat markets in Asia and Africa. It’s because of our lack of respect for the environment that this terrible COVID-19 virus has shut down the world.”

The 86 year old also spoke about the dire need of holding on to hope in such a situation. Goodall still travels as part of her work, which she believes is never-ending. However, when she is not traveling, she is at her home, she shares with her sister in Bournemouth, England. In her interview with The Daily Beast, she still continues to work with ‘Roots and Shoots’, give interviews, lectures, and do every bit she can to advocate and promote her lifelong passion. To Jane Goodall, age is really just a number.

Read More: Where Are Siegfried and Roy Now?