Where Is Edward McNelley Now?

‘Trial 4’ is an eight-part docu-series on Netflix that delves deep into the story of Sean K. Ellis, a man who spent almost 22 years behind bars after being wrongfully convicted for the murder and robbery of a Boston Police Detective at the age of 19. It examines Sean’s long fight to prove his innocence and gain his freedom, all the while exposing police corruption and practices that tainted the seriousness of the original crime.

The thing is, though, the true crime documentary series gives us both sides of the story, especially with former detectives giving one-on-one interviews as well. Among them is Edward McNelley, who gave us an insight into how the department really worked. Let’s find out more about detective McNelley, along with his current whereabouts!

Who Is Edward McNelley? 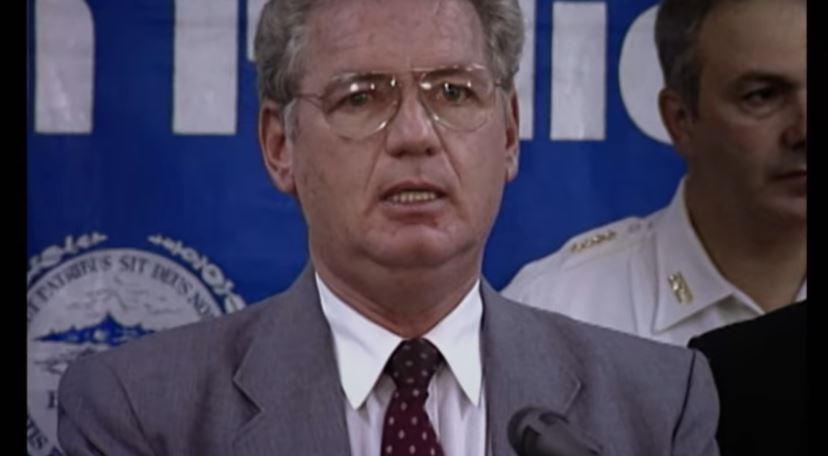 Edward McNelley joined the Boston Police Department in the 1970s. By the time it was 1982, he had risen through the ranks to hold the position of a Sergeant – planning, assigning, reviewing, and evaluating others’ works. Fast forward a decade, and he was the Head of the Homicide unit within the city when Detective John Mulligan, an Area E drug cop, was executed in his vehicle while on duty on September 26, 1993.

Therefore, when a 65-body task force was formed to investigate the murder, Edward was a part of it. He helped and guided all of those under his command to follow the evidence and do whatever it took to catch the cop killer. There was a lot of pressure on the cops on this case to solve it as soon as possible, not only because of the massive media coverage but also because of the heinousness of the crime.

Consequently, even if evidence was misplaced or reported after due time, it didn’t seem to make that much of a difference – what was important was that the perpetrator/s were caught and brought to justice. And when Sean Ellis and his so-called partner in crime, Terry Patterson, were found to be at the scene of the crime the night it happened, it was as if the case was over. After all, they were convicted. But even after their exoneration, Edward McNelley still believes that they were behind it all.

Where Is Edward McNelley Now?

When reports of the Boston Police Department’s corruption and their inability to solve even the simplest of crimes came to light a few months after Sean Ellis’ conviction, Edward McNelley’s name was nowhere to be found. It was as if he was one of the few good cops in the force and was not even aware of all the dirty work that happened either within his squad or the different task forces he was a part of.

Thus, when the time came, years later, Edward handed in his gun and badge with his head held high, retiring from the Boston Police Department as a Captain and former detective whose name was not tarnished by anything in any way. Today, Edward McNelley continues to do good work as a member of Cops for Kids with Cancer, an organization that was launched more than 15 years ago to help kids and their families battle the life-threatening disease.

Still residing in Massachusetts, with his wife Joan, who is also a member of the same organization, Edward represents the charity on several occasions, raising funds to help children get the treatments they deserve. It seems as if he wants to continue working to make the world a better place. As for his stance on Sean Ellis, well, Edward made that clear in the series itself, maintaining that the ones convicted were the ones responsible.