Where is Elizabeth Shoaf Now? 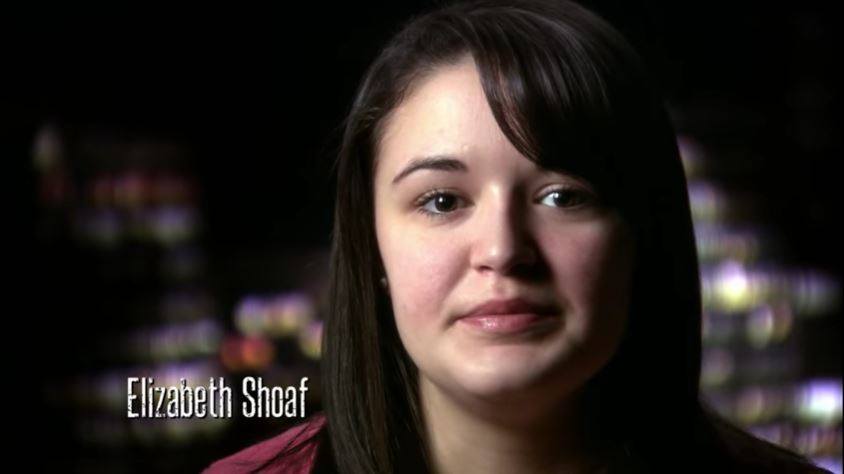 Starring Julia Lalonde and Henry Thomas, Lifetime’s ‘Girl in the Bunker’ is a 2018 movie that profiles the real-life kidnapping of 14-year-old Elizabeth Shoaf at the hands of Vinson Filyaw. This film not only portrays every aspect of what transpired, but it also highlights how the teenager managed to escape her captor by using nothing but her wits and her will. With Elizabeth’s case having been chronicled in NBC’s ‘Dateline: Into the Woods’ and ID’s ‘Surviving Evil: Underground Terror’ as well, let’s find out all that there is to know about her ordeal and her current whereabouts, shall we?

Who is Elizabeth Shoaf?

Residing in a country home near the edge of the woods in Lugoff, South Carolina, Elizabeth Shoaf, 14, and her younger brother, Donnie, always followed the same routine after school. They walked the lonely 200 yards from the bus stop to their house and did homework until their parents came back from work. So, on September 6, 2006, when Elizabeth failed to do this, her parents became worried and reported her missing. At first, the police interpreted the shy teenager’s disappearance as an attempt to runaway and didn’t launch an Amber alert, but it soon turned out to be much more.

On that fateful day, as Elizabeth stepped down from her school bus, Vinson Filyaw, wearing a police officer’s uniform, intercepted her. He concocted a phony marijuana charge against her, told her she was under arrest, and then led her deep into the nearby woods. Once there, he forced her to strip and bound her neck in a cramped and dank hand-dug 15-foot bunker near his trailer home – located within a mile from her own home. Over the next ten days, Vinson raped his victim more than twice a day. Yet, Elizabeth still managed to maintain a sense of composure.

Gaining her captor’s trust with her conformity, Elizabeth succeeded in convincing him to let her borrow his phone to play games. But once he fell asleep, she texted her friends and family. Subsequently, when Vinson discovered that he was being pursued, he fled, letting Elizabeth escape and be rescued. She has since revealed that Vinson also tortured and threatened her. “He’d always call me baby. So I’d call him that back,” Elizabeth told NBC. “He’d tell me he loved me, and I told him I love him. Which is — I’d act like I really liked him and I wanted to be with him.”

Where is Elizabeth Shoaf Now?

Thanks to Elizabeth Shoaf’s own quick thinking, she managed to save herself as well as get a severe sex offender behind bars. From the moment she gained back her freedom, she openly talked about her experiences to help herself deal with them. Then, once she realized that she could benefit others as well, she pushed on it further. In 2008, as a sophomore in high school, Elizabeth made appearances on ‘Today’ and ‘Dateline’ before speaking at a ceremony at the State House in Columbia about finding the strength to move on.

“While being down in the bunker, I was repeatedly raped, threatened, and tortured for ten days straight. I never knew if I was going to live or die and if I was going to see my family, friends, or boyfriend again,” she said in that speech. “Every day I was down there, I prayed for God to help me and help everybody who was trying to find me.” Elizabeth also added that she has good days and bad days, but she marches through each of them with her head held high because she is not a victim anymore; she is a survivor. She reiterated this as a 21-year-old.

“I feel normal. I go to work, come home, play video games, hang out with friends on the weekends. It helps me not think about it and feel like I’m living a normal life,” Elizabeth revealed in an interview with WIS in 2013. “You can be a survivor just like I am. It simply takes faith, it takes talking to someone and encouragement that it’s not the end of the world.” Therefore, today, Elizabeth Shoaf, having practiced what she preached, is living a happy life. In her late-20s, the college graduate now works as a dental assistant in Cayce, South Carolina.