Where Is Estephania LeBaron Now? 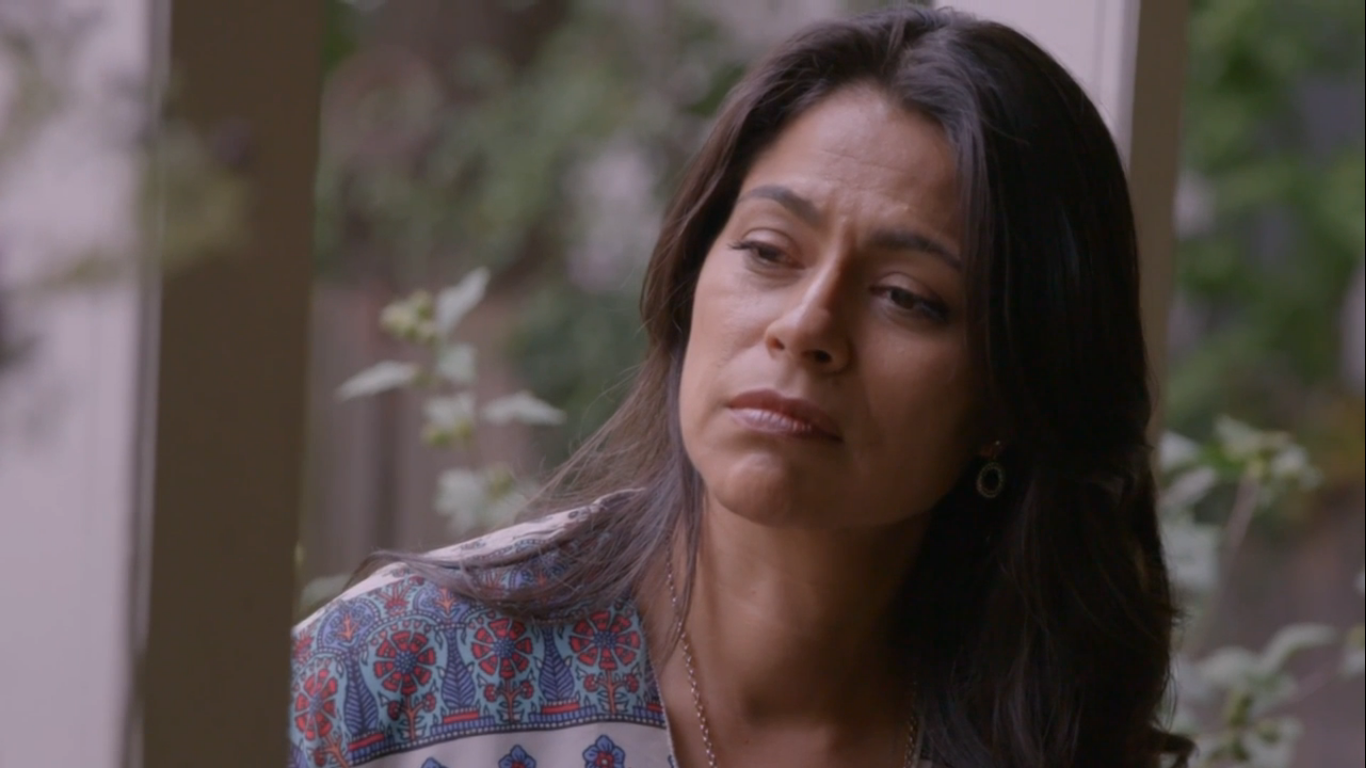 Investigation Discovery’s ‘Evil Lives Here: Blood Atonement’ features the horrific crimes of Ervil LeBaron, the leader of a polygamous Mormon fundamentalist group and founder of the Church of the Lamb of God. His daughter Estephania LeBaron grew up believing the false doctrines her father taught her. But only after a tragic massacre, carried out because of her dead father’s wishes, did Estephania realize her father’s teachings had been a sham. Curious to know how she escaped and where she is now? We have you covered.

Who is Estephania LeBaron?

Estephania is one of the 50 and more children Ervil Morrell LeBaron had with his 13 wives. She grew up within the secret society of the polygamist sect that was led by her father. Along with her other siblings, she was kept alienated from the outside world and was told only to follow their father’s teachings. For Estephania, her father was equivalent to God, and she feared that if she deviated from the path set by him, she “might not go to heaven.” Estephania’s father allegedly ordered the death of at least 22 people. He was convicted in 1979 for ordering a hit on a rival leader. He died in his prison cell at the age of 56. 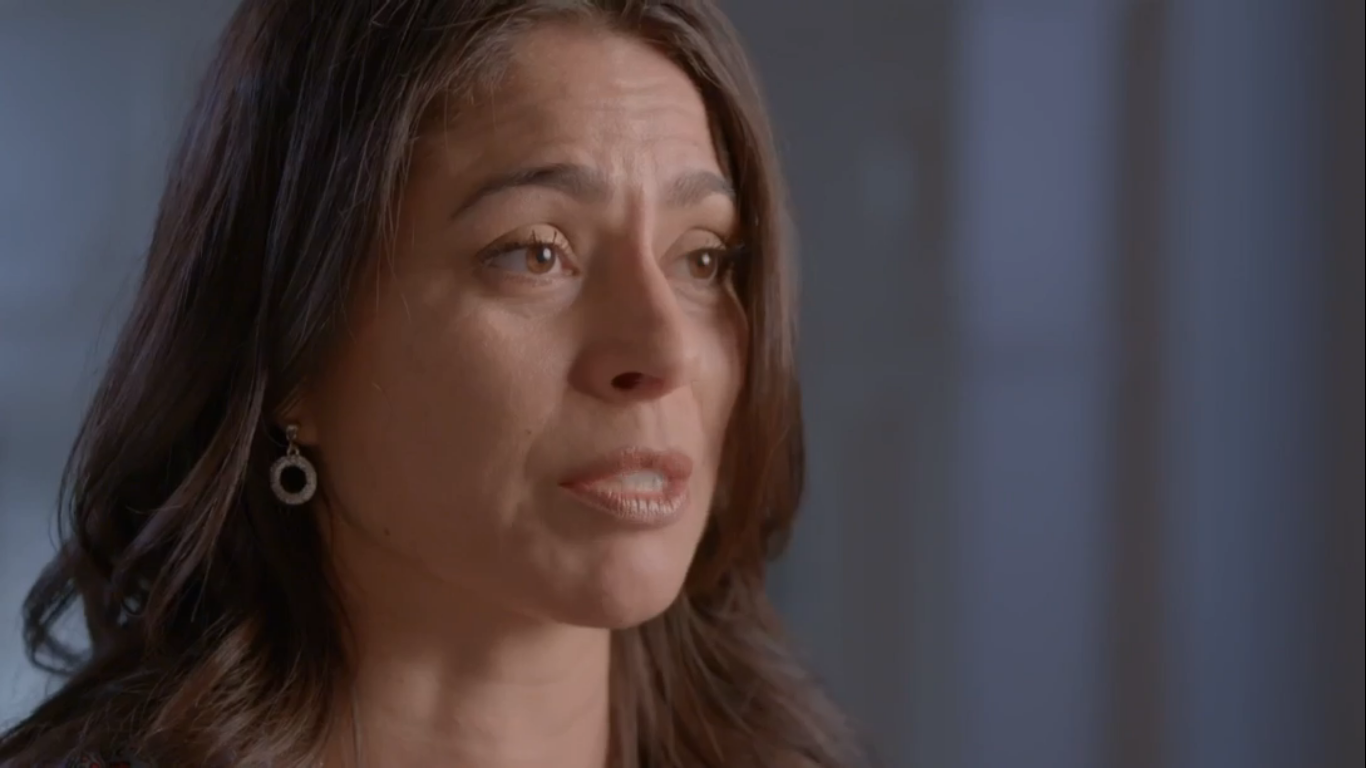 In an interview with ‘Good Morning America’ in 2008, Estephania said she had been compelled to marry twice at the age of 13. She also mentioned how she had seen members of her family get “blood atoned.” “I had my aunt and my younger sister who were blood atoned. And I was 11 years old, and it was traumatizing,” she said. Even after his death, LeBaron’s followers carried out his orders, killing people from a “list” he had designed. Following the infamous 1988 “4 O’Clock Murders,” Estephania managed to escape with her brother’s help and came to America in 1996.

Where is Estephania LeBaron Now?

After escaping the horrors of her father’s sect, Estephania settled in the States. In the show, she says that she had always wanted to become an actress and a model. She was able to pursue her dreams once she started building her new life. Estephania was reportedly a student of Beverly Hills Playhouse. Her acting career includes a 2003 short movie called ‘Perils in Nude Modeling’ where she was cast as a model. However, she started her acting career in 2000 with her role as Juana Ayslbury in ‘The Alamo,’ for which she has received royalty checks even years after the film was released in 2004. 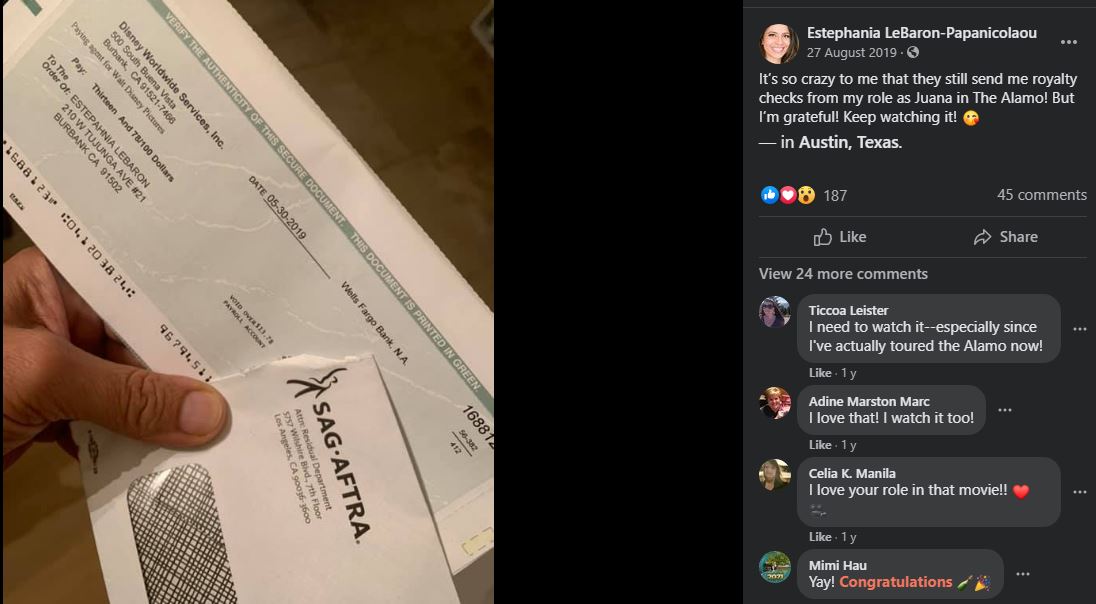 She has acting credits in 6 more English and Spanish language films released from 2006 to 2012. She also has direction and production credits in a documentary called ‘Frozen in War.’ The film is a product of Estephania’s own production company called LeBaron Productions. The company is a professional video production studio located in Austin, Texas, with a well-equipped studio.

Her bio on the company’s official page says she has “a decade of Hollywood experience in front of the camera and behind the scenes producing events like the Nosotros American Latino Showcase.” She is interested in writing for the screen as well. She is also the owner and founder of a company called VoiceLaunch, which is an “Austin-based service promoting health and wellness living.” The company provides practitioners of health and wellness a platform to share their knowledge and help others. 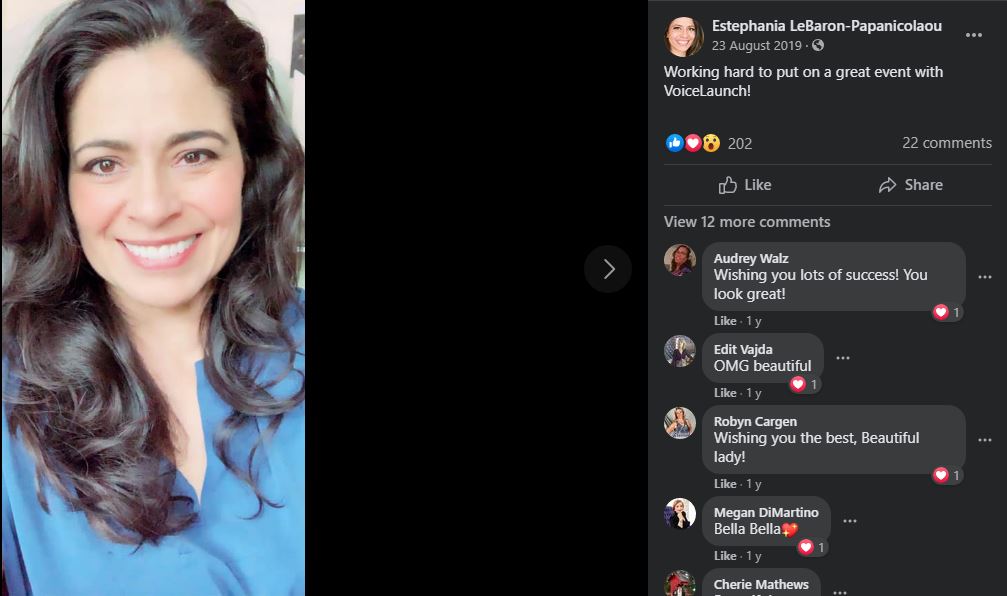 In 2019, Estephania spoke out about her extended family members’ tragic deaths in a suspected cartel ambush in Mexico. She expressed her wish for international interest in the tragedy to spread awareness about other victims of cartel violence. “We’re talking about them. (Our family) also recognize that they are the face to a lot of other tragedies happening to other Mexicans there,” she said. With an American-Mexican citizenship to her name, Estephania also connected the dual citizenship of the victims with what she thinks is a two-country problem. 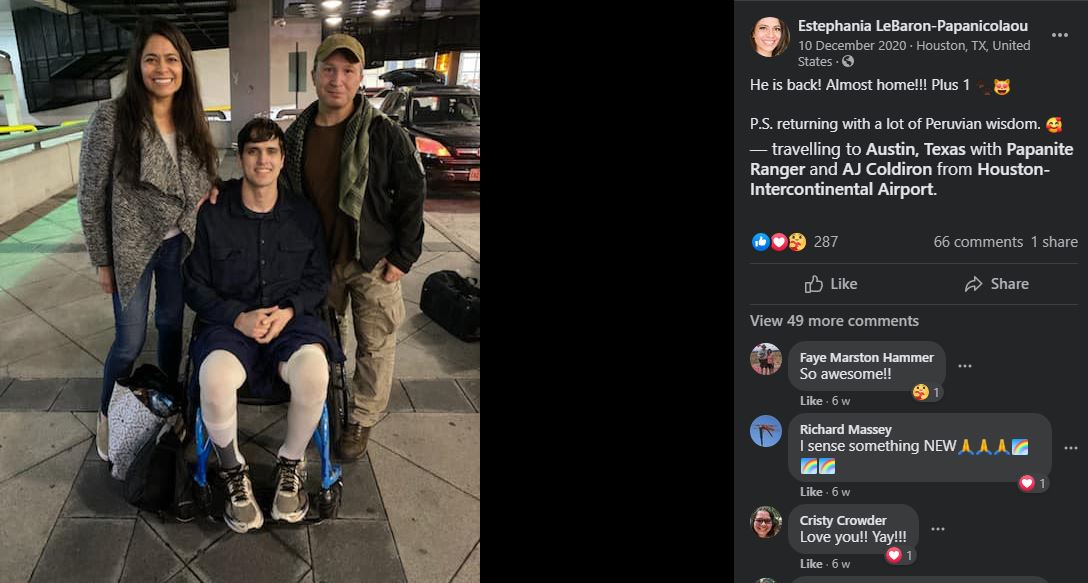 As for her personal life, Estephania has been married to Troy Papanicolaou (seemingly) since 2015. She has a son from a previous relationship, who, according to her Twitter profile, is 23 presently. In a YouTube video shared on her channel, Estephania shares the story of how her son, AJ Coldiron, got into a car accident in 2015, which resulted in a spinal cord injury. He had been a successful athlete, but he was told he might not walk again after the injury. He is undergoing treatment for the same. Estephania currently resides in Austin, Texas.

Read More: Where Are Michael Blanco And His Fiancée Now?