Where is Everything I Know About Love Filmed? 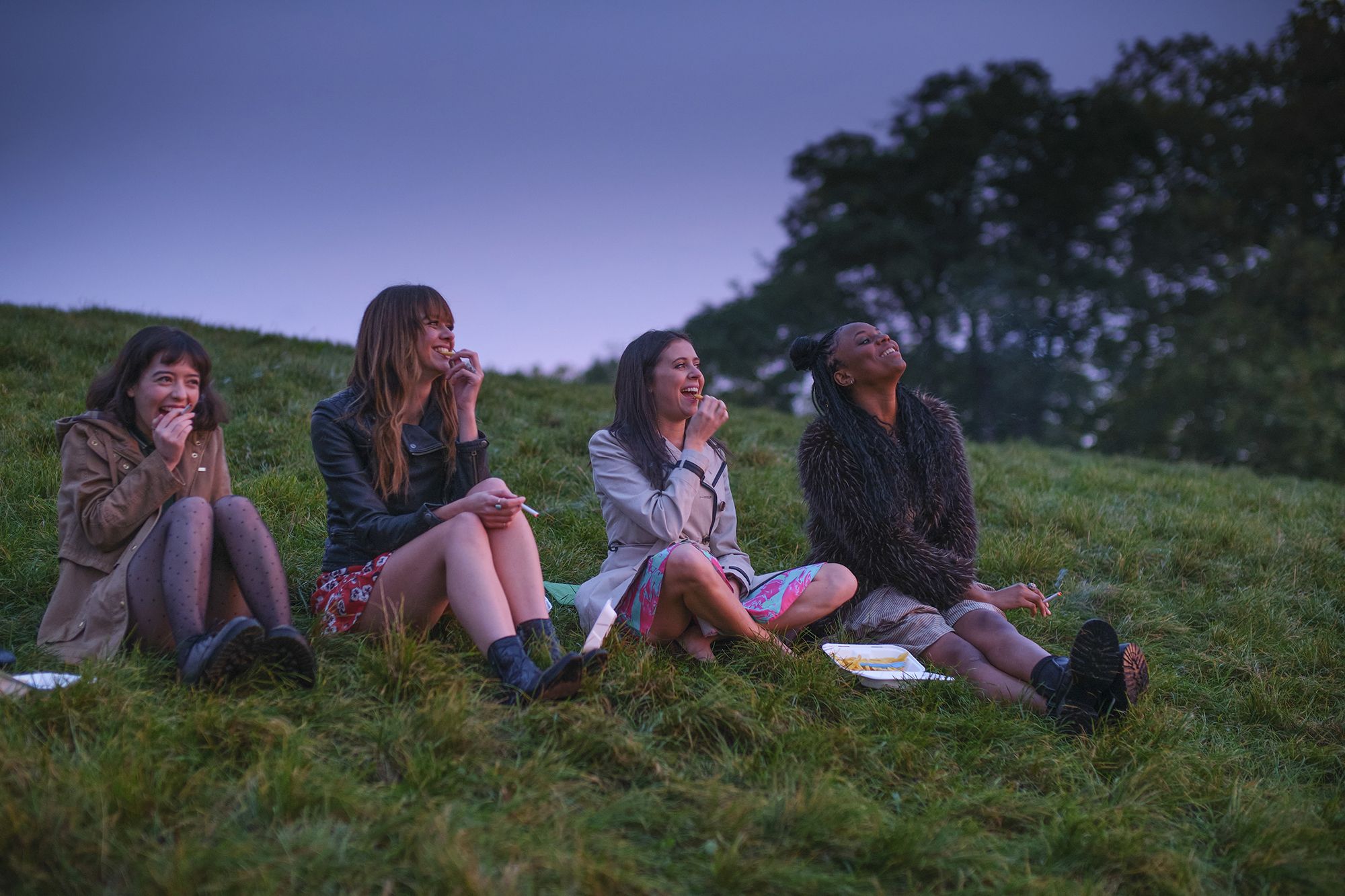 Based on Dolly Alderton’s eponymous best-selling memoir, ‘Everything I Know About Love’ is a comedy-drama series that follows two childhood best friends, Maggie and Birdy, navigating their early 20s in their own ways. Set in the early 2010s, the show also involves two other girls from the same university as the former duo, all of whom share the same roof. As they spend more and more time together, the clique gets closer and stronger.

However, the group encounters numerous bad dates, heartbreaks, humiliations, and the important question of which kind of love ages better as people change and grow — platonic or romantic. Apart from the entertaining narrative of the romantic drama series, what intrigues one is the setting of the early 2010s and the usage of so many different locations. So, if you are wondering about the filming sites utilized for shooting the series, we have you covered!

Everything I Know About Love Filming Locations

‘Everything I Know About Love’ is filmed entirely in England, specifically in London, Manchester, and Liverpool. The principal photography for the inaugural iteration of the series reportedly commenced in August 2021 and wrapped up in December of the same year. Now, without further ado, let’s traverse the specific locations that appear in the show!

Several important portions of ‘Everything I Know About Love’ are taped in London, the capital and largest city in England as well as the United Kingdom. To depict 2010s Camden authentically, the production team utilizes the locales of the same town in northwest London for the most part. Camden Lock is where Birdy spends most of her time in the show. The villagelike area of Primrose Hill and Inverness Street, both in Camden, also serve as prominent production locations for the series.

Moreover, for the debut season, the cast and crew set up camp in PowerHaus on Middle Yard. The scene between Maggie and Street in the first episode of season 1, where they meet at the station, was recorded in Paddington Station on Praed Street. Besides a few sections of Regent’s Canal appearing in some scenes, you can spot the bank of Thames with several London skyscrapers in the backdrop in several sequences.

In a June 2022 interview with RadioTimes, Bel Powley (Birdy) revealed that they recorded on location on Friday night outs in Camden itself. She added, “My favorite scene to film was The Primrose Hill (scene) – rolling down Primrose Hill. We shot it at dawn on Primrose Hill, it was so magical; the sunrise was so beautiful. And even though the ground was wet and cold, we were still just having so much fun.”

While the story is primarily set in Camden, many pivotal sequences for the romantic series are lensed across Manchester, a city in the metropolitan county of Greater Manchester. Manchester Piccadilly station doubled as a London station where Maggie and Street share their first kiss in the debut season. The season 1 scene where Birdy and Maggie are in inflatable pig costumes in a square surrounded by restaurants is taped on Deansgate, a road that runs through the city square. Interestingly, the filming unit didn’t block the street to capture the genuine emotions of pedestrians walking by them.

For shooting some additional portions, the production team utilizes the facilities of Space Studios Manchester on Vaughan Street. It consists of 6 acoustically treated stages, workshops, onsite catering, and other production facilities that meet the filming requirements of all kinds of productions. Various exterior shots for the romantic comedy series are lensed in different streets and neighborhoods, including King Street, Back Turner Street, Whitworth Street West, Northern Quarter, and Jackson’s Row.

Grand Pacific at 50 Spring Gardens and Rosso Restaurant & Bar at 43 Spring Gardens served as key production locations for the series’ debut season. Furthermore, the cast and crew set up camp in many other restaurants and bars in Manchester to shoot important interior scenes. This includes ONE EIGHT SIX at 186 Deansgate (temporarily closed), YES at 38 Charles Street, The Marble Arch Inn at 73 Rochdale Road, Masons Restaurant Bar at 36 Bridge Street on the Ground Floor of Manchester Hall, Lock 91 at 9 Century Street, Sunset by Australasia at 1 The Avenue in Spinningfields, and Sammy’s Cocktail Bar at 26 Swan Street.

A few pivotal sequences for ‘Everything I Know About Love’ are lensed in Liverpool, a city and metropolitan borough in the ceremonial county of Merseyside. The scene where Birdy indulges in a phone call while sitting by the dock in the inaugural season is taped on Royal Albert Dock at 3-4 The Colonnades. Besides that, Martin’s Bank at 4 Water Street also serves as a prominent filming site for the series.

Read More: Is Everything I Know About Love Based on a True Story or a Book?