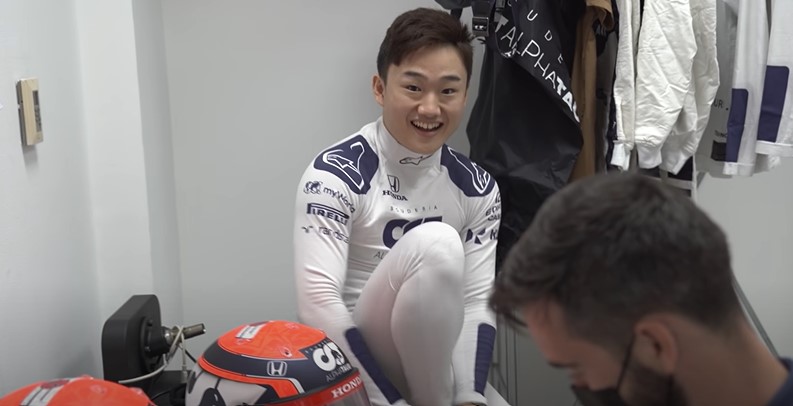 Season four of Netflix’s ‘Formula 1: Drive to Survive’ brings multiple episodes packed with plenty of action, drama, and new storylines from the 2021 season of the pinnacle of motorsport racing. Among them is the entry of rookies on the grid, with Yuki Tsunoda’s meteoric rise to the top garnering plenty of eyeballs. Racing for Scuderia AlphaTauri alongside the ever-consistent Pierre Gasly, there were high expectations on Yuki coming into the 2021 season. So, if you’re curious to find out how his career has progressed, we’ve got you covered.

Where is Yuki Tsunoda Now?

The youngest driver on the grid, Yuki began his racing career karting in Japan, and in 2018, he won the Japanese Formula 4 title with seven wins. He credited his father for playing a big role in his success, saying, “My family played a big part in my career, but especially my dad. He was my mechanic for 14 years, and he gave me a lot of advice to get faster.” Yuki’s talent was evident, and he moved on to the next level in the feeder series: Formula 3.

Then, as part of the Red Bull Junior Team, Yuki drove for Carlin in the Formula 2 Championship in 2020. He was dominant during stretches, ending on the podium several times and taking the top step thrice. Yuki was touted to replace Daniil Kyvat in the second AlphaTauri Formula 1 seat in 2021. Before that, he got his first taste of a Formula 1 car during a practice session in Imola, Italy, in 2020. He was surprised by the physicality of the session, saying, “I expected it to be a little bit less hard from a physical [perspective], especially the neck because I have quite a lot of confidence that I don’t get a tired neck.”

Yuki finally made his debut in 2021, and his stock quickly rose after a confident P9 in the season opener. His performance garnered lavish praise from Ross Brawn, who said, “He is the best rookie F1 has had for years, having been fairly stunning in whatever series he has competed in. His promotion by Red Bull looks like a brilliant move.” He was expected to help AlphaTauri compete in the tight midfield fight. However, Yuki struggled with consistency and became well known for his radio outbursts.

Throughout the 2021 season, Yuki was inconsistent, showing flashes of brilliance at times but crashing at other times. However, he ended the season on a bright note, finishing fourth in the final race. After being announced as one of AlphaTauri’s drivers for 2022, Yuki admitted he was surprised, saying, “Because I just keep crashing! So I spent lots of money for the whole team. It’s not a good way to end the first half of the season.”

Come 2022, with the new regulations, Yuki would look to realize his dream of winning a Formula 1 race and becoming the first Japanese racer to do so. According to the show, Yuki moved to Faenza, Italy, to stay closer to the team base and have a structured training regimen. He has been cautiously optimistic for the new season, saying, “I feel more pressure to perform now than I did last year, but it’s a good pressure, which is a motivation for me when I’m training. I’m really looking forward to racing again.”