Where is Finding Ola Filmed? Is it a True Story? 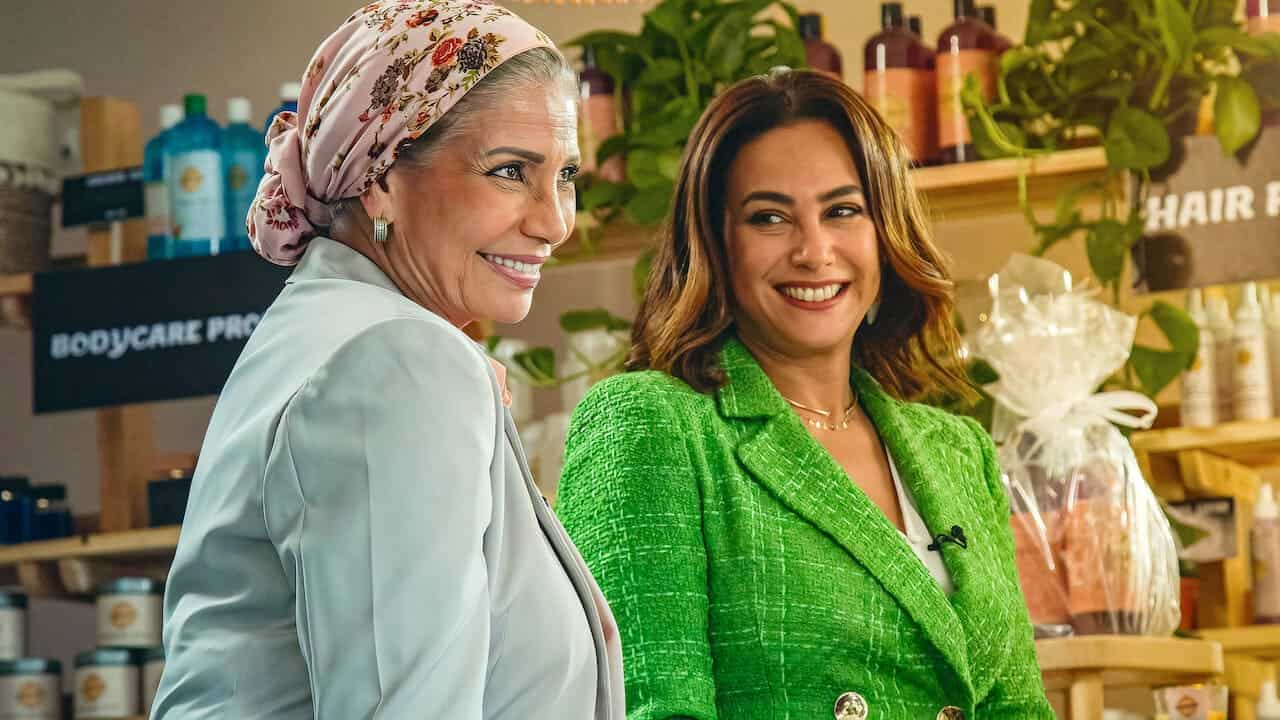 ‘Finding Ola’ is an Egyptian comedy-drama series that follows the main characters first introduced in the 2010 show titled ‘Ayza Atgawez’ (‘I Want to Get Married’). Hend Sabri reprises her role as Ola Abdel-Sabour, a woman in her forties whose life spins on its head when her husband asks her for a divorce. Amidst her responsibilities towards her family – as a mother and daughter – and her job as a pharmacist, she must find a way to discover who she really is.

As the series highlights Ola’s attempts at reinventing herself, we see her embarking on new adventures. From sailing down a river to some fun in the desert, the setting of the show aptly depicts the break Ola tries to take from her everyday life in the city. So, if this has got you wondering where the Arab-language show is filmed, we’ve got the answer!

‘Finding Ola’ is filmed in Cairo, the capital of Egypt. According to sources, the cameras began rolling in late January 2021. In June 2021, it was reported that the team had wrapped up filming the first season. To ensure the health and safety of the cast and crew, all necessary measures were taken to prevent the contraction and spread of COVID-19. Now, let us learn more about the filming location!

Cairo is considered one of the largest cities in the Arab world, which also happens to have the oldest and biggest film and music industry in that region. Although strongly associated with ancient Egypt, Cairo is a megacity that faces the same challenges as any other metropolis in the world, such as traffic and pollution. The Cairo Metro is counted among the busiest metro systems in the world.

As of this day, the highly urbanized city comprises numerous apartment buildings, which are more common than independent houses. This provides a more convenient housing solution as there is a regular influx of people into the City of a Thousand Minarets. Cairo has several charming qualities that make it a sought-after production site. The city lies on the banks of the River Nile and offers easy access to nearby natural attractions such as the desert and beaches.

The Pyramids of Giza are only about 11 miles from Cairo. Moreover, the city has relatively stable weather. Several landmarks that one frequently sees on the screen include Tahrir Square, the Museum of Egyptian Antiquities AKA the Egyptian Museum, and the Cairo Tower. A few famous films and TV shows that were shot in Cairo are ‘The Spy Who Loved Me,’ ‘Red Notice,’ and ‘The Amazing Race.’

Is Finding Ola Based on a True Story?

No, ‘Finding Ola’ is not based on a true story. Lead actress Hend Sabri came up with the idea of this show and is also responsible in part for the script, filming, post-production, among other aspects. But the series is, in a way, an extension of Ola’s life, a character who we first meet in the hit TV show ‘I Want to Get Married.’ The 2010 series itself is a screen adaptation of Ghada Abdel Aal’s titular book that was published in 2008. 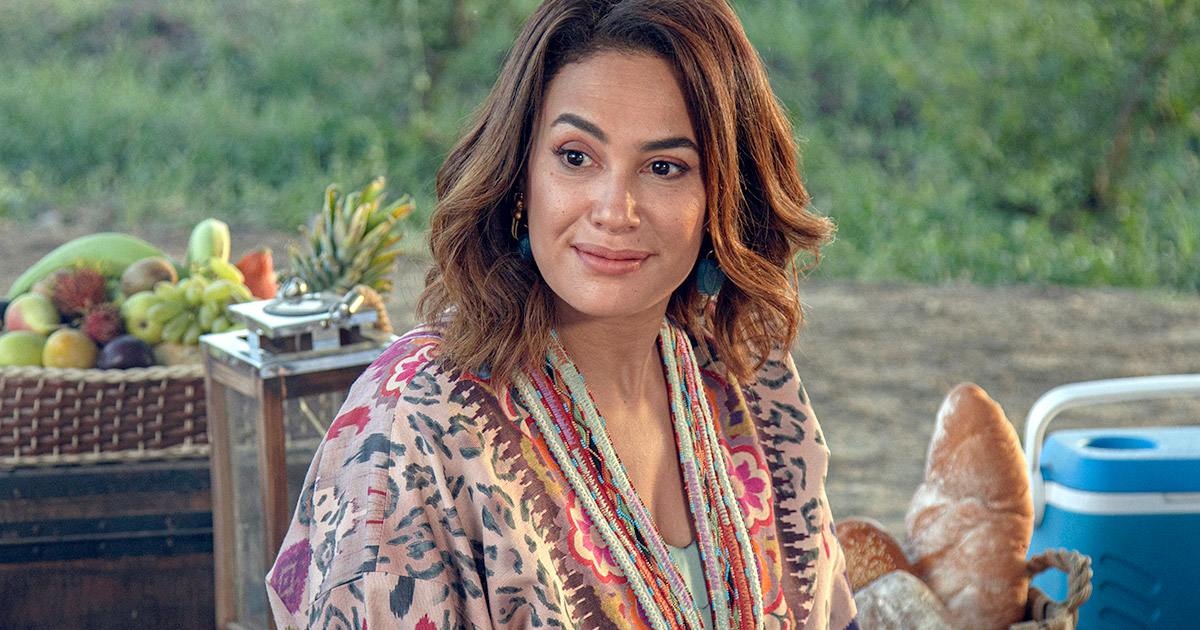 Interestingly, there are elements of reality in the series as far as Ola’s character is concerned because the book is a result of author Ghada’s own experiences and that of her friends. She started writing a blog anonymously after coming across a wide range of marriage proposals. The blog was later turned into her bestselling book. However, in June 2011, Ghada admitted to embellishing these real-life experiences for comedic effect. Moreover, she actually studied pharmacy and has worked in a hospital pharmacy.

Nevertheless, there is no doubt that Ola and her experiences – be it as a woman in her 30s or 40s – have resonated with countless women across the globe. Talking about the appeal of the character in ‘Finding Ola,’ Sabri told Variety, “For women, their 40s is the toughest decade. Kids are still young, they still need you. You are still young enough to aspire to things in life, but you have less energy because of how segmented your life is. Your family is still around – your parents are probably still there – the generational transmission is still going on. So it’s very tough for any woman, anywhere in the world.” 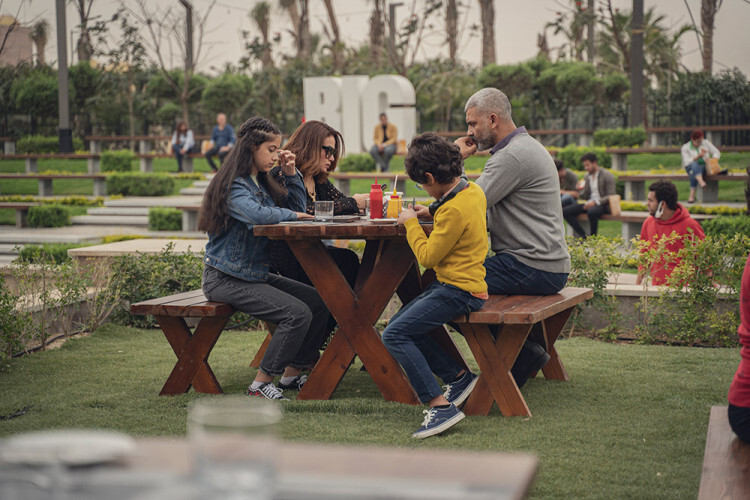 In the same interview, Sabri pointed out how the show depicts life in the Middle East in a refreshing light. She explained, “A window that for once doesn’t include weapons or terrorism. Just cozy houses and women baking and also clubs and pubs… I am really happy that we are portraying some kind of normality on an Arab show.” So, it is understandable why people might wonder if there is any truth to the show’s storyline. However, ‘Finding Ola’ does a great job of sparking off important social dialogues by mixing elements of reality with fiction.