Where is Foundation Filmed?

‘Foundation’ is a sci-fi series on Apple TV+ based on Isaac Asimov’s book series of the same name. The show, under David S. Goyer and Josh Friedman, follows an expansive, thousand-year saga of the struggle between The Foundation, a group of exiles, and the Galactic Empire. Set across a multitude of worlds across the galaxy, the narrative takes place amidst a truly breathtaking landscape. Building these worlds and bringing them to life is a daunting task, with the show’s production being one of the biggest of its kind in recent history. Are you wondering where ‘Foundation’ is filmed? We’ve got the story!

The show follows an extensive filming schedule that takes the production team across multiple countries. On-location filming is carried out in some truly spectacular spots that stand in for alien worlds, while studio filming is also used for large amounts of the production. The show is shot across Malta, the Canary Islands, Germany, Ireland, and Iceland, and principal photography seemingly kicked off on November 11, 2019.

Due to the COVID-19 pandemic, production was suspended on March 12, 2021, and subsequently resumed on October 6. The long production cycle, which lasted over 18 months, finally wrapped up in April 2021. Now let’s take a look at the specific filming locations used to bring the show to life.

Malta was initially supposed to play a minor role in the production, but after new restrictions were placed in London (likely due to the pandemic), filming in the archipelago nation was increased significantly.

The cast and crew members received special permission from the government, and filming was undertaken in early 2021. The country seemingly stands in for an alien water world, and the production makes extensive use of the Malta Film Studios. The facility boasts of one indoor and two massive outdoor water tanks, which are among the world’s largest and used in the shoot. The studios are located on St. Rocco Street in the village of Kalkara in South-Eastern Malta. Fort Manoel, located on Manoel Island in the town of Gżira in Central Malta, is also for on-location filming. The production also uses a few other locations around Malta for lensing.

The Long Room Hub Arts and Humanities Research Institute, part of Trinity College Dublin and located at College Green, is used for on-location filming. The impressive building has a distinctly futuristic look and makes for a fitting backdrop for the sci-fi series.

The show is filmed extensively in Ireland and uses The National Technology Park, which covers an area of 385 acres and is located in Castletroy suburb about 3 miles outside the city of Limerick. Troy Studios, situated on Plassey Park Road within the expansive business and technology park, is also used. The facility offers 100,000 square feet of stage space and contains the largest sound stages in the country.

‘Foundation’ also makes use of spectacular locations in the Spanish Canary islands. This includes filming in the municipality of Tuineje, located in the southern part of the island of Fuerteventura in the Las Palmas province. Surreal volcanic landscapes are also filmed on the island at the Caldera de Los Arrabales and the farms referred to as the Granja de Pozo Negro.

Filming also takes place on the island of Tenerife, in the city of Santa Cruz de Tenerife. Commonly referred to as Santa Cruz, it is one of two capital cities of the Canary Islands, with the other being Las Palmas de Gran Canaria. The production also uses the famous Iberostar Heritage Grand Mencey luxury hotel, located on Calle Dr. Jose Naveiras, 38.

With abundant alien landscapes scattered across the series, it comes as no surprise that filming also takes place in Iceland. Known for its spectacular and ethereal landscapes, the country has played host to many popular shows like ‘Game of Thrones’ and ‘Black Mirror.’ Filming for ‘Foundation’ takes place near the capital city of Reykjavik, and a crew of about 250 people was used for the filming of season 1. 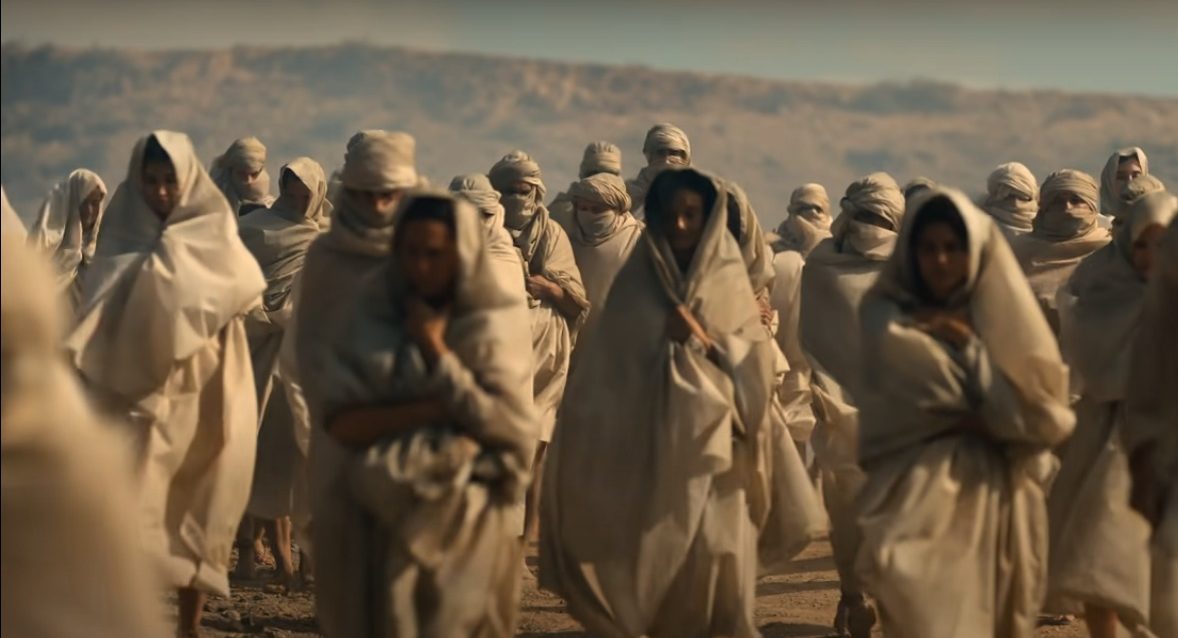